It’s been four months since the 94th Academy Awards ceremony where the shocking Will Smith-Chris Rock Oscars slap occurred. Now, Smith is taking a moment to issue a formal apology and answer questions about the incident.

The King Richard actor took to YouTube to deliver a more personal statement to Rock and and answer questions from fans in a video titled “It’s been a minute…” Smith spoke candidly about his actions and what he’s learned since his “unacceptable and harmful behavior” over four months ago.

“Why didn’t you apologize to Chris Rock in your acceptance speech?” repeated Smith as he read a fan’s question. “I was fogged out by that point. It’s all fuzzy,” he expressed. “I’ve reached out to Chris and the message that came back is that he’s not ready to talk. And when he is, he will reach out.”

Smith took his answer further and apologized to Chris Rock and his mother, acknowledging he didn’t think about the reverberating impact of his decision.

“Chris, I apologize to you. My behavior was unacceptable, and I’m here whenever you’re ready to talk,” the I Am Legend actor expressed. “I want to apologize to Chris’ mother. I saw an interview that Chris’ mother did, and that was one of the things about that moment I didn’t realize, and I wasn’t thinking about how many people got hurt in that moment.”

The comedian also acknowledged claims that he smacked Chris because his wife, Jada Pinkett-Smith, told him to do so. He declared that she had nothing to do with his decision.

Will Smith concluded his five-minute video with a statement echoed in his previous sentiments and throughout his career.

“Disappointing people is my central trauma. I hate when I let people down,” he said. “It hurts me psychologically and emotionally to know I didn’t live up to people’s image and impressions of me.

Will Smith then shifted his attention, speaking directly to all parties involved during the Oscars slap, stating he is “deeply devoted and committed to putting light and love into the world.”

Watch Will Smith’s apology video below.

FLO Is Apple Music’s New ‘Up Next’ Artist – VIBE.com 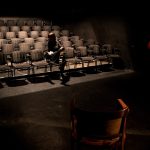