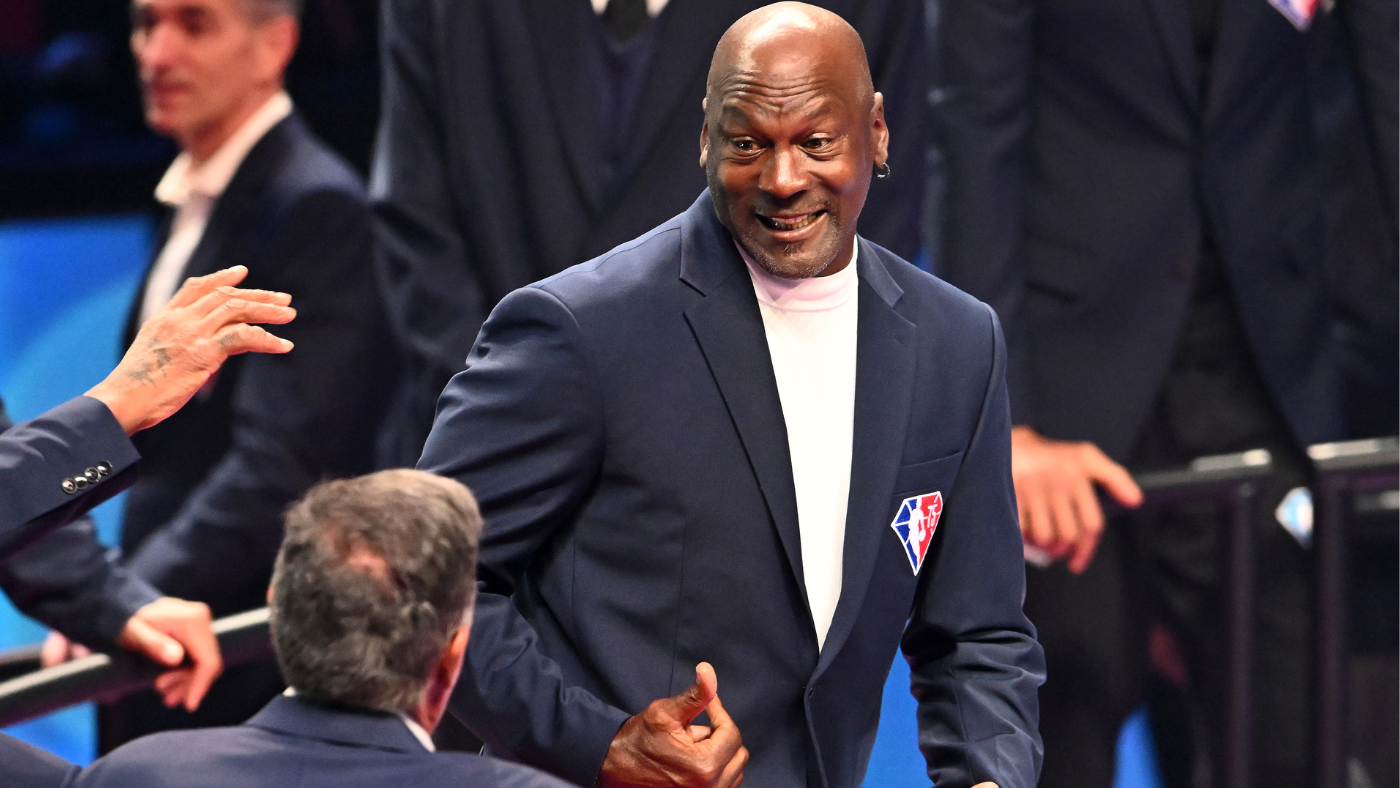 The NBA unveiled a complete overhaul of several of its highest-profile awards Tuesday morning, with five of them being renamed in honor of Hall of Fame players. The Defensive Player of the Year trophy has been named after Hakeem Olajuwon, with the trophy striking an uncanny resemblance to Olajuwon playing lockdown defense. The Rookie of the Year trophy shows a player palming two basketballs, similar to iconic photos of Wilt Chamberlain, who the trophy is named after, doing the same thing. The George Mikan trophy, which will be given to the league’s Most Improved Player, shows a gold figurine doing the Mikan Drill, while the John Havlicek trophy for Sixth Man of the Year shows a player pulling up for a running jumper in Havlicek’s likeness.

In four out of the five awards, the trophies resemble the player it’s named after. But for the MVP trophy, which has been named after Michael Jordan, that isn’t the case.

Instead, the MVP trophy shows a player rising out of a rock at the base, reaching up towards a crystal basketball, which is meant to symbolize “an MVP’s endless chase for greatness.” But nothing about the trophy resembles Jordan, which was a purposeful tactic from M.J. himself. According to Mark Smith, who is a Jordan brand designer and who worked in conjunction with Jordan and the NBA to design the trophy named after him, the six-time champion didn’t want the trophy to bear any resemblance to him.

“He was really keen on saying, ‘Look, what’s the name of the award?’ It’s Michael Jordan Most Valuable Player award for the NBA. That says it all. No matter what’s on top. That’s really it,” Smith said via the Charlotte Observer.

Smith then went on to explain Jordan’s reasoning behind that decision.

“This is straight out of his language, ‘The player should see themselves in this, not me,'” Smith said. “When he said ‘not me’ it clicked right away. I said, ‘OK, this is a universal theme. This isn’t a man in a uniform. This is a human form reaching for that.’ And the story of raw-to-refined really became how to bring all that together. That was a great challenge. It was a fabulous challenge.”

That may seem like a pretty shocking explanation coming from the most competitive NBA player in league history. This is a guy who never shied away from embarrassing teammates in practice, or opponents on the court. Given his lasting legacy on the game, it’s somewhat surprising he didn’t want the MVP award to be built in his likeness, especially given the countless poses that could’ve been used for the award. However, the most iconic Jordan pose, the one from the 1988 dunk contest that spawned a shoe empire and brand under the Nike umbrella likely couldn’t have been used due to trademark issues, so perhaps that also went into some of the reasoning.

That aside, though, despite Jordan’s ultra-competitive nature and confidence, which often got him labeled as a jerk and cocky when he was in the league, whenever he spoke about who the greatest in league history was, he always paid respect to those who came before him. In a 2009 interview, Jordan said that he would never call himself the greatest player, saying: “I think it disrespects Wilt Chamberlain, Jerry West…I would never say that I am the greatest player. That’s because I never played against all the people that represented the league prior to Michael Jordan.”

Given Jordan’s continual deflection of being called the G.O.A.T, it makes sense then that he didn’t want the MVP trophy to resemble him, but instead leave room for each player who wins the award to see themselves in it.