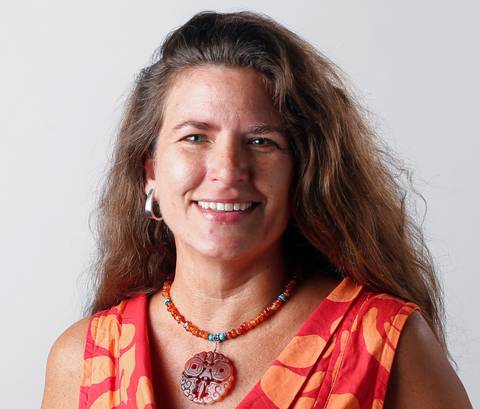 Widespread power outages caused by vandalism of electrical substations in Moore County continued on Sunday, with electricity shut off to nearly all residences and businesses, and estimates for restoration of power stretching possibly into Thursday, officials say.

The outages are the result of intentional damage by firearms to two substations in the county, according to Moore County and Duke Energy officials.

Moore County Sheriff Ronnie Fields, who at a Sunday afternoon press conference called the perpetrators “cowards,” announced a Sunday curfew from 9 p.m. to 5 a.m. The curfew is part of a countywide state of emergency proclamation, effective 4 p.m. Sunday.

“No group has stepped up to acknowledge or accept that they’re the ones who’ve done it, so I call them cowards,” Fields said.

Fields said that all available local law enforcement officers are working on the case, assisted by State Bureau of Investigation and FBI agents.

What happened in Moore County

Fields said at Sunday’s press conference that power outages began shortly after 7 p.m. Saturday and then spread throughout central and southern Moore county.

Jeff Brooks, a spokesman for Duke Energy, explained that the first substation went offline between 7 and 8 p.m. Saturday night, with a second substation following. About 45,000 customers were affected.

Fields confirmed that the damage was caused by a firearm. State and local law enforcement were called in to provide security at substations overnight.

Gov. Roy Cooper on Twitter Sunday said he has spoken with Duke and state law enforcement officials about the outages.

“They are investigating and working to return electricity to those impacted. The state is providing support as needed,” he tweeted.

Duke reported about 38,000 residences and businesses remained without power Sunday. It provides power to nearly the entire county.

The outage hit Moore Regional Hospital, which switched to generator power. A hospital spokeswoman in a message to staff said the outage did not affect patients.

“The Moore campus is safely operating on backup generator power and we have not experienced any issues or concerns,” Gretchen Kelly said. Kelly told The N&O on Sunday that the hospital has enough fuel on hand for several days for generator power and plans in place to obtain more fuel as needed.

Mike Cameron, Southern Pines’ assistant town manager and fire chief, said the power outage caused several accidents, including a four-vehicle wreck at the intersection of Morganton Road and U.S. 15-501 in Southern Pines that sent four people to the hospital with minor injuries.

“The car wreck was totally because the stop lights were out,” he said, adding that the NCDOT has since been putting up temporary stop signs to help with traffic navigation.

Firefighters were also busy responding to residents concerned about how the outage would affect vital medical equipment, while police responded to triggered alarms and reports of break-ins, Cameron said.

Fire, police, water and sewer services are all operating on generators, he said.

Estimates of prolonged outages could make for a rough night for Moore County residents as The Weather Channel is forecasting temperatures to drop just below freezing into Monday morning.

“There is some damaged equipment that has to be repaired or replaced and it is possible this outage could be extended past today,” he said.

The Pilot in Southern Pines reported that a news release from the Moore County Sheriff’s Office said “evidence was discovered that indicated that intentional vandalism had occurred at multiple sites.“

Fields said Sunday that state and federal investigators are looking into protesters of a Saturday drag queen show at Sunrise Theater in downtown Southern Pines, but that so far they have not been able to make that connection.

Earlier in the day Saturday, protesters had gathered outside the theater, upset about a drag show planned for the small venue later that night.

On her Facebook page, Emily Grace Rainey, an outspoken opponent of the drag show, posted an invitation to the protest at the theater. After the lights went out out, Rainey, who became known in Moore County during the pandemic for her opposition to mask mandates, posted on Facebook that, “The power is out in Moore County and I know why.”

Later, she posted that the Moore County Sheriff’s Office had come to her house to ask about the outage.

“I welcomed them to my home,” wrote Rainey, who organized a group of Moore County residents to travel to Washington on January 6, 2021. “Sorry they wasted their time. I told them that God works in mysterious ways and is responsible for the outage. I used the opportunity to tell them about the immoral drag show and the blasphemies screamed by its supporters.”

Rainey said, “I told them God is chastising Moore County, thanked them for coming, and wished them a good night. Thankful for the LEOs service, as always.”

Fields acknowledged that officers had questioned Rainey about her online posts, but said the information she had posted online was false.

The drag show started at 7 p.m. and was under way when the power went out. Headliner Naomi Dix of Durham kept the show going until almost 9 p.m.

“I asked that everyone turn on their phone flashlights to illuminate the room,” Dix said. “I then lead the crowd in singing Beyoncé’s ‘Halo.’”

Martha Quillin is a general assignment reporter at The News & Observer who writes about North Carolina culture, religion and social issues. She has held jobs throughout the newsroom since 1987.