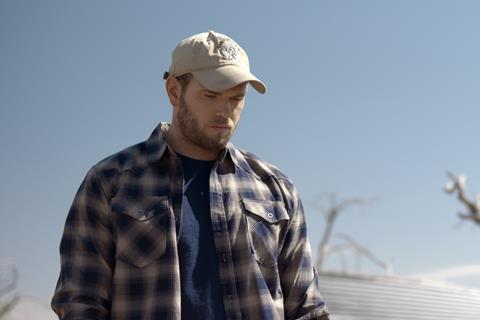 The story follows a recently paroled convict (Lutz, from the Twilight franchise) who returns to the small town where he committed a murder as the local sheriff (Heche, Six Days Seven Nights, Wag The Dog) investigates another mysterious homicide which may be related.

The town pastor (Williams), whose wife was murdered, crosses paths with the parolee and is forced to reconcile his pain and anger with forgiveness. Marcus Gladney Jr., Stelio Savante, and Juliana Destefano round out the key cast.

Nathan Scoggins directed from his original screenplay. The film was produced by Ralph Winter who has produced blockbusters such as the X-Men, Fantastic Four and Star Trek. Korey Scott Pollard and Sean Doherty serve as executive producers and Doherty’s Sharpened Iron Studios co-financed the film.

“The cast and crew of What Remains made this film with our whole hearts,” said Scoggins. “In looking for a partner to help us sell the film internationally, I was hoping for the same passion. Carlos and the Premiere team have matched our passion with theirs, and I’m thrilled to be working with them. What Remains is about universal themes of forgiveness and redemption; I’m excited for audiences worldwide to experience this story.”

“We are elated to team up with Nathan and introduce this gripping murder mystery to our international buyers,” said Carlos Rincon, SVP of acquisitions at PEG. “The film resonated with me on a deeply spiritual level as it grappled with heavy issues involving our ability to forgive, even the worst of sins such as murder.”

Elias Axume and Carlos Rincon negotiated the deal on behalf of PEG with Scoggins.

PEG’s AFM sales slate includes in-house productions Palido with Kellan Lutz and Shrapnel starring Jason Patric, both of which are in post-production.