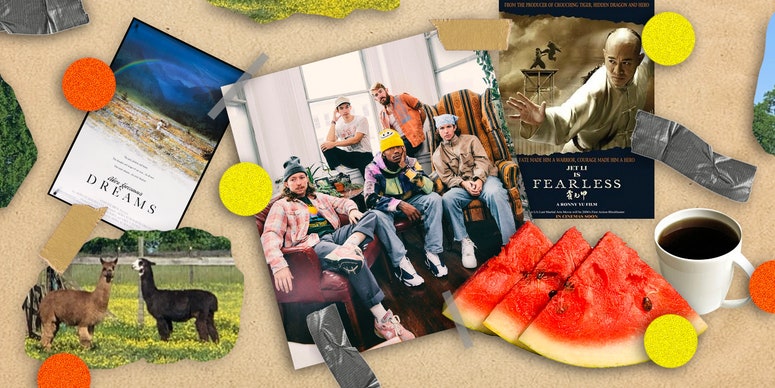 Turnstile are parting ways with founding guitarist Brady Ebert, the band announced in an Instagram story (viewed by Pitchfork). “We are deeply grateful for our time together,” Turnstile wrote. “Our love for him continues and we wish him nothing but the best moving forward.” Find the band’s full message below.

Ebert and vocalist Brendan Yates co-founded Turnstile in 2010 with bassist and vocalist Franz Lyons, drummer Daniel Fang, and guitarist Sean Cullen (who eventually left the band and got replaced by Pat McCrory). Ebert performed on all three of the band’s studio albums, including last year’s Glow On.

Ebert played with Turnstile for the group’s “Tiny Desk (Home) Concert” that premiered in January, as well as on an episode of Jimmy Kimmel Live! that aired in March. Ebert was not present, however, for the band’s performance on a May episode of The Tonight Show Starring Jimmy Fallon; Greg Cerwonka instead played guitar with Turnstile on Fallon. According to BrooklynVegan, Cerwonka had been performing with the band during a run of spring shows. A press release for the band’s upcoming fall tour noted Ebert as a band member and made no mention of Cerwonka.

Pitchfork has reached out to Turnstile’s representatives for comment and more information.

We are deeply grateful for our time together. Our love for him continues and we wish him nothing but the best moving forward.