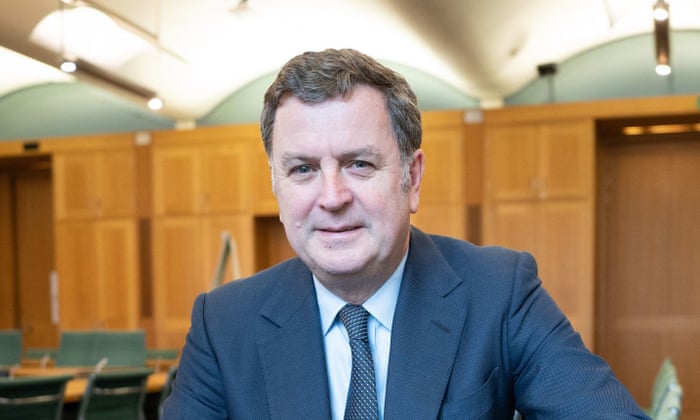 The cross-party Commons Treasury committee has expressed concerns about reports that Liz Truss, the frontrunner in the Tory leadership contest, may hold an emergency budget in September without asking the Office for Budget Responsibility to update its fiscal and economic forecast.

The OBR usually publishes a new forecast alongside a budget, and it provides an independent assessment of what impact the budget measures will have. The system was put in place by George Osborne to discourage the Treasury from making dubious claims about what its tax and spending announcements might be able to achieve.

Mel Stride, the Conservative MP (and Rishi Sunak supporter) who chairs the committee, has written to the Treasury and the OBR asking for assurances that both organisations are doing what they can to ensure that the OBR can produce a new forecast in time for a possible budget on 14 or 21 September. Stride said:

OBR forecasts provide transparency and reassurance to the markets on the health of the nation’s finances. As a committee, we expect the Treasury to be supporting and enabling the OBR to publish an independent forecast at the time of any significant fiscal event, especially where, unlike other recent fiscal interventions, this might include significant permanent tax cuts.

Whether such an event is actually called a budget or not is immaterial. The reassurance of independent forecasting is vital in these economically turbulent times. To bring in significant tax cuts without a forecast would be ill advised. It is effectively ‘flying blind’.

Truss has not confirmed that she would stop the OBR producing a new forecast ahead of a September budget. Her allies have suggested that there might not be time for the OBR to do the work, but OBR sources dispute this.

Mel Stride, the Conservative MP who chairs the Commons Treasury committee and who is supporting Rishi Sunak for the Tory leadership, agrees with Paul Johnson’s assessment of Liz Truss’s tax plans. (See 8.52am.)

Hundreds of doctors in Wales are now more likely to leave the Welsh NHS as a result of a “disappointing” pay deal announced last month, the British Medical Association has claimed. PA Media reports:

More than a third of the 1,397 doctors who responded to the BMA Cymru survey said they are angry over the Welsh government’s offer of a 4.5% wage increase.

Some 79% of them said the below inflation pay rise, which will apply to consultants, junior doctors and GPs, had further decreased morale.

Three times as many members responded to their survey compared with last year, which the BMA said shows the strength of feeling within the profession.

Over half of those – more than 700 doctors – said the latest pay decision meant they were more likely to leave the health service.

The National Grid has doubled the length of its annual emergency gas shortage drill from two to four days as the energy industry braces for supplies to potentially run out over the winter, my colleague Jasper Jolly reports.

Philippe Commaret, managing director of EDF, has become the latest energy company boss to warn that customers are facing a dire winter. Announcing an initiative by the firm to ensure customers know what they can do to reduce their bills, Commaret told BBC Radio 4’s Today programme:

We face, despite the support that the government has already announced, a dramatic and catastrophic winter for our customers.

In fact, in January half of the UK households might be in fuel poverty. That’s the reason why we want to take actions in order to do everything we can do in order to help our customers.

Commaret also said the government should consider a wide range of measures to keep bills down. He said:

I think that all ideas in order to keep the bills for customers flat are really important and have all to be considered. There is not only one lever to be pulled but all levers have to be pulled right now because we face a catastrophic winter.

A record 1,295 migrants arrived in the UK on Monday after crossing the Channel, PA Media reports. It is the highest daily total since current records began in 2018. PA says:

Some 27 boats made the journey, the provisional Ministry of Defence (MoD) data said, which suggests an average of around 48 people per boat.

Babies and several other young children, including some wrapped in blankets and wearing woollen hats, were among those seen being brought ashore in Dover on Monday.

Life vests were pictured lying in piles on the Kent dockside after dinghies and other vessels were intercepted in the Channel.

The crossings came after a three-day hiatus between Friday and Sunday when no arrivals were recorded.

More than 22,600 people have arrived in the UK after navigating busy shipping lanes from France in small boats such as dinghies so far in 2022, according to the figures.

Yesterday the polling company Redfield and Wilton Strategies published a poll that suggests Labour has a 12-point lead over the Conservatives, its largest lead since Boris Johnson resigned.

The Redfield and Wilton polling suggests that, soon after Johnson resigned, Labour’s lead shrunk – perhaps because, with Johnson on his way out, one of the factors that made the Tories unpopular was no longer in play. But more recently the Labour lead has started to grow again. That might be a consequence of growing alarm about the energy bills crisis, and support for Labour’s plan for a price cap freeze (a rare example of a policy announcement that seems to have single-handedly generated a significant poll boost). And it may be the case that, the more people see of the Tory leadership contest, the less they like the party. Here is a UK poll of polls from Politico, showing how average polling results (based on figures from all major polling organisations) have fluctuated in recent weeks.

Nicola Sturgeon, Scotland’s first minister, is to chair a special summit to discuss what can be done to mitigate the impact of soaring energy bills, PA Media reports. PA says:

With warnings that the average amount UK households pay for their gas and electricity could reach £6,000 next year, Sturgeon is bringing together representatives from both the power companies and consumer groups to consider what support can be provided.

Sturgeon has already warned many families will face “destitution and devastation” if energy prices increase again in October.

The energy price cap currently limits payments for domestic customers to a maximum of £1,971 a year. But regulators at Ofgem are due to announce the revised limit on Friday – when the cap is expected to rise to £3,576, with further increases then expected in 2023.

The Poverty Alliance director, Peter Kelly, welcomed the summit, which his organisation will be attending along with Energy Action Scotland.

Kelly said: “Across the country, people are increasingly being swept up amid a rising tide of hardship. But with the energy price cap due to increase in October, that tide threatens to become a flood. Households up and down Scotland are terrified of what the colder months will bring and the likelihood is that – without further action – lives and life chances will be at risk. The situation could scarcely be more urgent.”

Energy suppliers Scottish Power, Ovo Energy and E.ON are also due to take part in today’s summit, with Sturgeon having already insisted that the rise in the cap in October “can’t be allowed to go ahead”.

Sharon Graham, the Unite general secretary, told Sky News that she would like the Labour party to be more “upfront” about supporting workers. In an interview with Sky News, mostly about the strike by dock workers at Felixstowe, she said:

I really stood on a mandate that I wanted unions to go back to what it says on the trade union tin – focus on jobs, pay and conditions – and that’s what I’ve been doing.

Of course I would like Labour to do more, of course I want them to do more to support workers in a more upfront way. But, quite frankly, what I’m focused on is the job at hand.

Good morning. We will hear from Boris Johnson for the first time since he got back from his holiday in Greece later today when he gives a speech to the International Crimea Platform, a virtual conference organised by the Ukrainian government, at 12.30pm. Tomorrow marks the six-month anniversary of the (most recent) Russian invasion of Ukraine.

The Conservative leadership contest has not been going on for quite that long (although it may feel like it) and at 7pm tonight Liz Truss and Rishi Sunak will take part in the 10th official party hustings, in Birmingham. Truss remains the clear frontrunner, but her attempt to present herself to the party as the new Margaret Thatcher took a knock last night when Paul Johnson, head of the Institute for Fiscal Studies, the highly respected public spending thinktank, said her policies were more like those of Edward Heath. It is almost 50 years since Heath left office, but he remains a potent hate figure for many Tory rightwingers (which, given the current composition of the party, means many Tories).

Johnson is not the first person to make this point about Truss’s policies. In an interview earlier this month, Michael Howard, the former party leader, revived the memory of the “Barber boom” as he explained why he thought Truss’s tax cuts would lead to higher inflation, more borrowing, recession and a Labour government (as Anthony Barber’s did under Heath).

Truss, of course, does not agree. Ahead of tonight’s hustings she has set out her plan for the West Midlands economy. Here is an extract from the press release.

Liz’s bold plan for the economy will tackle the Treasury orthodoxy and unleash the power of the private sector through lower taxes, better regulation and supply side reform. She will unshackle the private sector and get behind West Midlands firms, using their growth to turbocharge the UK economy.

Liz’s low tax, low regulation investment zones will empower local leaders to bring new investment into the areas that need it most. A Truss government will deliver key infrastructure projects including the Midlands rail hub and support Andy Street [the Conservative West Midlands mayor] to deliver the Wednesbury to Brierley Hill metro extension in full – and his efforts to obtain the necessary funds, including via the new devolution deal. She will also put the government’s full weight behind efforts to bring a battery gigafactory to the West Midlands, ensuring that the region continues to play a critical role at the forefront of our economic development.

I try to monitor the comments below the line (BTL) but it is impossible to read them all. If you have a direct question, do include “Andrew” in it somewhere and I’m more likely to find it. I do try to answer questions, and if they are of general interest, I will post the question and reply above the line (ATL), although I can’t promise to do this for everyone.

If you want to attract my attention quickly, it is probably better to use Twitter. I’m on @AndrewSparrow.

Alternatively, you can email me at andrew.sparrow@theguardian.com