Tom Kean Jr., a New Jersey Republican locked in the state’s most competitive congressional race, has refused to debate his primary opponents.

He has avoided talking to most reporters.

And he has dodged questions about whether he agrees with the Republican National Committee’s characterization of the deadly Jan. 6 insurrection at the Capitol as “legitimate political discourse.”

Mr. Kean, the scion of a storied political family, has adopted what appears to be a core strategy as he tries to avoid alienating moderate swing voters while facing challengers from the right: to keep his mouth, basically, shut.

“I’m calling it the vow of silence,” said Micah Rasmussen, director of the Rebovich Institute for New Jersey Politics at Rider University.

Julie Roginsky, a Democratic political consultant, said a key question will be whether Mr. Kean’s strategy — however cynical — works.

“Did Tom Kean figure out a winning formula in these kinds of swing districts? Which is to say nothing?” she said.

“Then use the media’s castigation of you for keeping your mouth shut as a dog whistle to the base?” she added.

Whether the political calculation works or not, the results of next month’s primary are likely to be seen as a measure of former President Donald J. Trump’s grip on the G.O.P. in a state better known for a moderate brand of Republican politics once epitomized by leaders like Mr. Kean’s father, a popular two-term governor.

Most of Mr. Kean’s six primary opponents have tried to dent his credentials as a conservative as they compete for the attention of voters loyal to Mr. Trump.

One opponent, State Assemblyman Erik Peterson, a leader among Republican lawmakers who staged a public challenge to a State House Covid-19 vaccine mandate, said Mr. Kean had “never been a conservative until this race.” Another, Phil Rizzo, a former evangelical Christian pastor who has promoted Mr. Trump’s claims of voter fraud and said he remained unconvinced of President Biden’s victory, has highlighted what he calls Mr. Kean’s “liberal voting record.”

A former state assemblyman and senator, Mr. Kean, 53, has the institutional support of county and state leaders and a prime spot on ballots. The large field of candidates is expected to splinter the conservative vote, benefiting Mr. Kean, who has raised nine times as much campaign cash as his next closest opponent, Mr. Rizzo.

If Mr. Kean wins the primary on June 7, he is likely to again face the incumbent, Tom Malinowski, a second-term Democrat who narrowly beat Mr. Kean in 2020.

The primary may also offer hints about whether Republicans in vital swing districts will remain as energized as they appeared to be last year.

Largely affluent and suburban, the Seventh Congressional District is filled with the type of well-educated swing voters who helped Democrats across the country flip control of the House in 2018 and who are seen as crucial to November’s midterm elections.

Registered Democrats in New Jersey outnumber Republicans by more than one million voters. Yet Republican turnout surged in November, and Gov. Philip D. Murphy, a Democrat, won a second term by a far narrower margin than expected. The Democratic Party retained control of the Legislature but lost seven seats, including one held by the powerful Senate president, Stephen M. Sweeney.

“The question is going to be whether or not Republican enthusiasm continues to be at an elevated rate,” Professor Rasmussen said.

Mr. Kean’s campaign said he was not available for an interview and said it did not provide his public schedules, while noting that he planned to attend several parades and events over Memorial Day weekend.

Last weekend, at a large block party that drew candidates for state and federal races, Mr. Rizzo was filmed asking Mr. Kean, “We going to debate or not?” Mr. Kean did not respond, and Mr. Rizzo, 45, posted the video on Twitter.

At the same time, Mr. Kean has actively played to the more conservative wing of the G.O.P., a fact the Democratic Congressional Campaign Committee has tried to exploit in regular email blasts.

Mr. Kean stood with Kevin McCarthy, the polarizing Republican minority leader of the U.S. House of Representatives, to announce his candidacy. He traveled to the Mexican border to highlight his opposition to Mr. Biden’s immigration policy, even though it is not an issue that separates him from his primary opponents.

“What we are witnessing in Washington,” the statement read, “is not how our democracy is supposed to function.”

But he remained silent earlier this year as other prominent New Jersey Republicans like former Gov. Christine Todd Whitman and Leonard Lance — who in 2018 lost to Mr. Malinowski — signed a letter calling the Republican National Committee’s stance on the Jan. 6 events “an affront to the rule of law, peaceful self-government and the constitutional order.”

The state’s largest news outlet, The Star-Ledger, criticized his decision not to take a position in an editorial that ran under a headline that described Mr. Kean as a “cowering candidate.”

The Seventh Congressional District takes in New York City commuter towns like Westfield, where Mr. Kean lives, reaches north into one of the most conservative sections of the state and west into well-heeled communities dotted with genteel estates.

With a winning mix of college-educated voters and, in 2018, widespread anti-Trump fervor, it was one of four New Jersey congressional districts that flipped to Democratic control during the last midterm cycle.

But Mr. Trump is no longer in the White House and Mr. Biden’s popularity is waning. 401(k) retirement plans have stopped their meteoric ascent. And gas prices are ticking toward $5 a gallon as affordability becomes the watchword among politicians.

Then, late last year, Mr. Kean’s odds of winning got better: The district’s boundaries were redrawn to include more Republican-dominant towns in a process designed to reflect statewide demographic shifts in the 2020 census. The nonpartisan Cook Political Report has since assigned the race a “leans Republican” rating.

Morris County offers a vivid example of the type of political shift that contributed to Mr. Biden’s victory. It is roughly 70 percent white, more than half of its residents have four-year college degrees and the median income is $117,000.

Republicans outnumber Democrats there by 21,000, but that advantage has narrowed since 2016, when the G.O.P. had a 39,000 voter edge, according to New Jersey’s Department of State.

In 2016, Mr. Trump beat Hillary Clinton by 9 percentage points among voters in the portion of Morris County then included in the Seventh Congressional District, according to the Daily Kos. Four years later, Mr. Trump lost to Mr. Biden there by less than 1 percentage point.

Ms. Roginsky said November’s elections will offer a window into whether the swing voters who cast ballots against Mr. Trump remain in the Democratic fold when the polarizing former president is not on the ballot or in the White House.

“Whether that realignment is permanent — or whether that was just a reaction to Donald Trump’s presidency,” she said. “That to me is the biggest question mark of this election.”

One unknown factor is abortion, and how a possible decision by the Supreme Court to overturn Roe v. Wade, the legal precedent that has for nearly 50 years given women a right to terminate pregnancies, might energize female voters.

Another is an investigation by the House Committee on Ethics into allegations that Mr. Malinowski failed to properly disclose hundreds of thousands of dollars in stock trades. Mr. Malinowski has blamed “carelessness on my part” for the lack of disclosure and said he regretted and took full responsibility for it.

Mr. Rizzo and Mr. Peterson, who has been endorsed by New Jersey Right to Life, both said they do not believe abortion had factored heavily into the primary race against Mr. Kean, who voted against a bill that codified abortion rights in New Jersey.

Mr. Rizzo, a real estate developer, does not live within the district where he is running, but said he and his family were in “a process of moving” there. He came in second in last year’s Republican primary for governor, and said the attraction voters have to people like him and Mr. Trump — whom he said he did not vote for in 2016 — was uncomplicated.

“We have two parties in New Jersey: the political class and everybody else,” Mr. Rizzo said. “And nobody’s representing the everybody else.”

October 5, 2022
Breaking the dichotomy, Part 1: Nuance in an unnuanced and volatile politics

Breaking the dichotomy, Part 1: Nuance in an unnuanced and volatile politics

October 5, 2022
Explorations in French Health Care! (Or what I did on my vacation!) – The Health Care Blog 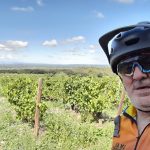 Explorations in French Health Care! (Or what I did on my vacation!) – The Health Care Blog

October 5, 2022
Exciting Eclectic Mix of Entertainment Is on the Bill at the Hopewell Theater 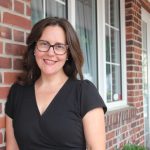 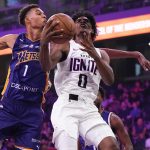 2023 NBA Draft: Victor Wembanyama, Scoot Henderson impress in battle of No. 1 vs. No. 2 prospects