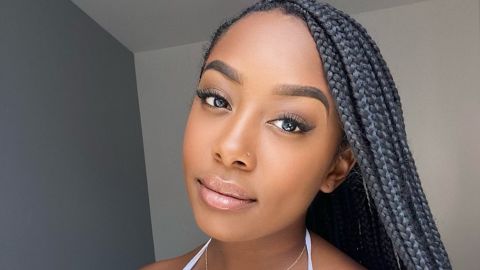 Families of three Americans who died from carbon monoxide poisoning in a rented residence in Mexico City ahead of Dia de Los Muertos – or Day of the Dead – celebrations identified them as two New Orleans teachers and the owner of a Virginia Beach-based candle business.

Jordan Marshall, 28, a 12th-grade English teacher, was curious and loved different cultures, his mom told CNN on Wednesday, while his friend, Courtez Hall, 33, was a seventh-grade social studies teacher in the city. According to his sister, he loved to sing and dance and “was the jokester of the family.” Kandace Florence, 28, meanwhile, had a “pure” heart and mind and spurned negativity, her mother said.

The three friends were staying at an apartment they’d found on Airbnb in the Mexico capital’s La Rosita neighborhood. The Mexico City attorney general’s office launched an investigation October 30, looking into the “death of three foreigners, derived from possible poisoning by gas inhalation.” Expert studies indicate the gas was carbon monoxide, the attorney general’s statement said.

After detecting an intense smell of gas in the apartment, security guards at a residential complex requested support from local authorities, the statement said, and the agents who arrived found the bodies of a woman and two men.

Paramedics determined they were dead at the scene, the report said. The attorney general’s office has ordered investigations.

“We continue to provide all appropriate consular assistance to the families,” the department said in a statement. “Out of respect for the privacy of the families, we have nothing further to add at this time. … We once again offer our sincerest condolences to the families on their loss.”

Carbon monoxide is an odorless gas found in fumes from fuel burned in vehicles, ranges/stoves, lanterns, grills, fireplaces or furnaces, according to the CDC. Symptoms of prolonged inhalation include headaches, dizziness, weakness, upset stomach, vomiting, chest pain, and confusion.

Freida Florence provided a harrowing account of how she learned her daughter had died. One of her sons called and reported, “‘Mom, Kandace is no longer with us,’ and he repeated it several times,” she said. It took hours to process his words.

“I was despondent. I was emotionally distraught,” she said.

Kandace Florence’s boyfriend, Viktor Day, checked in on her the morning of the day she died. She texted him back around 4:10 a.m. ET to say she did not feel well, emotionally or physically, he told CNN.

“What’s wrong?” he replied, and she said wasn’t well and wanted to go home. She said she felt like she had been drugged, Day said. When they touched base on FaceTime, she looked distressed, he said.

He tried to reach her later in the morning, to no avail, he said, so he contacted Marshall, her childhood friend from Virginia.

After not hearing back from Florence or Marshall, Day reached out to the Airbnb host in Mexico City to ask they perform a wellness check.

“Maybe 10 to 15 minutes later, she writes back that all three are in the apartment and they were found all unresponsive with no vital signs, and emergency services had been contacted,” Day said. “My heart sank.”

One of Freida Florence’s sons flew to Mexico City on November 2 and identified her the next day. Her body has been returned to Virginia but has yet to clear customs and the family is working with a funeral home to obtain her remains.

“I still have not set eyes on my daughter,” the mother said of her youngest child. “She was my darling daughter – my dreamer, my creator.”

During the Covid-19 pandemic, Kandace Florence started a candle business, Glo Through It, telling her mom that people were shut in and hurting and she wanted to “bring light to them,” Freida Florence recalled. “I was so proud of her.”

Freida Florence and Day spoke of her positive nature, and Day said Kandace was an ambitious, hard worker with a “sense of exploration, wanting to experience and sense new things.” She would’ve celebrated her 29th birthday Thursday.

“She was just a beautiful soul,” he said. “She was a spark of light. She was very friendly, a perfect human being. That’s what hurts the most.”

Added her mom, “She had a pure heart, a pure mind and would not tolerate negativity at all.”

“He was a bright ray of light, and anyone who came in contact with him never forgot him. We’ve been getting so much love and support from people from all over,” she said. “Jordan was very intellectual and curious. He loved to be immersed in different cultures. He was very passionate about his students and was a very passionate educator.”

TaNaja Williams, Hall’s niece, said she was shocked to learn her uncle had died. She called him “the light of my life” and said she’d miss him immensely.

“Any time he walked into the room, it was pure joy and happiness,” she said. “We both loved music. We would always sing together, and I will miss that.”

Her mother – Hall’s sister, Tanieeka – said she will miss everything about her brother.

The school where Courtez Hall teaches released balloons in his honor last week, and the students and his fellow teachers were visibly emotional, Tanieeka Hall said.

The trio traveled to Mexico City for the Day of the Dead holiday, Jennifer Marshall said. Celebrations, which typically spread through Mexico on November 1 and 2, honor departed loved ones and take on a lively tone with attendees sharing poetry and breaking sweet bread together. Elaborately decorated skulls and skull-shaped candies are a regular feature.

Jordan Marshall’s mother traveled to the capital and identified his body, Jennifer Marshall said. After going through a series of steps, she repatriated his body to the United States, she said.

Hall’s family learned of his death when the US Embassy called his mother October 31, his mother’s birthday, Tanieeka Hall said. An embassy official told the family he’d been found unresponsive and that foul play was not suspected, the sister said.

“For her to receive that news on her birthday was extremely devastating,” she said.

The Hall family is working to bring his body home and has set up a GoFundMe campaign to help with funeral expenses, Tanieeka Hall said.

Airbnb called the deaths a “terrible tragedy” and said it stood ready to assist with any inquiries.

“Our thoughts are with the families and loved ones as they grieve such an unimaginable loss. Our priority right now is supporting those impacted as the authorities investigate what happened,” the online home rental company said in its statement.

Jennifer Marshall would like Airbnb and similar services to mandate the use of smoke and carbon monoxide detectors so future tragedies can be avoided, she said. It was not immediately known whether there were working detectors in the apartment.

“We want to make sure his death was not in vain,” Jennifer Marshall said.

Airbnb strongly urges hosts to install carbon monoxide detectors in their residences, it says, and offers free detectors to hosts.

News of the deaths comes just months after reports that three Americans died of carbon monoxide poisoning at a Sandals resort on Bahamas’ Great Exuma island.

Two couples reported feeling ill the night of May 5 and were seen by medical staff, Bahamian police said.

The next day, Michael Phillips, 68, and his wife, Robbie Phillips, 65, of Tennessee, and Vincent Paul Chiarella, 64, of Florida, were found dead in their villas. Chiarella’s wife, Donnis, 65, was airlifted to the capital, Nassau, for further treatment before being transferred to Florida.

November 29, 2022
Virginia law enforcement worker killed in shootout with deputies after murdering family of teen he had catfished, police say