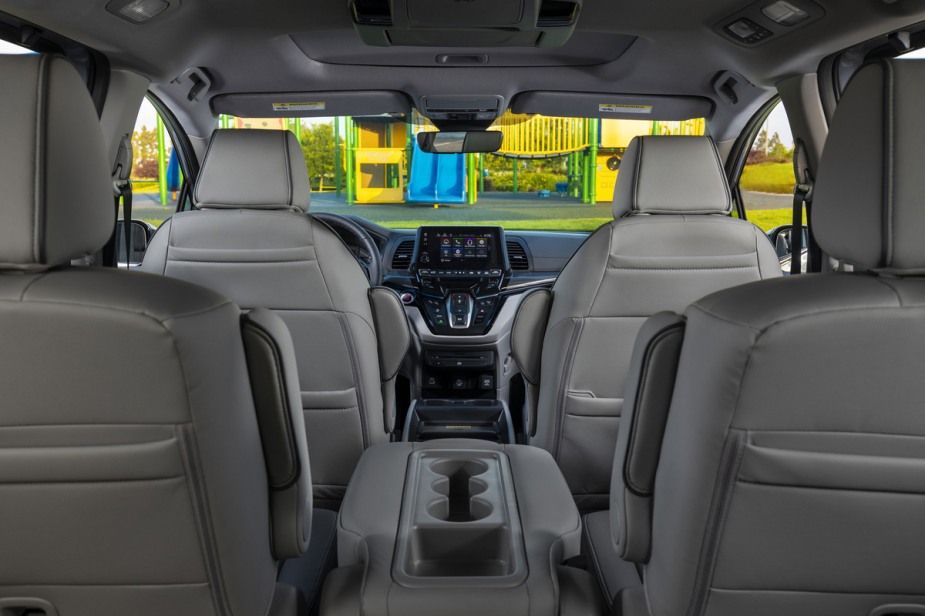 The Honda Odyssey is the kind of minivan that has some serious staying power as one of the best minivans. It’s long been a favorite of parents who have to load up their vehicles with kids, their friends, and a boatload of sports equipment. Because of the popularity of minivans, things like the technology in them have been improving over the years. Now the 2022 Honda Odyssey has the Best Minivan Tech, according to Parents Magazine. Here’s what you’ll get in the new Odyssey.

The 2022 Honda Odyssey has the best technology

The 2022 Honda Odyssey is the minivan with the best technology, according to Parents Magazine. The parenting magazine says that the Odyssey is, “Family-friendly and tech-loaded, the Honda Odyssey has the most versatile, customizable cabin of any minivan.” That’s a huge selling point for a minivan, as parents often want something that has up-to-date technology that’s easy to use.

One of the coolest parts about the 2022 Honda Odyssey‘s technology is its entertainment screen. It has a drop-down screen that includes both wireless headphones as well as ports to plug in headsets, if preferred (or for when your kids lose or break the wireless headsets).

The Honda Odyssey is easy to clean

RELATED: This Japanese Automaker Has More American-Made Vehicles Than Ford

Kids are notoriously messy, especially younger ones. And since it’s often parents of younger children who gravitate towards minivans, those in the market for a new one will be happy to know that one of the best parts about the 2022 Honda Odyssey‘s technology is that it comes with a built-in vacuum cleaner. It also has berber carpeting, which will make it super easy to vacuum up all the cereal your kids are undoubtedly going to crush into the floor of your minivan.

In addition, Parents Magazine notes that the Odyssey has plenty of LATCH systems; five, to be exact. There are three in the second row and two in the third row. For those who have five young kids, this will be a huge selling point. Even for those who have fewer kids, the ability to change up where they sit will give you tons of versatility.

Another one of the best parts of the 2022 Honda Odyssey is that it comes with a Cabin Watch system. This makes it easy to keep an eye on your kids. This works by allowing parents to see every face in the minivan on a camera in the front row. You can even talk to the people in the third row via an intercom system.

In addition, both adults and older kids or teenagers can share their music. There’s a Social Play List system that allows people to share their music via BlueTooth. Of course, this means that you just might have to listen to whatever your teenagers want.

If you’re in the market for a new minivan and you want to make sure you get the most up-to-date technology, the 2022 Honda Odyssey is a great option. It will allow you to keep an eye on your kids easily, as well as keep them entertained. There’s a reason that the Odyssey remains one of the best minivans on the market, and it’s likely to stay near the top with this year’s model.

RELATED: This Is the Least Safe 2022 Minivan the IIHS Tested

February 7, 2023
Google rolls out Bard, its answer to ChatGPT

Google rolls out Bard, its answer to ChatGPT