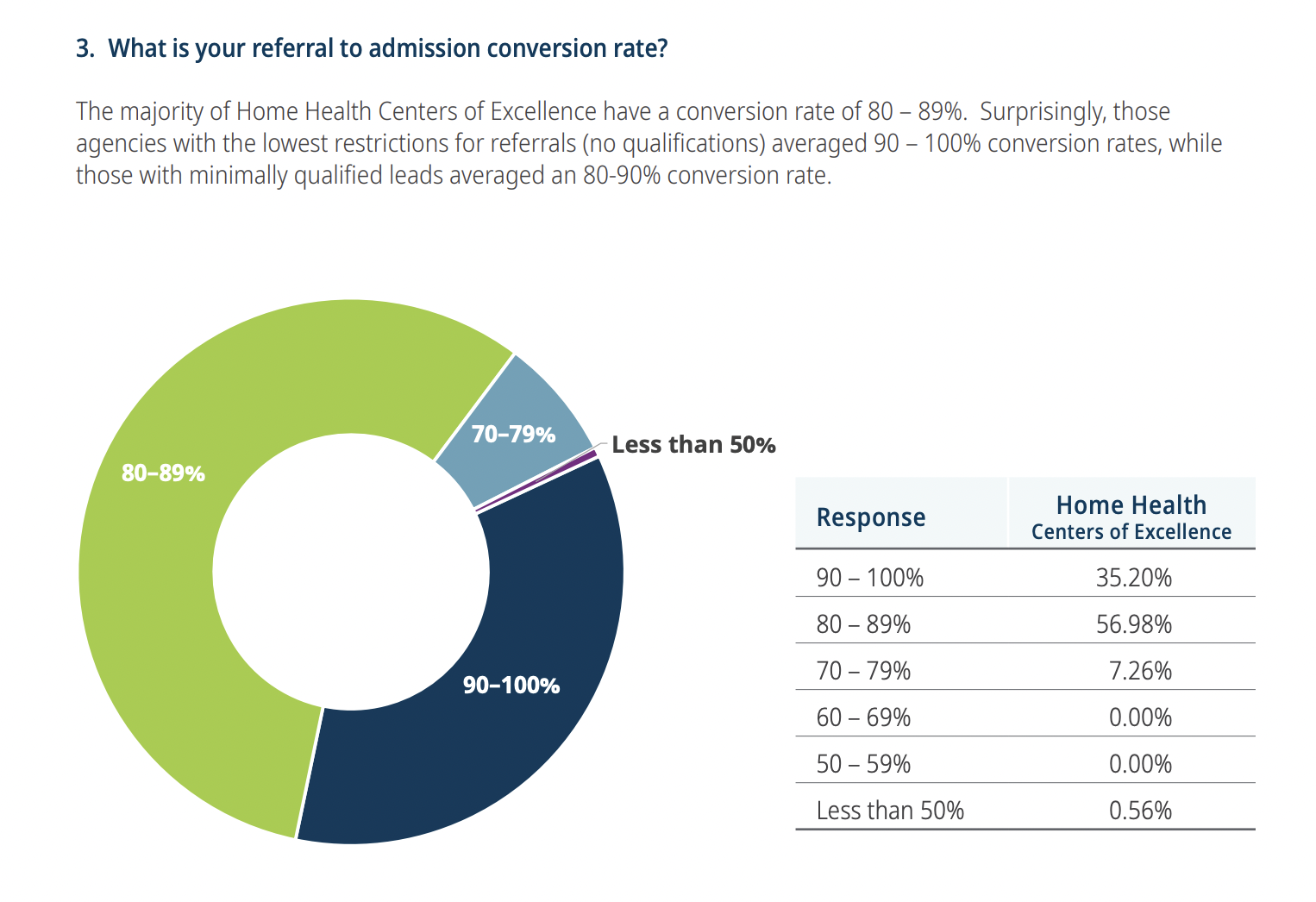 With over 400,000 data points, a new study from LeadingAge could give home-based care providers a new roadmap on how to optimize performance.

The yearlong study that collected information from over 1,000 agency sites found that home health agencies with registered nurse case manager caseloads under 25 have the highest star ratings for quality of care and patient satisfaction.

The study also found that 92% of agency respondents use telehealth, with 44% of those continuing to use telehealth after patient discharge for population health initiatives.

The nonprofit advocacy organization LeadingAge released the National Healthcare at Home Best Practices and Future Insights Study this week in conjunction with the accounting and consulting firm BerryDunn.

The study took a look at which agencies were performing the best clinically, operationally and financially. It also focused on technology, palliative care, staffing and future care delivery models.

“The data from this survey are truly groundbreaking – both in its depth, and in its reach, by providing insights from across the growing and diverse home health, home care and hospice sector,” Robyn Stone, senior vice president of research at LeadingAge, said in a press release. “The result is a comprehensive, operational view of an evolving field, which comes at a critical time as care and services are in high demand.”

Of the home health centers involved in the study, 64% had case manager caseloads of 20 to 25 patients. The remaining rest had caseloads of 19 or less.

On the flip side, caseloads of higher than 25 “directly correlated with diminished quality and patient satisfaction,” according to the study.

The study also found that agencies with caseloads less than 25 were more likely to document in the home. As a result of the timely documentation, those agencies had the lowest number of

days from start of care to RAP (0-1 days) and had the highest profit surplus margins.

In 2020, the home health industry had to deal with both COVID-19 and the Patient-Driven Groupings Model (PDGM). Because of that, new technology was introduced, none more prevalent than telehealth.

Of the 92% of respondents who said they have used some sort of telehealth, a third of those agencies said they implemented it within the last 18 months.

Meanwhile, 44% of respondents continue to use telehealth after patient discharge as part of their population health initiatives. LeadingAge also found there’s a correlation between an increase in telehealth usage and an increase of quality of care ratings.

In home health, how an agency defines a referral helps identify which referral leads are tracked and recorded to measure an agency’s conversion rate. In the LeadingAge study, 93% of agencies said they measure their sales team’s success by the number of admissions.

Scheduling those appointments from referral is also a key aspect to good conversion rates.

“While we face a critical nursing shortage, study data shows us that agencies who are using non-clinicians for roles that aren’t clinical in nature are doing so successfully, without compromising quality,” the study read.