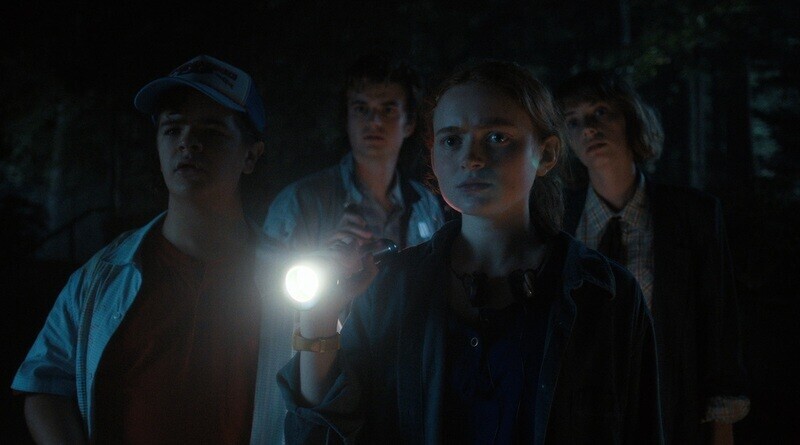 You’re probably wondering, first and foremost, what about Jim Hopper? For that answer, you’ll have to wait until Chapter 2 (although the trailer does have answers, if you want to go that route). That basically sets you up for the first episode, which is all about revisiting old characters and establishing new ones, many of which fill in the ‘80s tropes, including the villainous jock, the oblivious pothead, more Russians and a new monster, clearly modeled after an iconic ‘80s horror figure. There’s a reason we have new characters named “Fred” and “Jason.”

That brings us to one of the show’s strongest elements: the weaving in of a subgenre meant to clearly nod to its influences while finding a voice of its own. The Duffer brothers have smartly moved “Stranger Things” to its next logical ‘80s genre (the slasher film) now that our principals are all teenagers (it was either that or the dumb teen sex comedy). Many horror films get their due here, including “Near Dark,” “The Gate” and a very obvious “The Silence of the Lambs” nod, while other non-horror films of this era (“The River’s Edge,” “WarGames” and “Spies Like Us,” to name but a few) also enjoy some fun tributes. The strength of the material, though, will make it certain that the pop culture nods are not the ultimate take-away. While Wes Craven fans will have lots to enjoy here, fans of the show who might be oblivious to this sort of ‘80s fan service will still be on the edge of their seats and fully on board with their favorite characters.

Still, there is an element of patience necessary to one’s enjoyment here. The principal characters have never been this far apart before and we often wait for some kind of reunification. As the season goes forward, we have as many as eight story threads going on at once. That does put a strain on things in the back half, but again, it’s all set-up. Luckily, one of the things the Duffer brothers do well is keeping the momentum going. There has never been any stand-alone flashback episodes or indulgent genre tributes to slow things down, but I can say I have seen enough of one of the show’s less interesting story threads that takes us back to an earlier time. While it does go deeper into one of the central character’s backgrounds, it does tend to bog things down, due to the character’s isolation from the action. The breakneck pace and moments of good cheer from “Stranger Things 3” are in slightly shorter supply here.