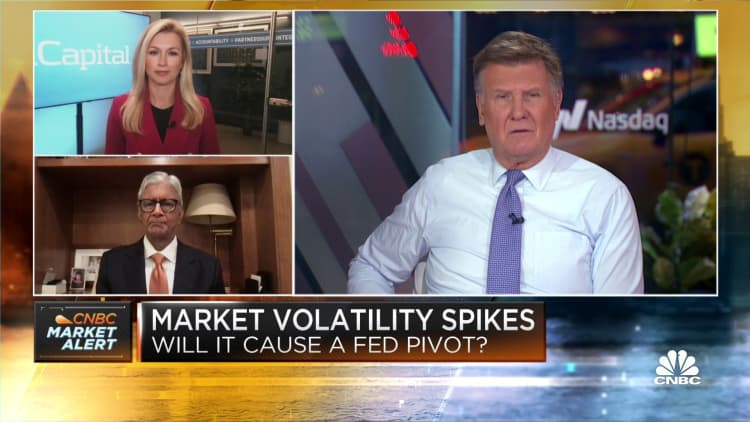 Stocks surged Tuesday as Wall Street built on a sharp rally seen in the previous session.

Markets have had a strong start to the month, bringing a respite from the swift declines seen September and the prior quarter. On Monday, the Dow jumped about 765 points for best day since June 24. The S&P 500 advanced about 2.6% in its biggest one-day since July 27, and the Nasdaq added 2.3%.

“After falling more than 9% in September and extending its year-to-date decline to nearly 25% as of Friday’s close, we think the S&P 500 was looking oversold,” said Mark Haefele, chief investment officer at UBS Global Wealth Management. “In addition, some of last week’s selling pressure may have been driven by quarter-end rebalancing, which has now ended.”

“With sentiment toward equities already very weak, periodic rebounds are to be expected,” he added. “But markets are likely to stay volatile in the near term, driven primarily by expectations around inflation and policy rates.”

Sentiment has improved these past two session as Treasury yields come off more-than 10-year highs. The 10-year Treasury yield traded at about 3.615% on Tuesday, down from more than 4% at one point last week. Earlier in the day it briefly broke below 3.6%.

Sentiment on Tuesday also got a boost as shares of Credit Suisse traded 4% higher. Earlier in the week there were concerns regarding the bank’s financial health. The bank told CNBC it would provide updates to its strategy alongside its third-quarter numbers.