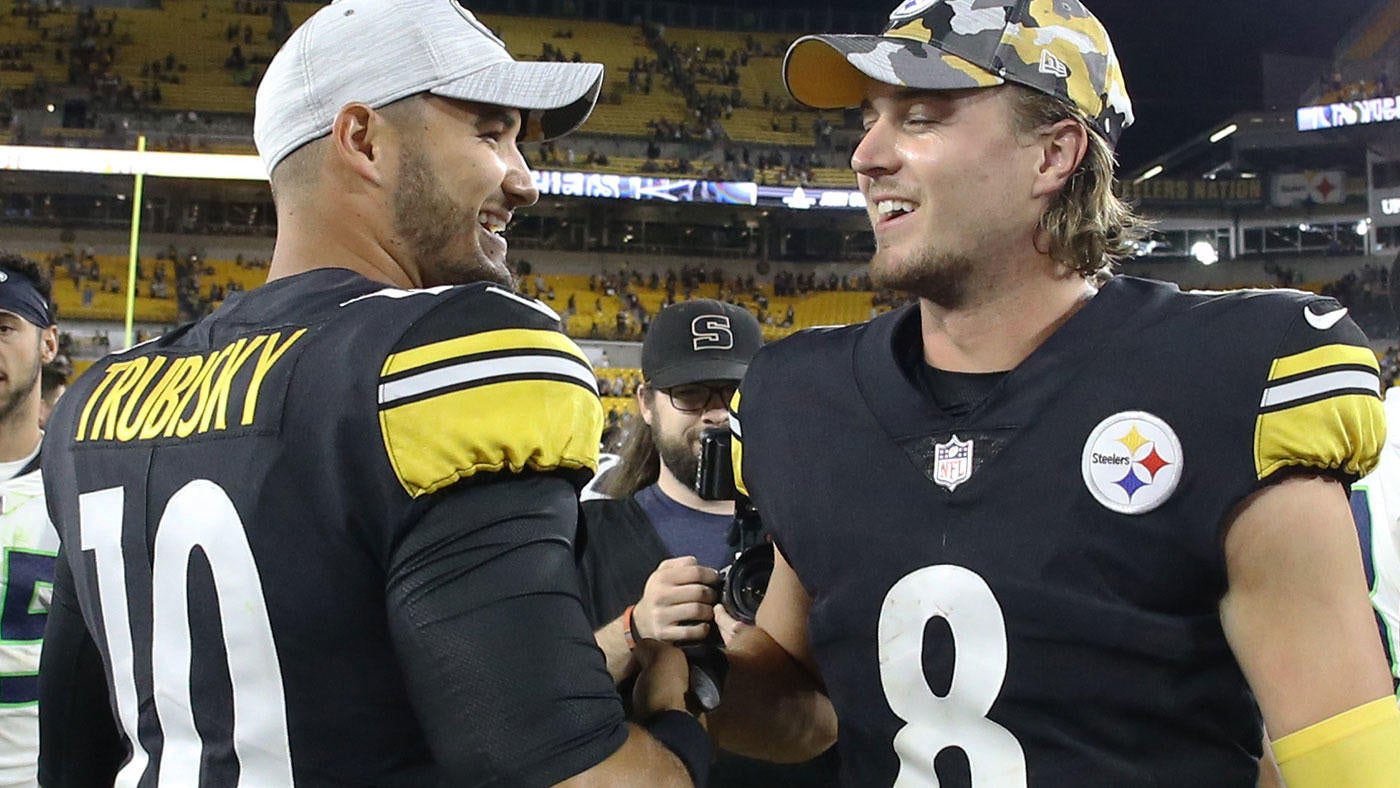 Welcome to the Thursday edition of the Pick Six newsletter!

Since it’s Thursday, that means there’s a game tonight, and let me be the first to say: If you love train-wreck football, then you’re going to love tonight’s game between the Browns and Steelers.

Actually, I’ll be honest, I can’t promise it’s going to be a train-wreck, but if these two teams give us anything remotely close to what we saw in Week 2, it’s definitely going to be a train-wreck. The Browns blew a 30-17 lead to the Jets in the final two minutes, and the Steelers offense was nonexistent in a 17-14 loss to the Patriots. There’s a saying in football that “offense sells tickets,” and if that’s the case, then there might not be any fans at any Steelers games for the rest of the season.

Anyway, we’ll be covering tonight’s game extensively in today’s newsletter, plus we’ll also look at how many teams in NFL history have rebounded to make the Super Bowl after starting 0-2.

If you’re going to listen to just one episode of the Pick Six podcast every week, then you should definitely make sure that you’re listening every Thursday, because that’s when Brady Quinn joins the show. For today’s episode, the former first-round pick chatted with Ryan Wilson about a multitude of topics, including what it was like to replace Gus Johnson in Fox’s college football booth last weekend. (Johnson was under the weather, so Brady was called upon to work the second half of Oklahoma’s blowout win over Nebraska.)

The two guys also talked about a topic that applies to tonight’s game: Should the Steelers stick with Mitchell Trubisky? The offense has been nothing short of horrible through two weeks, which raises the question about whether the Steelers should bench Trubisky and go with Kenny Pickett moving forward.

From Brady’s point of view, the Steelers’ problems have more to do with their offensive coordinator (Matt Canada) than their quarterback.

“This, to me, has more to do with Matt Canada than it does with Mitchell Trubisky,” Quinn said. “I don’t know if he’s trying to cover up for the fact that they don’t feel like they’re in a good spot with their offensive line, or maybe he doesn’t feel like Mitch can take that much because it’s his first year in the system. Only people in that room know, but it is troubling to watch how much talent they have at wide receiver and not be able to utilize that more in their game plans.”

If you want to hear everything Quinn had to say on today’s podcast, then be sure to click here. If you want to see his handsome face, then you can also watch today’s episode on YouTube by clicking here.

2. Thursday night preview: Prepping you for Steelers at Browns

Before we get to the game preview, I’m going to start here by reminding you that there’s only one way to watch the game tonight: If you want to see the Browns play the Steelers, you’ll have to subscribe to Amazon Prime. You can actually get a free 30-day subscription to prime right now by going to this link. That will allow you to watch the next five Thursday games before you have to decide whether you actually want to pay for Prime. (Note: The game WILL be airing on TV in the home markets of each team, so if you live in Cleveland or Pittsburgh, then you’ll be able to watch on a local TV station.)

Anyway, back to the preview.

My good buddy Jared Dubin put together CBSSports.com’s deep-dive preview for this game. Here’s how he sees the game playing out:

If you’re thinking about betting on the game, Tyler Sullivan put together a full gambling preview (odds via Caesars Sportsbook).

You can check out Sullivan’s full gambling preview by clicking here. Finally, if you’re wondering who we’re picking, here’s who we have tonight:

Over on our CBSSports.com picks page, five of our seven experts are picking the Steelers to pull off the upset.

3. Looking at Jimmy Garoppolo’s unique contract and how he could earn millions in bonus money

With Trey Lance officially done for the year, that means Jimmy Garoppolo will be taking over as the 49ers starting quarterback for the rest of the season. When Garoppolo agreed to restructure his contract with the 49ers in late August, he accepted a deal that only paid him $6.5 million in guaranteed money. However, the contract was also loaded with incentives that he could earn if he became the starting QB, which is now happening.

So how much can Garoppolo earn on top of his $6.5 million? Let’s check it out (via NFL.com):

Over the course of the regular season, that’s $5.5 million that Garoppolo can earn on top of his $6.5 million salary (That $5.5 million could become $6.1 million if he doesn’t lose a single game). Garoppolo can also earn another $3 million for various playoff incentives. (He gets $500,000 for taking 50% of the snaps in any playoff game plus $500,000 if he wins the NFC title game plus $1 million if he takes 50% of the snaps in the Super Bowl).

Basically, Garoppolo is going to have a lot of extra incentive to win games this year.

CBSSports.com’s Josh Edwards ranks the NFL’s top rookies every week, and here’s how things stand as we get ready to kick off Week 3 tonight.

Edwards actually ranked a total of 15 rookies, and if you want to check out his entire list, be sure to click here.

In yesterday’s newsletter, we took a look at which 0-2 teams have the best chance to get back on track this season. (You can check out that story here.) Today, we’re taking that question one step further by trying to figure out if any of the NFL’s five 0-2 teams have a chance to make it to the Super Bowl.

One of our writers (Bryan DeArdo) decided to take a look back in NFL history to see how many teams have followed up an 0-2 start by making it all the way to the Super Bowl. As you might expect, the answer is not many. In the Super Bowl era, there have only been FOUR teams that have ever made it to the Super Bowl after starting 0-2.

Here’s a quick look at those teams:

1993 Cowboys
Final record: 12-4
What happened? Emmitt Smith decided to hold out in 1993, which caused him to miss the first two games of the season. After watching his team start 0-2, Jerry Jones eventually caved and made Smith the highest-paid running back in the NFL. With Smith in the backfield, the Cowboys went on to win the Super Bowl.

2001 Patriots
Final record: 11-5
What happened? Drew Bledsoe got injured in Week 2, which forced the Patriots to start some guy named Tom Brady at quarterback. The rest is history.

2007 Giants
Final record: 10-6
What happened? The Giants had no defense through the first two weeks. After surrendering 45 points in Week 1 and 35 points in Week 2, something apparently clicked in New York, because the Giants defense became impenetrable after that. From Week 2 through the Super Bowl, the Giants only surrendered an average of 18.7 points per game, and that included a Super Bowl performance where they gave up just 14 points in a stunning win over the previously undefeated Patriots.

That’s it, that’s the entire list. Of the five 0-2 teams this year — Bengals, Titans, Raiders, Panthers, Falcons — I’d say the Bengals have the most in common with teams on this list. They have a star quarterback, which is what three of these four teams had. Not to mention, their offense has gotten off to a slow start, which is what happened with the Cowboys and 1996 Patriots.

If you want to know more about those four teams, be sure to click here so you can read DeArdo’s story.

It’s been a busy 24 hours in the NFL, and since it’s nearly impossible to keep track of everything that happened, I went ahead and put together a roundup for you. 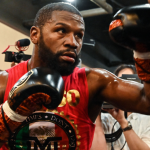 September 28, 2022
How businesses can help their employees through the cost of living crisis