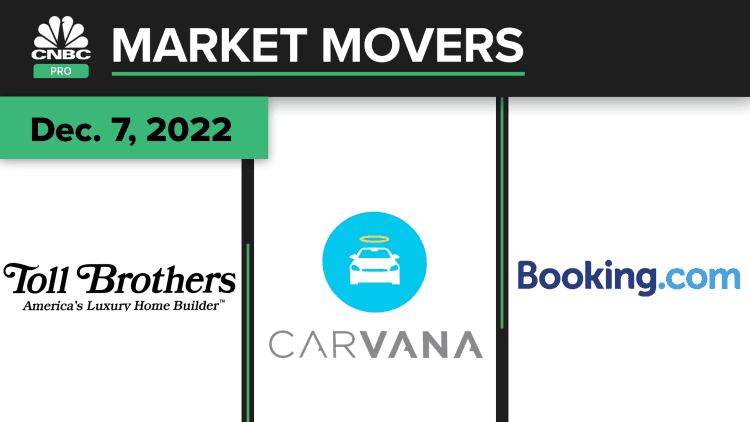 The S&P 500 fell for a fifth day as traders weighed the possibility of a recession, and the likelihood of a longer-than-expected hiking cycle from the Federal Reserve.

Bond yields also fell, with the rate on the 10-year Treasury note at one point touching a low of 3.402%.

Stocks wavered between gains and losses in choppy trading, with the S&P rising as much as 0.41%. At its lows, the benchmark index fell 0.47%.

“The market’s kind of bobbing and weaving and finding its breath after the big rally off the October lows,” said Ryan Detrick, chief market strategist at the Carson Group. He expects markets to continue this trend until investors receive more clarity from the Fed’s December policy meeting and November’s consumer price index report.

Next week, the central bank is widely expected to deliver a 50 basis point rate hike. While the move would be a smaller one compared to the previous four rate hikes, concerns are swirling over whether the Fed can engineer a so-called soft landing while successfully tamping down inflation.

Worries about a recession in 2023 have spooked some investors in recent days.

“All told, financial indicators point to a recession on the horizon,” wrote Wells Fargo’s Azhar Iqbal in a note to clients Wednesday. “The S&P 500 has peaked ahead of recessions with an average lead time of four months over the past few business cycles.

Investors await more economic data this week for clues on what to expect from the Fed, with jobless claims data due out Thursday. November’s producer price index and preliminary consumer sentiment data for December are slated for Friday.