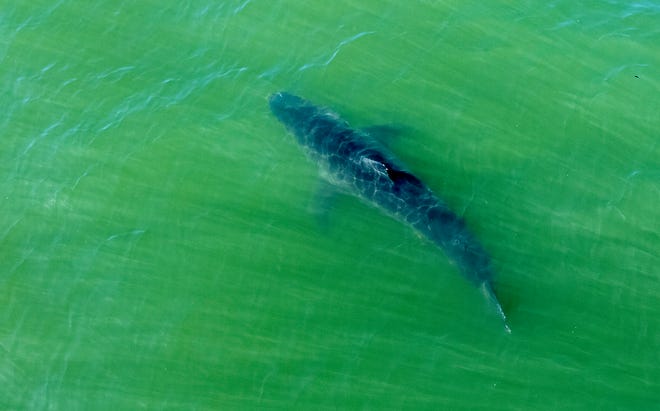 Corrections and clarifications: A previous version of this headline and story cited a report about the girl’s injuries that has since been retracted.

A teenage girl was seriously injured in a shark attack in Florida Thursday, marking the second reported attack in just over a week across the nation.

The teen was taken by medical helicopter to Tallahassee Memorial HealthCare and was in surgery around 6 p.m. Thursday, said sheriff’s office spokesperson Gina Deeson.

The Taylor County Sheriff’s Office shared a statement on Facebook from the victim’s father, who said his daughter had a vein removed from her left leg and suffered nerve damage.

The girl was scalloping with her family near Grassy Island, just off Keaton Beach, in water approximately 5 feet deep, according to a TCSO incident report.

“A family member reportedly jumped in the water and beat the shark until the juvenile was free,” the report read.

The shark species remained unknown Friday, but it was described as being approximately nine feet long.

What lies beneath coastal waters? Beware of sharks swimming closer to shore

“Swimmers and scallopers are cautioned to be alert, vigilant, and practice shark safety,” the incident summary added. “Some rules to follow are: never swim alone, do not enter the water near fishermen, avoid areas such as sandbars (where sharks like to congregate), do not swim near large schools of fish, and avoid erratic movements while in the water.”

Last week, on June 22, a shark attacked a swimmer along the central California coast.

The swimmer, a 62-year-old Monterey man, suffered “significant injuries from the shark bite,” and was taken to a hospital, police said.

The California Department of Fish and Wildlife’s confirmed the fish that attacked the man was a Great White Shark.

CDFW scientists reported they had not determined a size estimate for the shark.

Witnesses told KSBW that the victim sustained severe torso injuries and the scene at the beach was chaotic. City officials said he had injuries to his stomach and leg.

CDFW reported the victim was expected to recover.

‘A constant presence’ in Cape Cod

Earlier this week, great white shark researchers on Cape Cod warned visitors that warmer weather signals not just the start of the busy tourist season, but also the arrival of the region’s famous predators.

July tends to be when great whites appear in earnest as the cape’s waters warm, with sightings peaking from August through October, Megan Winton, a scientist with the Atlantic White Shark Conservancy, said during a news conference Wednesday at the organization’s offices in Chatham, Massachusetts.

“Just know that large sharks are here,” she said. “They’re a constant presence from June to the fall.”

January 28, 2023
Jeff Zients Will Take Over as Chief of Staff in a White House Full of ‘Klainiacs’