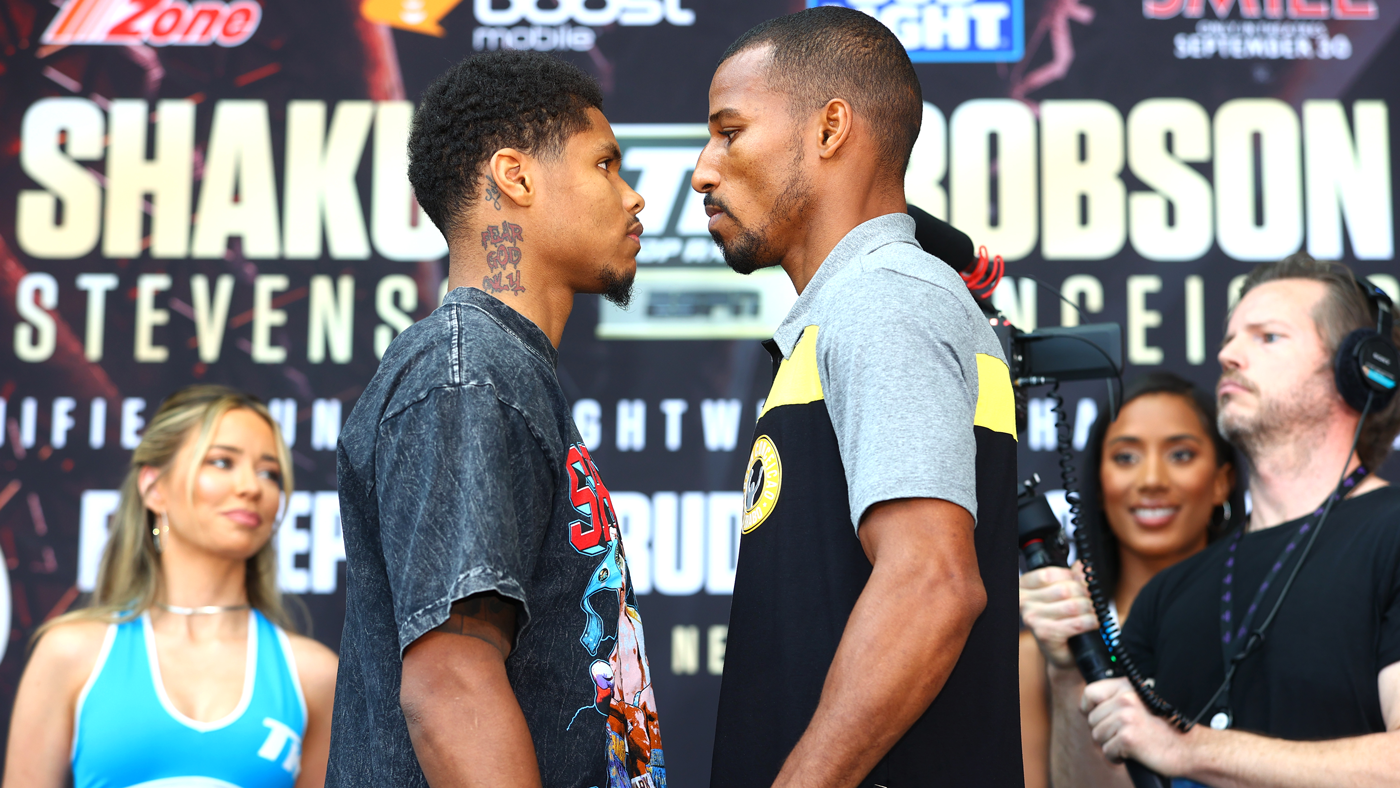 In an era with a wealth of young, exciting talent, Shakur Stevenson may have the highest ceiling. On Friday night, Stevenson will be looking to continue the unbeaten run to his career when battles against Robson Conceicao (ESPN and fuboTV — 10 p.m. ET).

Stevenson (18-0, 9 KO) could be wrapping up his campaign at 130 pounds with this fight. After winning the WBO featherweight title with an October 2019 win over Joet Gonzalez, Stevenson made the move to junior lightweight. Four fights later, Stevenson put on one of his more impressive showings when he stopped Jamel Herring in 10 rounds to win the WBO title. In April, Stevenson won the WBC belt with a decision over Oscar Valdez, becoming a unified champion at just 24 years old.

There is a lack of appealing fights for Stevenson at 130 pounds. Earlier this year, Emanuel Navarrete entered negotiations to move up in weight to face Stevenson only for the talks to quickly fall apart. With the future looking somewhat dim at 130, a move to lightweight, even with the division having lost Teofimo Lopez and Ryan Garcia, has many bigger potential fights for someone of Stevenson’s skills. Fights with Vasiliy Lomachenko, Gervonta “Tank” Davis and undisputed champion Devin Haney would all have boxing fans salivating.

Can’t get enough boxing and MMA? Get the latest in the world of combat sports from two of the best in the business. Subscribe to Morning Kombat with Luke Thomas and Brian Campbell for the best analysis and in-depth news, including a complete preview of Stevenson vs. Conceicao on Friday afternoon.

Things got a bit more interesting to that end on Thursday when Stevenson failed to make the 130-pound limit and dropped both of his titles on the scale. Stevenson weighed in at 131.6 pounds and told the commission he would not utilize the two-hour window to attempt to cut the remaining weight. Stevenson is now ineligible to win his pair of titles back on Friday while Conceicao still can.

Conceicao (17-1, 8 KO) won the lightweight gold medal at the 2016 Olympics in front of his home country Brazil. He turned pro later that year and rattled off 16 consecutive wins to land his first challenge for a world title.

Conceicao would end up on the wrong side of a slightly controversial decision against Oscar Valdez in a bout for the WBC title. While many felt Conceicao deserved the nod, most took issue with a 117-110 card turned in for Valdez. That scorecard was so egregious it led to a true rarity in boxing, with judge Stephen Blea issuing an apology and stepping away from judging to “undergo a thorough training and review program.”

He now takes his second shot at winning a world title, including the WBC belt that Stevenson won with a dominant showing against Valdez.

The co-feature on Friday night will see another Olympian get more exposure as Keyshawn Davis takes on Omar Tienda Bahena at lightweight. Davis, 23, took home the silver medal at the 2020 Tokyo games. He is 5-0 since turning pro in 2021with four of those fights ending in stoppages. Bahena, 34, is 25-5 as a pro and has only been stopped once.

Results against shared opponents don’t always create math that translates to being predictive. Still, it’s hard to overlook the ease with which Stevenson handled Valdez and the struggles Conceicao had against him. Stevenson is a master boxer with good defense and a phenomenal ability to manage distance, which is what allowed him to pick Valdez apart while Conceicao went to a tight decision that he may or may not have deserved to win.

Stevenson’s skills have led to many of his fights getting tagged with the “boring” label. It’s not entirely unfair. He does not take unnecessary risks, even against fighters where he could clearly step on the gas and score impressive finishes. But blame also has to fall on opponents for not being able to force him out of a style that is so effective and has won him multiple world titles across two weight classes at such a young age.

The thinking is, an opponent needs to pressure Stevenson, take away his ability to dictate the range and pace of a fight and hit hard enough to hurt Stevenson to make him hesitate to throw counters. Unfortunately for Conceicao, he just doesn’t have much pop in his punches. He can be aggressive and has solid technical skills, but the lack of power means that one of the cornerstones of the gameplan to beat Stevenson is missing.

Stevenson is just better everywhere the fight can go and since Conceicao isn’t likely to crack Stevenson’s chin, the biggest question is if Stevenson decides to try to make a statement and look for a knockout. Pick: Shakur Stevenson via UD