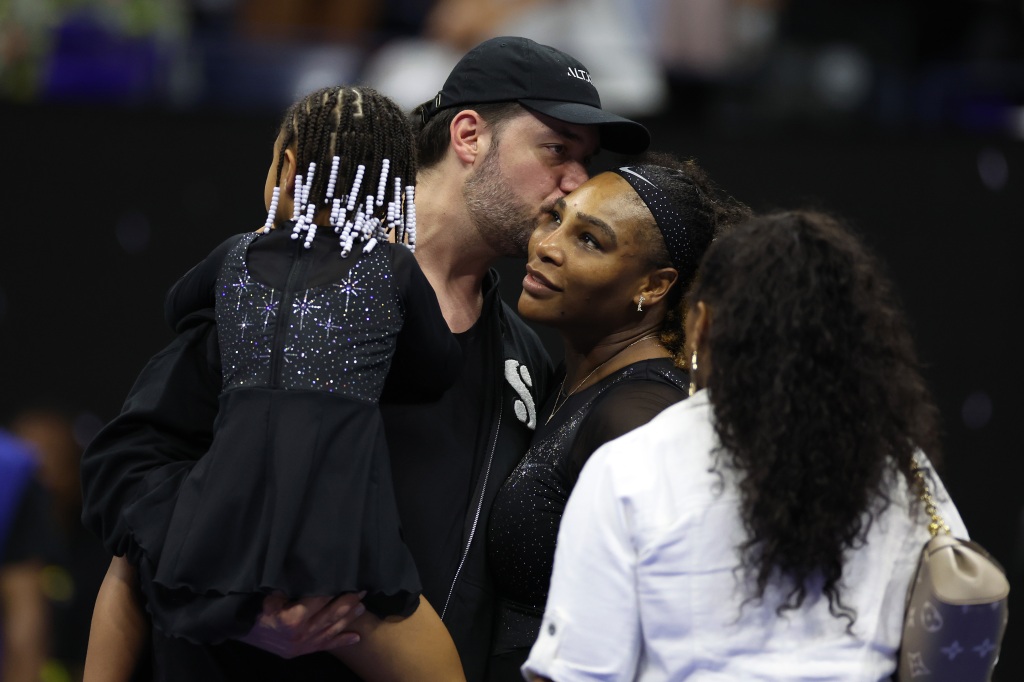 Serena Williams and her husband, Alexis Ohanian, have shared their reaction to Drake referring to him as a “groupie” on Her Loss, the rap star’s new collaborative album with 21 Savage.

On the song “Middle Of The Ocean,” a track that 21 does not appear on, the 36-year-old namedrops Williams, whom he previously dated, while sending a few veiled threats at Ohanian. “Sidebar, Serena, your husband a groupie/ He claim we don’t got a problem but, no boo, it is, like you coming for sushi/ We might pop up on him at will like Suzuki,” Drizzy warns.

While some husbands would have taken those words as offensive, Ohanian appeared to embrace the notion that he’s obsessed with Williams, who he married in 2017.

“The reason I stay winning is because I’m relentless about being the absolute best at whatever I do — including being the best groupie for my wife & daughter,” the Reddit cofounder tweeted on Friday (Nov. 4). Ohanian, 39, also noted that despite their personal trials, he’s appreciative of his life as a family man and the success he’s been afforded.

“I’m grateful. Everything I accomplished before those hard convos in 2020 is irrelevant to me compared to the work Jr will see me doing now. Creating one multi-billion dollar company (& seeding 35+ more) taught me a lot, now we’re going to scale that using software + empathy.”

He concluded his string of posts by continuing to gush over his wife, referring to her as his “partner” and crediting her with his level-up in life.

“It’s cliche, but life changed when I became a husband + papa,” he added. “It’s made me 100x better as a man and a businessman. In @serenawilliams I found a partner I knew I would never outgrow, who would always motivate me to be Greater. And in 776, I found partners + team who do the same.”

Williams, who has yet to address Drake directly, voiced her approval of her husband’s message with a string of heart emojis, making it clear to the public that their adoration is reciprocal.