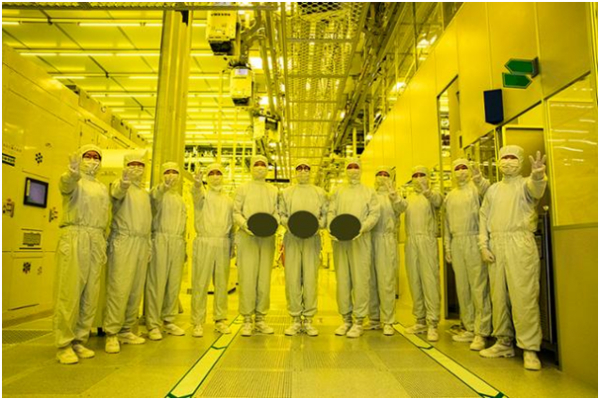 As the global memory semiconductor market is unlikely to enter another super cycle in the second half of this year, Samsung Electronics is focusing on strengthening the competitiveness of its foundry business.

The memory market was expected to re-enter a super cycle in the second half of the year. But the prolonged Ukraine crisis, a record-high inflation, and slowing consumption are expected to pull down memory prices.

Market research firm TrendForce forecast the fixed transaction price of DRAMs would drop by more than 10 percent in the third quarter of this year. Its previous projection was a drop of 3 percent to 8 percent. The price of server DRAMs is also expected to fall by 5 percent to 10 percent as demand from customers will contract. Experts say that this trend will continue until the end of 2022 at least.

Accordingly, chipmakers are expected to break through difficulties by reducing production and releasing new products.

Samsung Electronics is pinning its hopes on its advanced foundry process. Late last month, it started mass-production of 3-nm chips base on gate-all-around (GAA) technology for the first time in the world. First-generation GAA chips, which will be mass-produced this year, will be supplied to Chinese companies. Second-generation GAA chips, to be rolled out next year, are expected to be used for the Galaxy smartphones from 2024.

The name of the game is yield improvement. Samsung Electronics has repeatedly said it has no yield problem with the new 3-nm process, as it is taking steps according to the process roadmap as scheduled. Recently, it launched a task force to focus on improving the yield of the new process.

Competitors are also intensifying their moves to keep Samsung Electronics in check. Taiwan’s TSMC, which plans to apply the GAA technology to 2-nm chips, seems to downplay Samsung’s achievement. Japan’s Nihon Keizai Shimbun also reported that Samsung’s 3-nm chip volume production will likely be carried out on a small scale, as the production site is the Hwaseong plant in Korea.

An industry analyst said Samsung’s 3-nm process can become the company’s winning move in light of the delays in TSMC’s schedule to start mass-production of 3-nm chips.