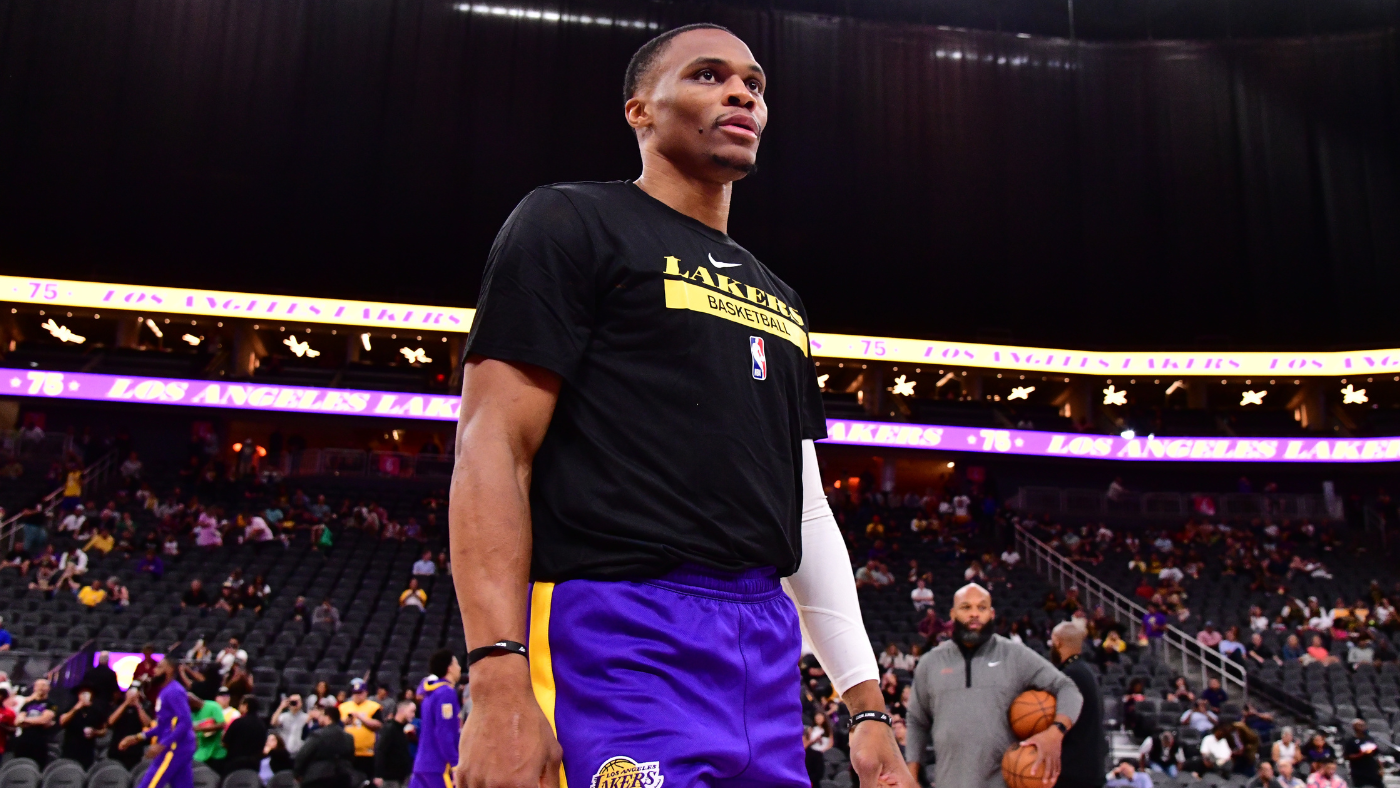 It’s really going to happen. After an entire offseason of trade negotiations and awkward press conferences and shots through the media, Russell Westbrook is really going to start the 2022-23 season as a member of the Los Angeles Lakers. Putting aside your confidence in Westbrook’s ability to succeed as a Laker, we can say with relative certainty that both sides would still prefer that he not end the season as a member of the Lakers.

So with opening day now upon us, let’s take a look at where the Westbrook trade market stands. Why hasn’t there been a trade already? What might change between now and the deadline that facilitates a deal? And in the end, are there any trades that might still make sense? Let’s find out.

Why is Westbrook still a Laker?

There are two schools of thought here, and each leads to different trade possibilities. The first is that it’s a matter of cost. Perhaps the Lakers are truly unwilling to trade two first-round picks to move Westbrook. Rob Pelinka has publicly stated that this isn’t true, but general managers aren’t exactly known to be forthcoming to the press. They might also be hellbent on preserving their cap space for the 2023 offseason. Depending on where the cap falls, the Lakers could have between $30-35 million in room to sign outside free agents.

For a Westbrook trade to materialize under these circumstances, something would need to change between now and the deadline that would compel a team to take Westbrook back without demanding draft compensation or forcing the Lakers to take on long-term money. One of these outcomes is theoretical. Westbrook is on an expiring contract. As the season progresses, the cash cost of absorbing that contract decreases, and the value of turning a longer-term deal into it increases. As time passes, that makes it likelier that the Lakers could flip Westbrook into a longer-term deal without giving up draft picks. Conversely, the Lakers might have an easier time using those draft picks to trade for players on expiring deals in the middle of the season, when teams have a better idea of who they do and don’t plan to re-sign.

But Pelinka himself has offered a second explanation. The question to him isn’t whether or not the Lakers are willing to trade those picks. It’s what they’ll insist on getting back for them. Here’s how he put it on media day:

“You have one shot to make a trade with multiple picks, so if you make that trade, and I’m not talking about any particular player on our team, but if you make that trade, it has to be the right one. You have one shot to do it. So we’re being very thoughtful around the decisions on when and how to use draft capital in a way that will improve our roster.”

Draft picks are finite. That is especially true in trades, as the Stepien Rule prevents teams from being without first-round picks in consecutive seasons. Whether or not you agree with the team’s decision not to trade Westbrook yet, we can all acknowledge that the Lakers will not have multiple chances to trade those 2027 and 2029 picks. They get to do it once, and it is imperative that they use those picks properly.

If the Lakers believed such a deal was available to them right now, they would have made it. That they don’t suggests that they are hoping things change over the next several months. History suggests that they will. Some team will get off to a bad start or have a number of injuries. A star will seek a trade. Something totally unforeseeable could change the entire landscape of the league. The NBA has taught its teams to expect the unexpected. By keeping their picks, the Lakers are banking on an unexpected player or players becoming available before the deadline. Who might those players be? Here are a few guesses.

Who the Lakers could be waiting for

None of the following players, individually, are likely to be traded this season. However, recent NBA history suggests that someone will be. Nobody thought James Harden would be dealt last season. He was. This is merely a list of players who, under certain circumstances, could be gettable between now and February.

Again, it is unlikely that any of these players are actually moved. It is also possible some other player who appears totally untouchable today becomes available in the coming months due to unforeseen circumstances. The Lakers are seemingly betting on that because the alternative doesn’t appear as promising.

What else could change?

The staring contest between the Lakers and Pacers over Myles Turner and Buddy Hield has reached the eve of the regular season with neither side blinking. The Pacers continue to insist upon receiving two first-round picks to make the deal. The Lakers aren’t budging on that price.

The Lakers also have an extremely difficult opening stretch on their schedule. They will, in all likelihood, be underdogs in eight of their first 11 games, with reprieves coming only in two contests with the Jazz and a home date with Portland. A slow start might compel Pelinka into a deal. Indiana, on the other hand, needs to fear a hot start. This a rebuilding year for the Pacers. Keeping Turner and Hield makes it harder for them to properly tank for Victor Wembanyama. Perhaps a few early wins lower their asking price purely for the sake of maximizing their own draft pick.

And then there are the teams that might simply struggle to meet expectations. What if LaMelo Ball’s injury lingers? How badly would things need to go in Charlotte for the Hornets to offer Gordon Hayward straight up for Westbrook, with no picks attached? Such a deal would get them out of the final year of Hayward’s deal while improving the Lakers this season and allowing them to enter next offseason with Hayward’s expiring deal and two first-round picks to trade.

The Knicks are another team to watch in this vein. How does Julius Randle fit with Jalen Brunson and RJ Barrett soaking up more possessions? The Lakers are unlikely to want Randle’s four-year deal, but if Obi Toppin shines, there are certainly worlds in which it would make sense for the Knicks to at least offer Randle straight up for Westbrook as a pure cap dump.

As for hefty expiring contracts? Keep an eye on D’Angelo Russell. There has been very little noise of a possible extension, and while the Timberwolves are unlikely to want Westbrook, they may not be interested in a fourth $30 million player on their long-term payroll. There could be a three-way deal of some sort there if the Timberwolves decide against keeping Russell.

So what happens now?

In short… basketball happens. The Lakers have spent the past several months attempting to negotiate a Westbrook trade. Those negotiations failed to produce a deal. Someone’s circumstances are going to have to materially change for a trade to happen. Fortunately, this is the NBA. Once games start, everyone’s circumstances change every day.