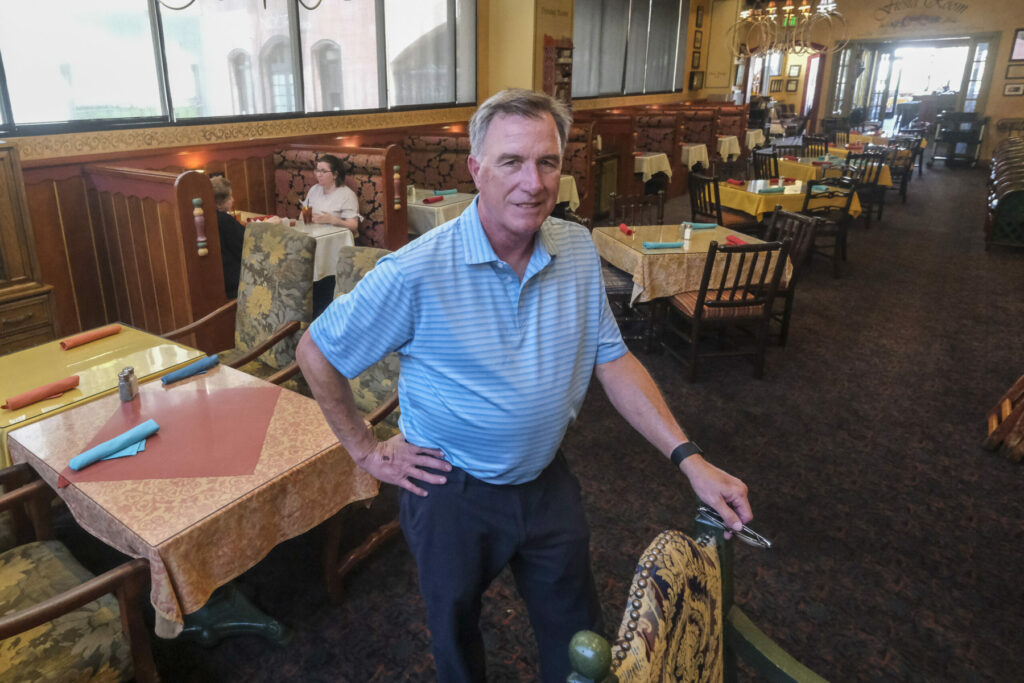 Besides owning and operating the El Cholo restaurant in Pasadena, Blair Salisbury and his business partner were in the process of franchising 20 Daddy’s Chicken Shack locations. But that deal seized up soon after the two learned about something called the FAST Recovery Act.

That stands for the Fast Food Accountability and Standards Recovery Act, a proposed California bill that would create a board selected by state politicians to set wages, hours and working conditions for franchised fast-food employees.
The bill, backed by labor unions, passed the California Senate Labor, Public Employment & Retirement Committee on June 13 on a 3-to-2 vote and goes on to the Assembly, where it is expected to pass.

Backers say it would give California’s more than 700,000 fast-food service workers the opportunity to get better wages and workplace environment standards.
Since learning of the bill, Salisbury’s partner and financial backers have backed out of the deal, leaving Salisbury on his own to conclude whether it is a viable business venture or if he should back out as well. Franchisees and fast-food chain owners like Salisbury are fearful that if passed, the bill, officially known as AB 257, would make it difficult for these businesses to remain profitable.

“If signed into law, California could lead the nation in the fight for systemic change within the fast-food sector,” Assemblyman Chris Holden, D-Pasadena, said in a press release in January.

AB 257 would completely transform the fast-food restaurant business model in California starting with defining what characteristics make a fast-food restaurant. For example, it must be part of a chain of 30 or more similarly branded establishments nationwide.

In the traditional business model, large fast-food corporations don’t run the individual locations. Instead, they are franchise owned and operated. While this gives the opportunity for franchisees to build their own businesses, many argue that it has left room for unfair wages and poor working conditions. This way major corporations like McDonald’s Corp. are not held responsible for workplace violations at restaurants run by franchisees.

The bill would change that by establishing a Fast Food Sector Council within the Department of Industrial Relations, and it will be made up of 11 unelected individuals handpicked by the governor, speaker of the assembly and senate rules committee. The committee would be made up of five representatives from state agencies, two workers, two employee advocates and one representative each for franchises and corporations. They would meet at least once every three years to decide standard wages, working hours and working conditions for fast-food franchises across the state.

Franchisors and franchisees have argued that AB 257 is unnecessary and will do nothing but spike prices for customers.
“Union leaders continue to push a false narrative of widespread labor and wage violations in order to pass a law that will raise prices for millions of working Californians at tens of thousands of restaurants and food establishments throughout the state,” said the California Restaurant Association in a news release.

“Forcing counter service restaurants to bear the brunt of increased employee costs and new workplace rules will mean higher prices for working families and will hamper thousands of local restaurants as they recover from the pandemic,” the statement continued. “With inflation at its highest point in 40 years, this is the worst possible time for legislators to consider passing a food tax onto working Californians.”

In a statement, Jot Condie, president and chief executive of the restaurant association, said California already has “one of the most rigorous worker protection and workplace safety structures in the country,” pointing out that there is no need to override the existing system with a new committee.

Michaela Mendelsohn, the owner of six El Pollo Loco locations in Los Angeles, has been a franchisee for nearly 35 years and a longtime advocate for LGBTQ+ workers’ rights, working with the state senate to pass legislation banning the harassment of LGBTQ+ individuals.

“I spent nine years as the franchise president of El Pollo Loco and also as a transgender businesswoman putting in quite a bit of work with the industry trying to support rights of transgender employees,” Mendelsohn said. “Workers’ rights are a very important thing to me.”

She went on to explain that California already has systems in place to take care of workplace safety, wage and benefit issues, pointing out that the state should be focusing on the enforcement of the protections already in place instead of “creating new layers of bureaucracy that are only going to get in the way of enforcing what is already the best laws in the country.”

She also said not enough workers know about their rights in the first place and she hopes to one day see them be included in the onboarding training. “I want to support my workers’ rights, but not like this,” Mendelsohn added.
She said being in the food business today is extremely difficult and there is little room for profit.

“The profitability of our businesses and inability to fund growth has never been as difficult as it is now in the 35 years that I’ve been in the food business. This is the most that our profits have been squeezed,” Mendelsohn continued. “The reason for that being the high cost of food and the high cost of labor (because) the labor market is becoming much more difficult.”

Like Mendelsohn, Salisbury said the passing of FAST would be “devastating” for franchisees. He said he has seen multiple restaurants around him close and that too many people are uninformed about the economics of running a restaurant.
Salisbury’s family has been in the restaurant business for more than 100 years, but he said if the bill passes he will have to find a different line of work.

When asked for advice by people wanting to become a franchisee, Mendelsohn said they should wait.
“Now, if someone would come to me and ask me, ‘Should I become a franchisee in California?’ I would say ‘wait.’ Wait and see what happens on this bill because if it comes to fruition, it’s going to make being a franchisee a very unfavorable place to be.”

July 6, 2022
Essential Legal Documents You Need for Your Small Business

July 6, 2022
Latest news on Russia and the war in Ukraine

Latest news on Russia and the war in Ukraine

July 6, 2022
Movie nights in Stock’s Park return for the summer