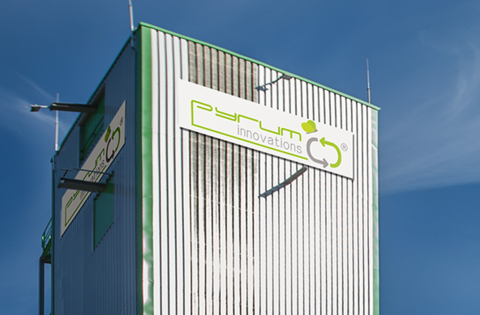 In a statement 23 June, the German startup said it aimed to use Siemens’ digitalisation and automation portfolio to enhance its pyrolysis technology, which produces pyrolysis oil, gas and recovered carbon black from end-of-life tires (ELTs).

The partnership provides for Siemens to support Pyrum and its customers in the selection of optimal technology in the areas of process automation, process analytics, drive technology and digitalisation.

In addition, Siemens will help, for example, with the optimisation of process procedures as well as with training and further education.

The agreement with Siemens comes after Pyrum’s successful partnership with two other major German groups, BASF and Continental earlier in 2020 and 2021. In addition, the recycler is in a number of partnerships with internationally operating companies, such as Michelin, Pirelli, Schwalbe or Eldan.

“We are constantly trying to develop our pyrolysis plants and increase both productivity and user-friendliness,” said CEO Pascal Klein.

“We are convinced that our partnership with Siemens will make our pyrolysis plants even more attractive to existing and potential customers,” he added.

Based in Dillingen, Germany, Pyrum has been operating a waste tire recycling plant since May 2020. There it processes up to 10 kilotonnes per annum of end-of-life tires to produce pyrolysis oil and recovered carbon black (rCB).

The company intends to add two additional production lines to the existing plant by the end of 2022.

Capacity for both pyrolysis oil and rCB has been sold one year forward to major investor BASF as well as two international tire makers, including Continental, Pyrum has previously stated.

In September 2020, BASF invested €16 million in Pyrum to become one of the largest stakeholders in the company.

January 28, 2023
How will Netflix stop you from sharing your password?