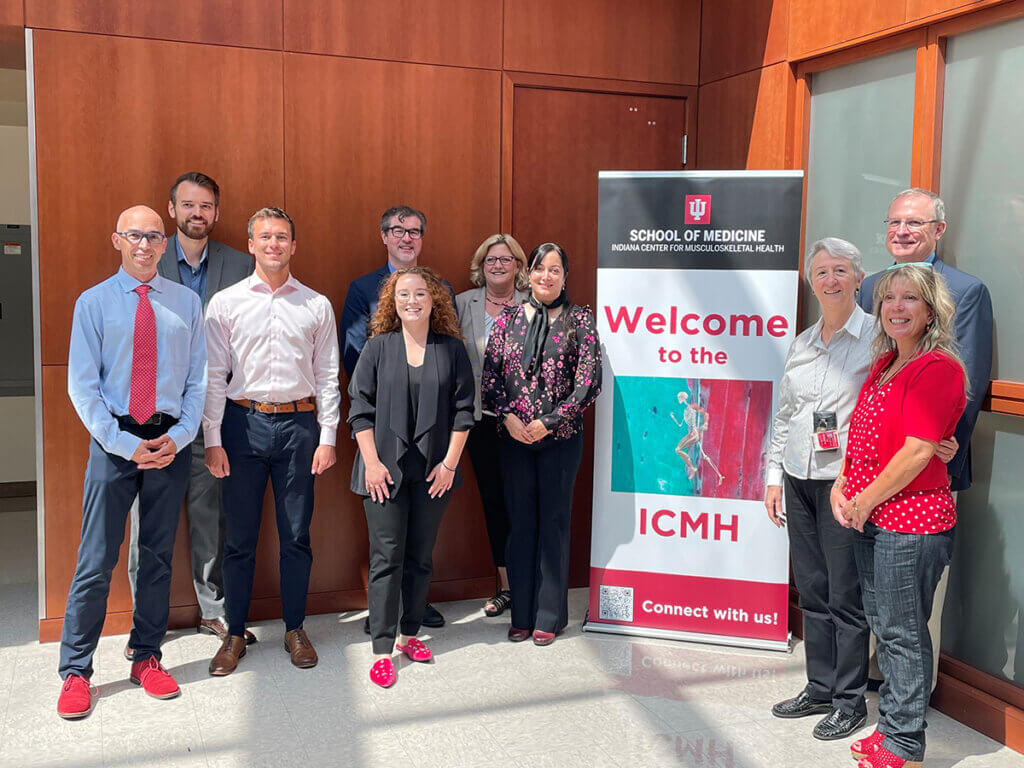 Some astonishing numbers were shared this week with staff from the office of U.S. Senator Mike Braun of Indiana during a meeting in Indianapolis spotlighting the need for, and accomplishments of, the Indiana Center for Musculoskeletal Health (ICMH), which includes Purdue Veterinary Medicine scholars.  During a one-day program at the Center Wednesday, August 24, several ICMH members spoke about important progress being made toward the Center’s goal of turning discoveries into applications, prevention, and treatment of diseases and disorders of the musculoskeletal system through collaborative research.

The ICMH was established in 2017 and is led by Dr. Lynda Bonewald, an IU School of Medicine faculty member and the Center’s founding director. Based in the IU School of Medicine, the Center boasts more than 100 members from 36 departments and four campuses – including Purdue, IUPUI, the University of Notre Dame and Marian University. The collaboration involving ICMH members has resulted in numerus federally funded grants supporting research in all areas related to musculoskeletal health. Overall, external funding obtained by the ICMH members across all the colleges and universities has reached a total of $65 million so far.

That level of support is vital, given how musculoskeletal diseases and disorders have resulted in a huge financial burden to the United States health care system and are the leading cause of disability. According to information from the Center, in 2011, the cost of musculoskeletal diseases was estimated at $796.3 billion, or 5.7 percent of the U.S. National Gross Domestic Product.

To advance scientific discovery in this field, the ICMH has five research teams, each focused on one of the following areas:  mechanobiology and muscle-bone crosstalk; trauma regeneration and rehabilitation; lifestyle modification; cancer research; and musculoskeletal medicine. At Wednesday’s meeting, a group of ICMH members led by Dr. Bonewald shared with Senator Braun’s legislative assistant, Audrey Arbogast, and legislative correspondent, Jake Chebowski, about the goals, accomplishments and needs of the ICMH.  Two Purdue University faculty members, Dr. Sarah Malek, assistant professor of small animal orthopedic surgery in the College of Veterinary Medicine, and Dr. Wayne Campbell, professor of nutrition science in the College of Health and Human Sciences, were among the ICMH members invited to participate

Dr. Malek’s area of interest is in biomarker research used for disease pattern recognition involving animal and human models in a clinical setting with the aim of developing bedside clinical tests that can be used for humans and animals with musculoskeletal diseases such as osteoarthritis and fracture related infection. A member of the Center’s trauma, regeneration and rehabilitation team, Dr. Malek said, “I am excited to see this form of attention that ICMH is receiving, which hopefully will lead to encouraging expansion of federal and local funding to support musculoskeletal research that benefits both animals and humans.” Other Purdue Veterinary Medicine faculty members involved in the ICMH are Dr. Marxa Figueiredo, associate professor of basic medical sciences; Dr. Dianne Little, associate professor of basic medical sciences; and Dr. Russell Main, associate professor of basic medical sciences. 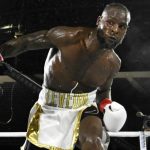 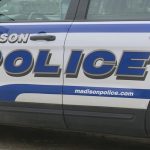