Federal prosecutors have begun a grand jury investigation into whether classified White House documents that ended up at former President Donald J. Trump’s Florida home were mishandled, according to two people briefed on the matter.

The intensifying inquiry suggests that the Justice Department is examining the role of Mr. Trump and other officials in his White House in their handling of sensitive materials during the final stages of his administration.

In recent days, the Justice Department has taken a series of steps showing that its investigation has progressed beyond the preliminary stages. Prosecutors issued a subpoena to the National Archives and Records Administration to obtain the boxes of classified documents, according to the two people familiar with the matter, who spoke on condition of anonymity because of the ongoing investigation.

The authorities have also made interview requests to people who worked in the White House in the final days of Mr. Trump’s presidency, according to one of the people.

The investigation is focused on the discovery by the National Archives in January that at the end of Mr. Trump’s term he had taken to his home at the Mar-a-Lago resort 15 boxes from the White House that contained government documents, mementos, gifts and letters.

After the boxes were returned to the National Archives, its archivists found documents containing “items marked as classified national security information,” the agency told Congress in February. In April, it was reported that federal authorities were in the preliminary stages of investigating the handling of the classified documents.

The subpoena that was sent to the National Archives in recent days for the classified documents is one of a series of requests that the Justice Department has made to the agency for records from the Trump administration in recent months, according to the two people.

A Justice Department spokesman declined to comment. The public affairs office at the National Archives did not return an email message seeking comment. A spokesman for Mr. Trump, Taylor Budowich, said, “President Trump consistently handled all documents in accordance with applicable law and regulations. Belated attempts to second-guess that clear fact are politically motivated and misguided.”

Charges are rarely brought in investigations into the handling of classified documents. But the Justice Department typically conducts them to determine whether any highly sensitive information may have been exposed so the intelligence community can take measures to protect sources and methods.

The documents in question are believed to have been kept in the residence of the White House before they were boxed up and sent to Mar-a-Lago. The investigation is focused on how the documents made their way to the residence, who boxed them up, whether anyone knew that classified materials were being improperly taken out of the White House and how they were ultimately stored in Mar-a-Lago, according to a person with knowledge of the matter, who also spoke on condition of anonymity.

An investigation in 2016 into Hillary Clinton over a similar issue involving her personal email account ended without her being charged. And in the case of Mr. Trump, legal experts said, presidents have the ability while in office to essentially declassify whatever information they want, further complicating any possible prosecution.

The classified documents in question are considered presidential records under federal law. Because of that distinction, Mr. Trump’s lawyers were notified of the Justice Department’s request, giving them the opportunity to block their release by going to court to quash the subpoena. It is unclear if the lawyers have responded.

Last year, Mr. Trump’s lawyer unsuccessfully went to court to stop the National Archives from handing over a range of presidential records to the special congressional committee investigating the Jan. 6, 2021, attacks on the Capitol.

The question of how Mr. Trump has handled sensitive material and documents he received as president loomed throughout his time in the White House, and beyond it. He was known to rip up pieces of official paper that he was handed, forcing officials to tape them back together because it is illegal to destroy presidential records. And an upcoming book by a New York Times reporter reveals that residence staff would find clumps of torn-up paper clogging a toilet, and believed he had thrown them in. They did not know the subjects or contents of the documents.

The investigation of the classified documents adds to an array of legal problems Mr. Trump still faces 15 months after he left office. A local prosecutor in Atlanta is investigating whether he and his allies illegally interfered with Georgia’s 2020 election results, and the New York State attorney general is investigating the finances of Mr. Trump’s company.

Numerous inquiries. Since Donald J. Trump left office, the former president has been facing civil and criminal investigations across the country into his business dealings and political activities. Here is a look at the notable inquiries:

Westchester County criminal investigation. The district attorney’s office in Westchester County, N.Y., appears to be focused at least in part on whether the Trump Organization misled local officials about the value of a golf course, Trump National Golf Club Westchester, to reduce its taxes.

Despite Mr. Trump’s role in helping incite the mob that stormed the Capitol on Jan. 6 and his other efforts to disrupt the counting and certification of the election, there has been no indication to date that the Justice Department has begun examining any criminal culpability he might have in those matters.

But the prosecutors’ moves in the documents case show that the Justice Department under Attorney General Merrick B. Garland is at least willing to examine a matter that may ultimately touch directly on the president’s conduct.

Democrats, anti-Trump Republicans and even President Biden have been frustrated with Mr. Garland over his apparent reticence to investigate Mr. Trump for his role in trying to overturn the 2020 election.

Now, the decision to move forward with an investigation into the classified documents could draw the department even deeper into the country’s political tensions. Such investigations typically take at least a year, putting Mr. Garland on a path of potentially having to conclude it at the same time Mr. Trump is running for president again.

During the 2016 campaign, Mr. Trump made attacking Mrs. Clinton for her handling of classified information a central part of his rallies and remarks to the media, helping to undermine her credibility with voters.

The Justice Department and F.B.I. had opened an investigation into whether she had mishandled classified information when she relied on a personal email account as secretary of state shortly after she began running for president in 2015.

That investigation, which ended with the F.B.I. director at the time, James B. Comey, holding a news conference shortly before both parties held their nominating conventions in the summer of 2016, found that Mrs. Clinton had highly classified information in her emails, but no charges were brought against her or anyone else.

For prosecutors to prove a felony in the mishandling of classified materials, the authorities would likely need evidence showing that the person in question knowingly and intentionally broke the law. In this case that would mean proving that the person had been told that taking the information outside of secure channels would violate the law. 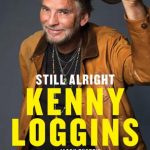 May 22, 2022
Biden Arrives in Tokyo Seeking to Shore Up Support for Economic Plan 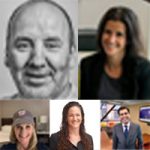 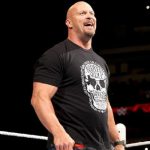