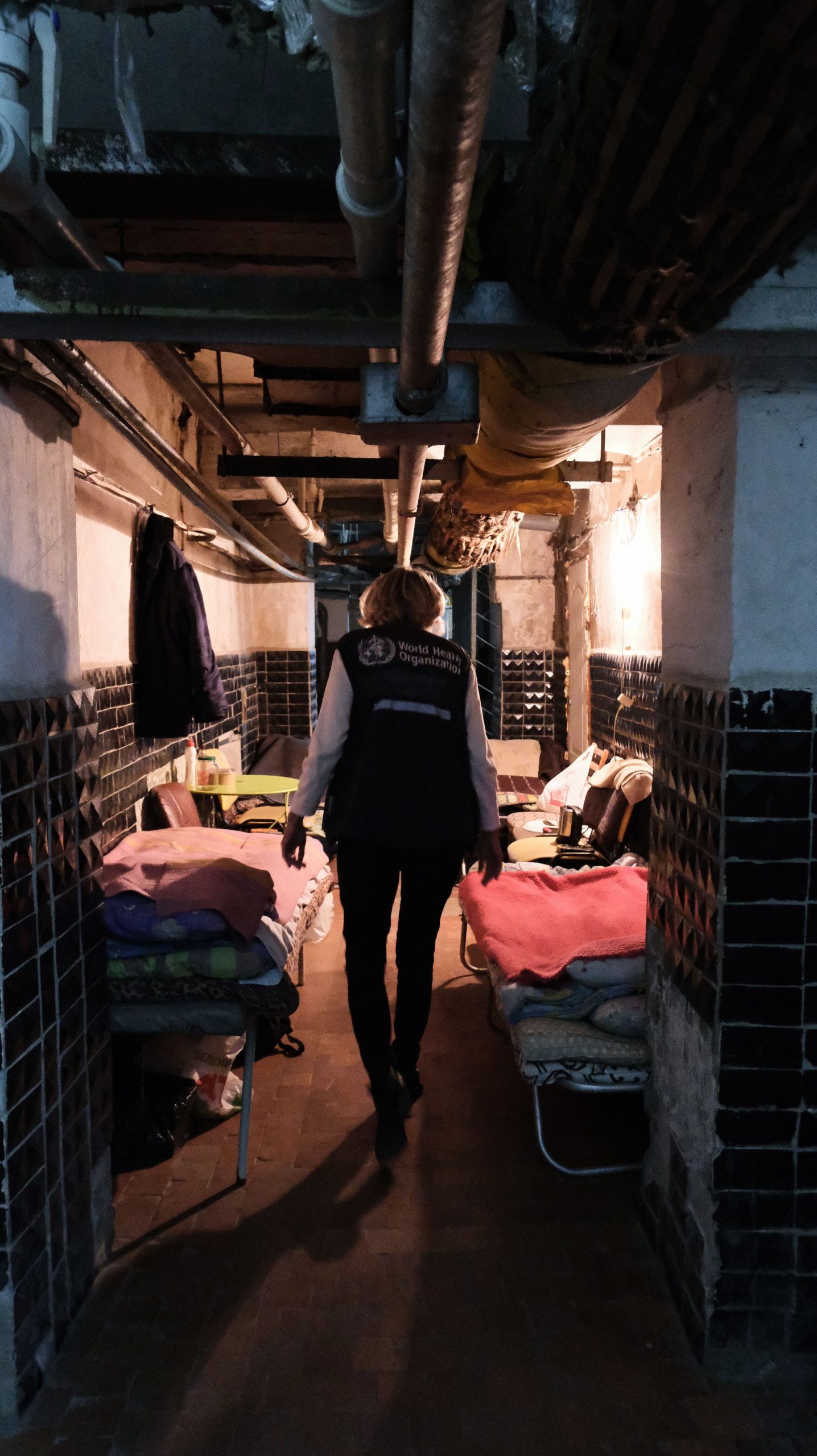 In Kharkiev the bombardment began on the first day of the war, February 24. Health workers moved their patients, their beds, their equipment and themselves down to the bomb shelters built in the basements decades before during the cold war era. 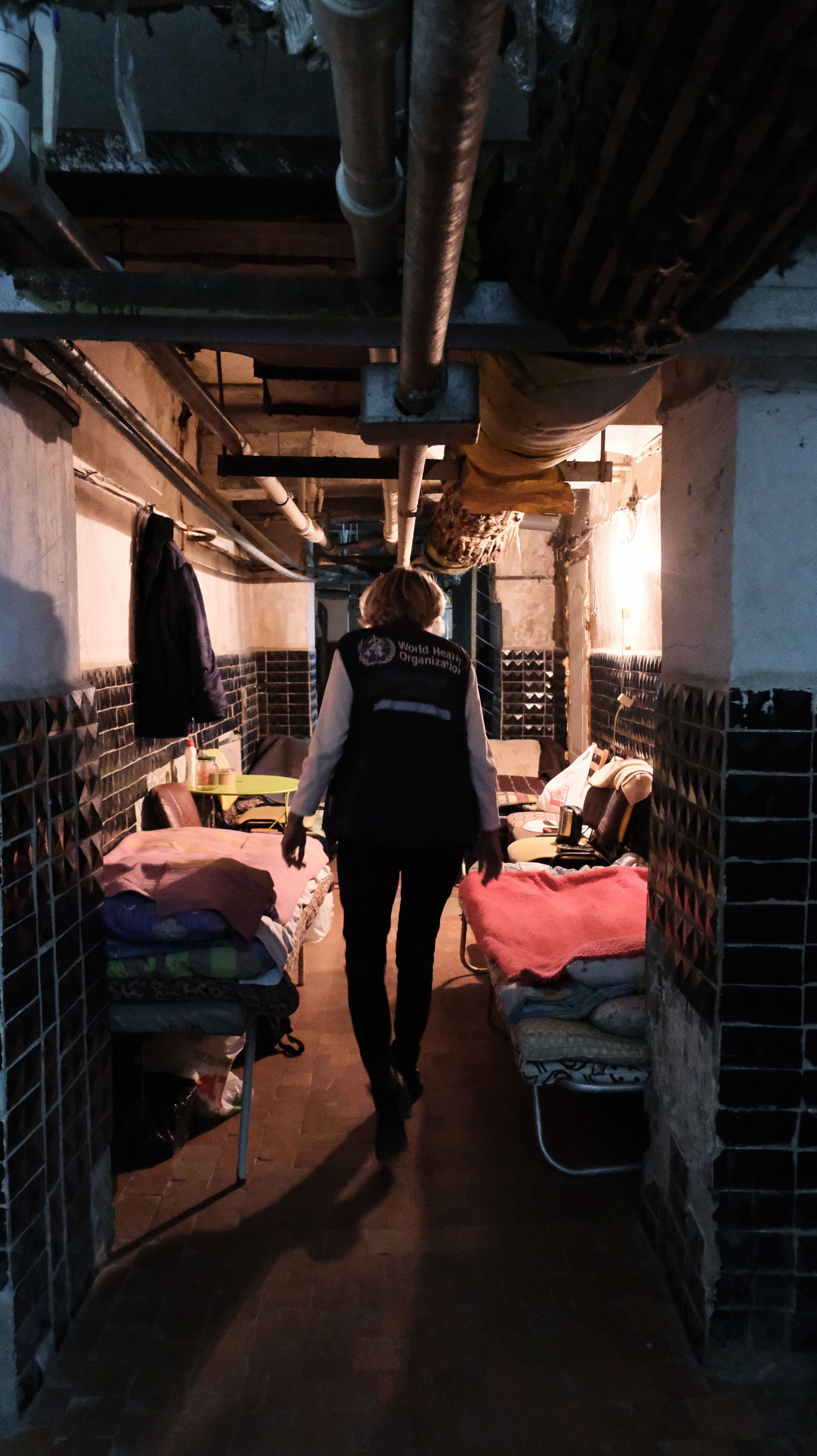 They thought it was a temporary measure but now 100 days later, those bomb shelters are home to entire hospitals. 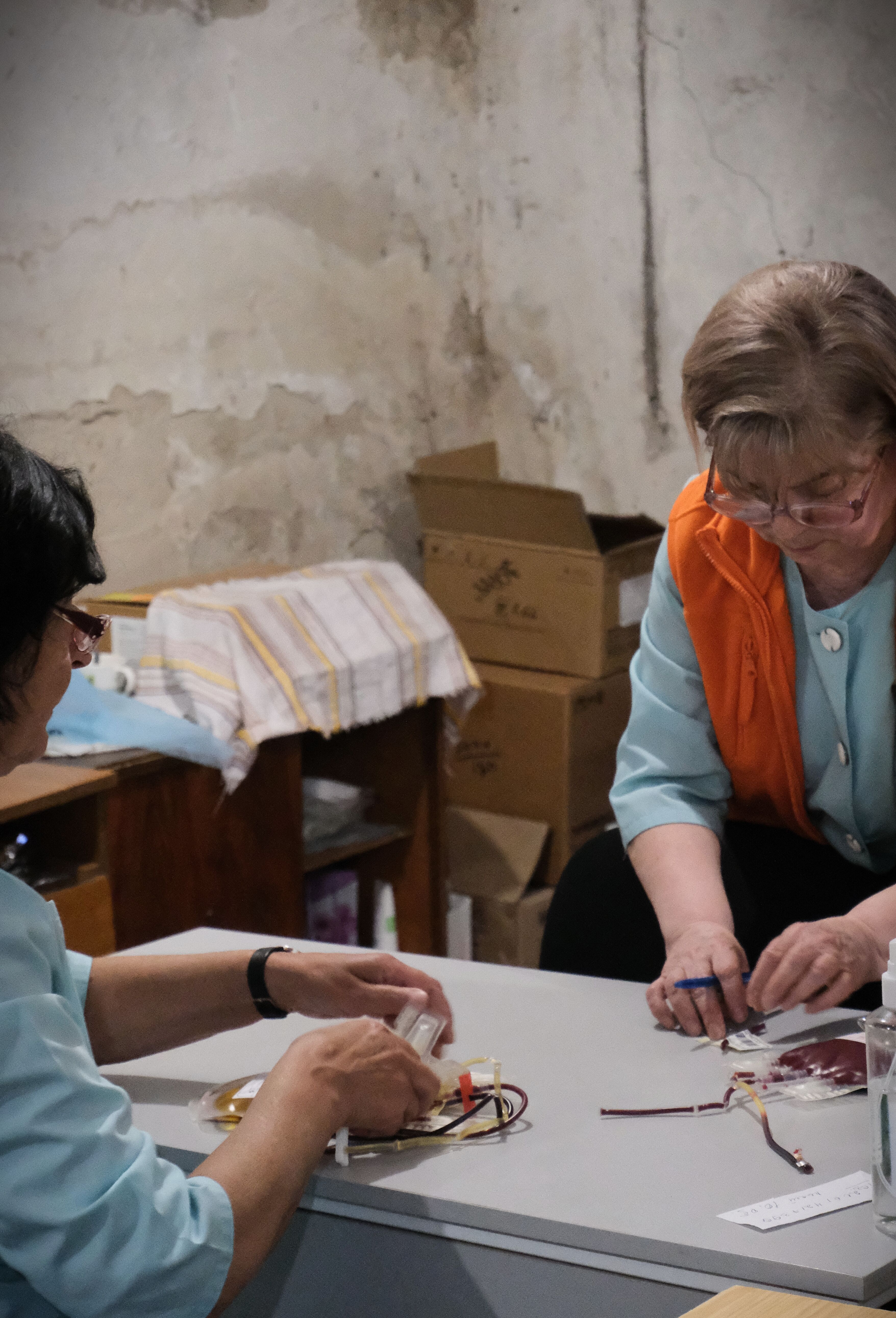 There is even a fully functioning blood bank where people from the town come every day to give blood to keep life pumping through the veins of their fellow citizens injured by the blasts that are keeping the healthworkers in the basement. 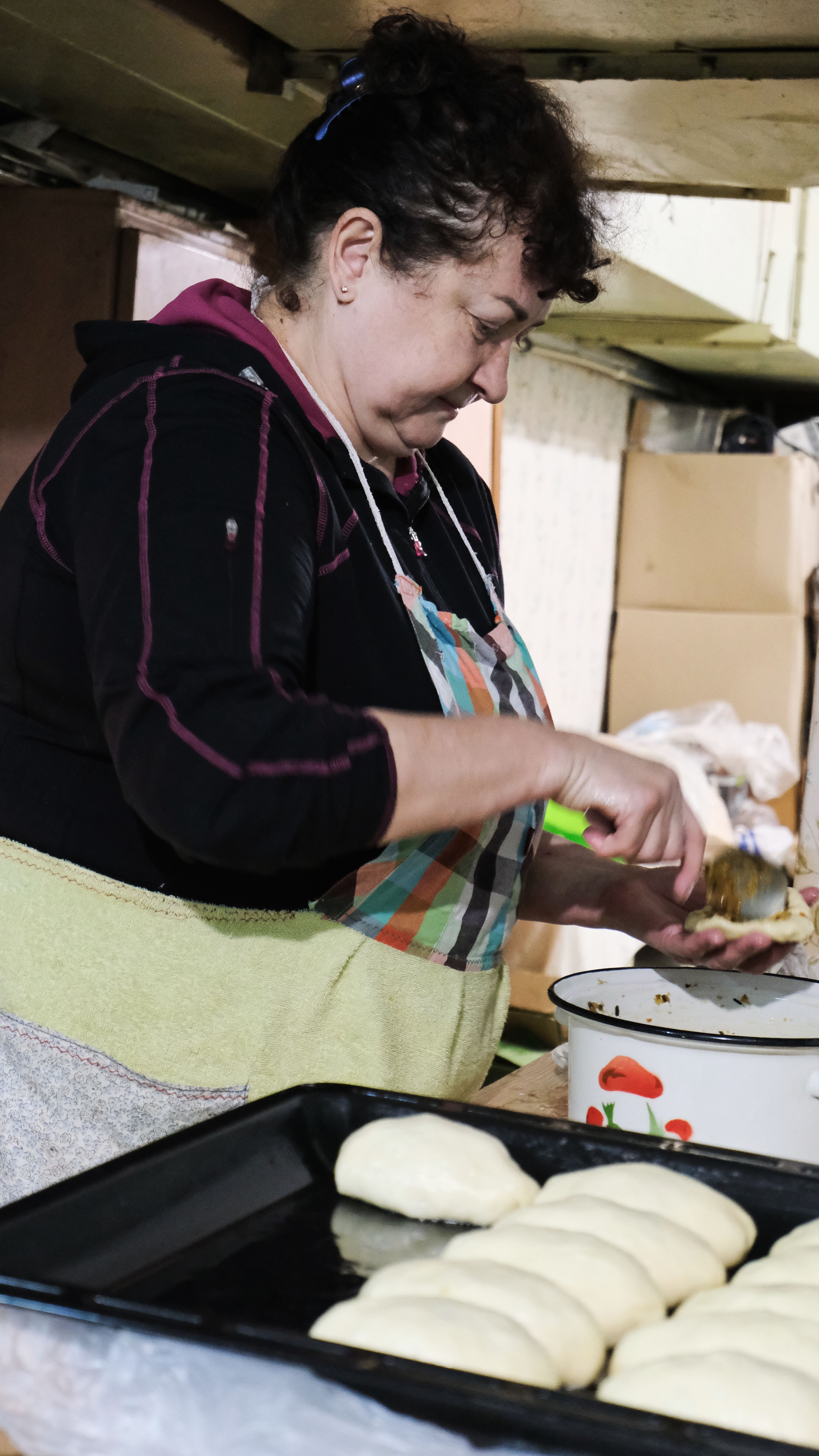 Even the hospital accountant is down in the basement, not only juggling budgets but providing three square meals a day for the patients and staff huddling in the basement. 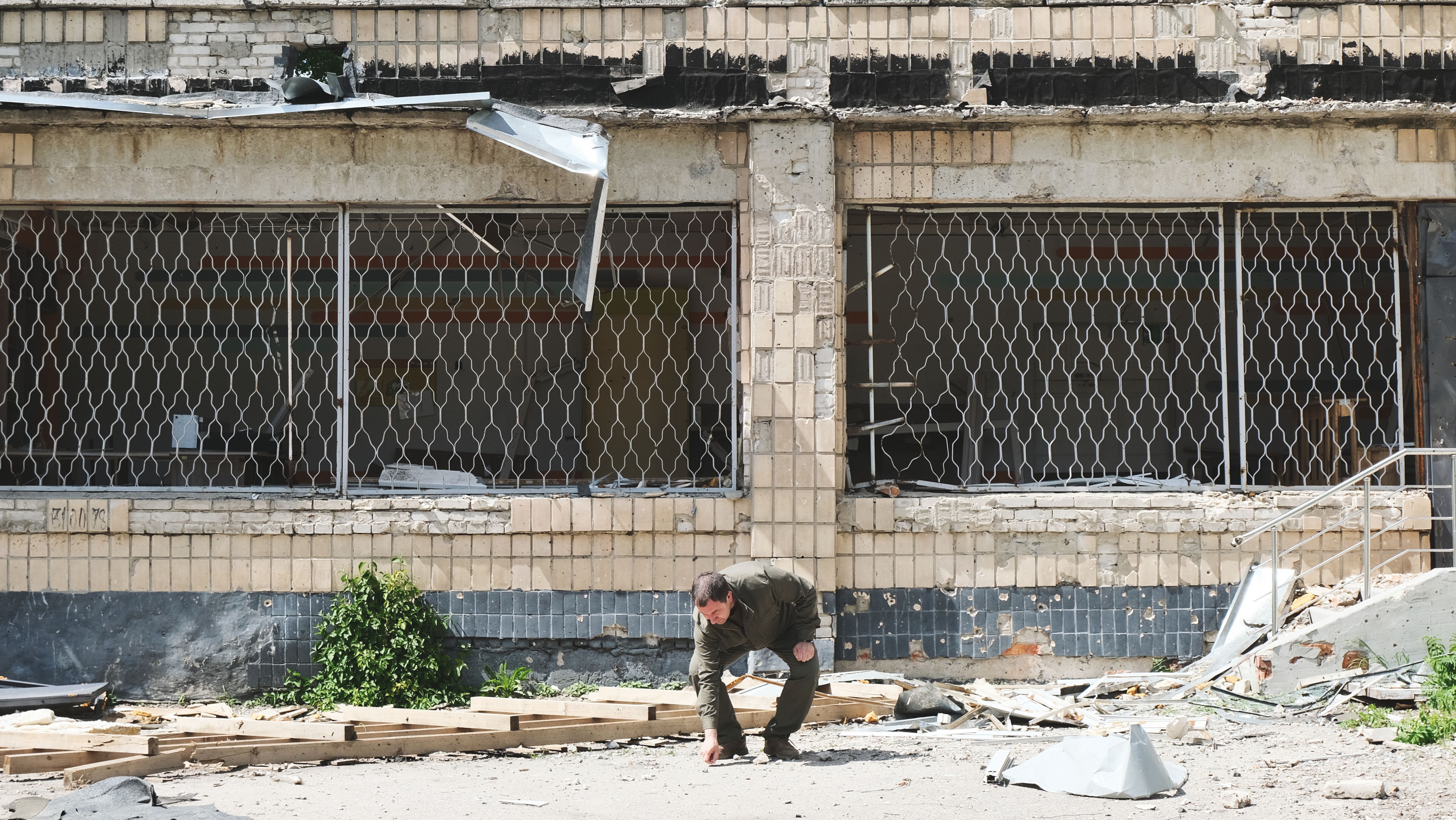 The bombardment is a terrible reality health care workers still struggle to understand. Every day the  director of the children’s hospital in Kharkiev finds pieces of shrapnel from the cluster bomb that shattered his hospital. 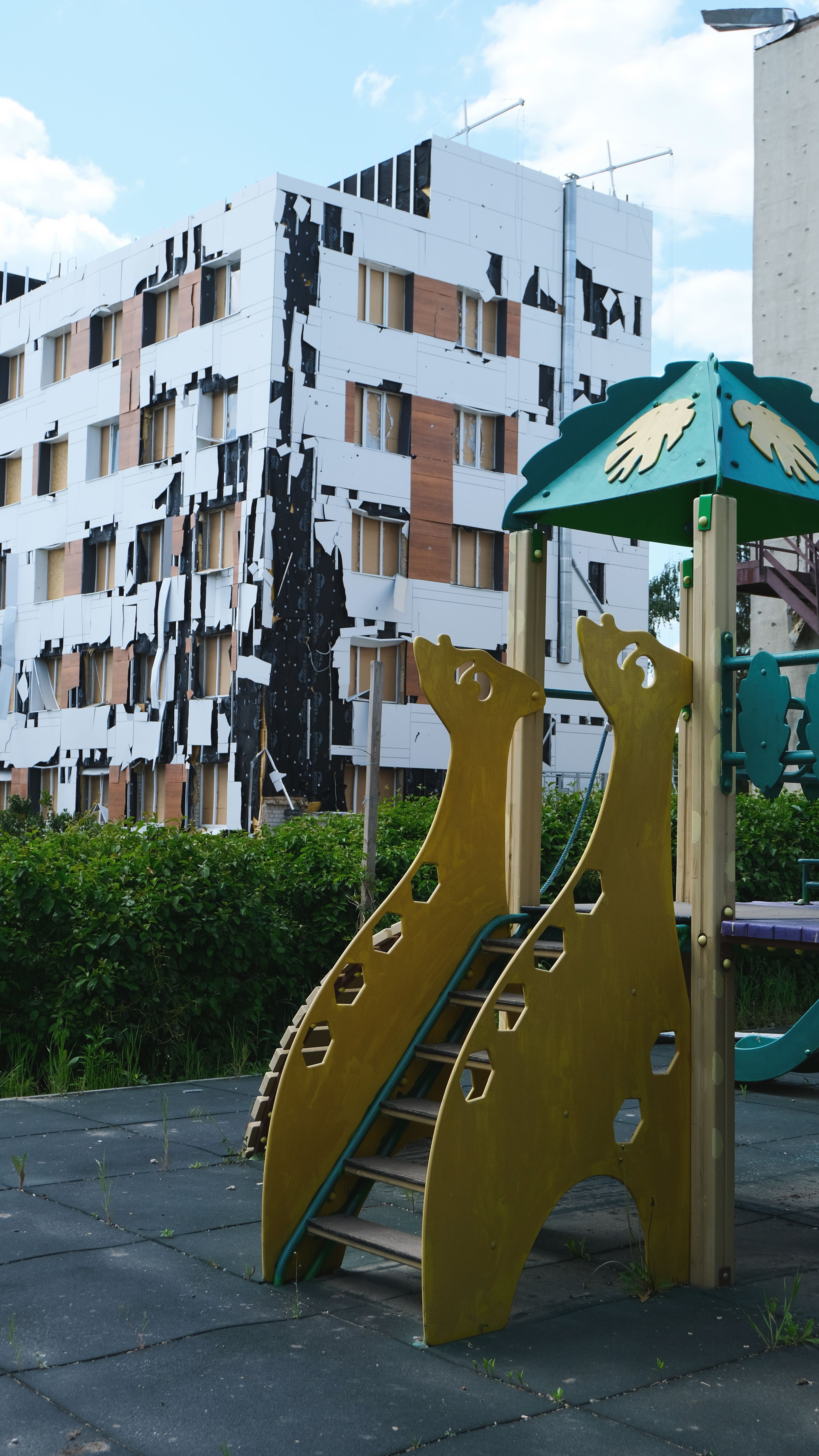 The playground is empty and silent, no longer a safe place for children to laugh and play.

No-one is safe and no-one is exempt from the devastating effects of war. Hospital buildings have been destroyed as too, have the ambulances needed to get people to lifesaving care. Here Chantal Calvel, deputy-incident manager for the WHO emergency response team examines one ambulance that has been so badly damaged it can no longer be used to transport patients. 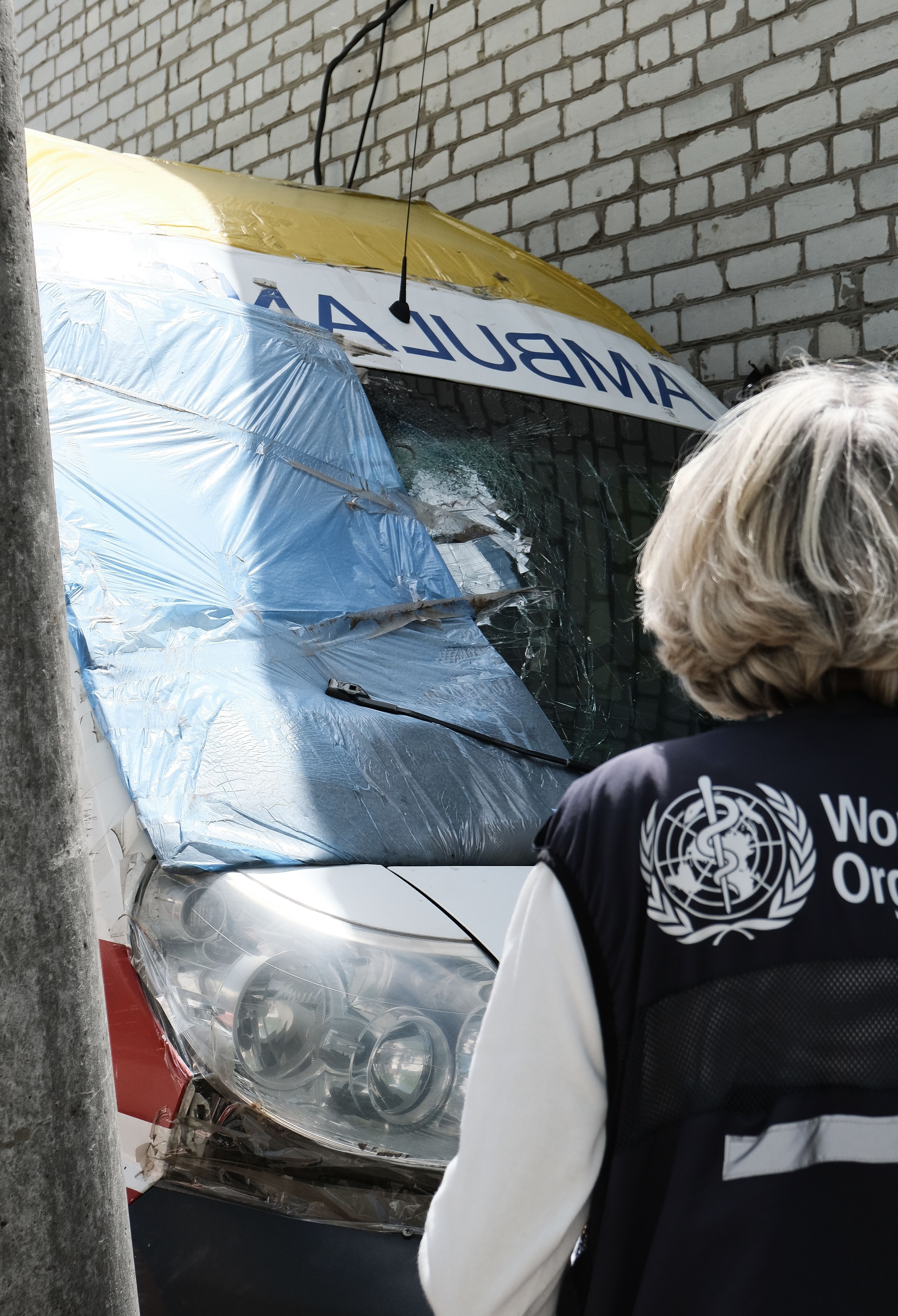 WHO recently provided the Ukraine Ministry of Health 20 all-terrain ambulances able to traverse areas where the roads are destroyed to help with the ever-growing task of providing healthcare to all who need it.  The ambulances are now being used throughout the country, including in the eastern oblasts  where ambulances are desperately needed.

WHO is also working closely with the Ministry of Health, city authorities and partners to identify what support is needed most urgently – whether it be emergency surgery and trauma supplies, training for dealing with mass casualties, mental health and psychological support services – and ensure that help is delivered. 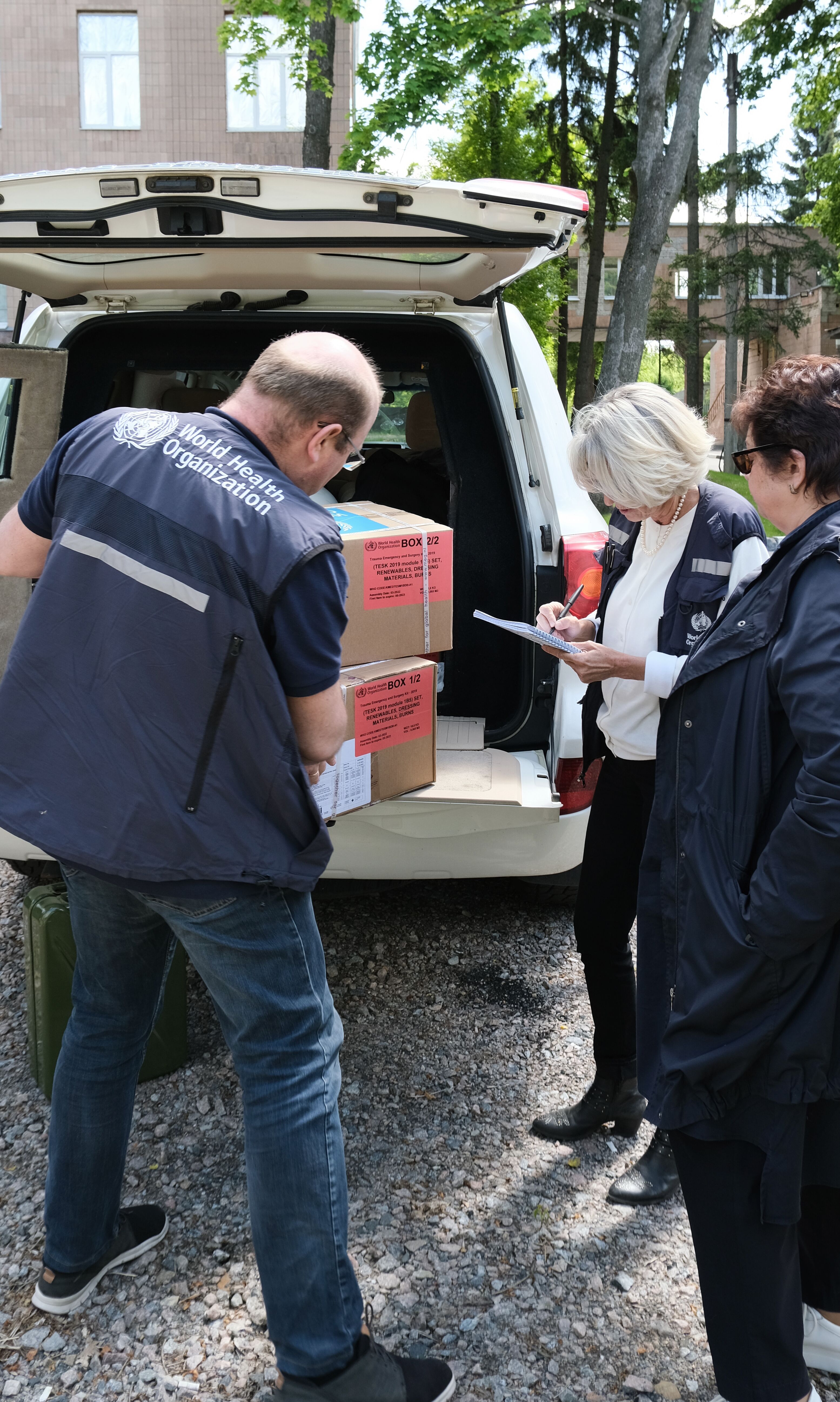