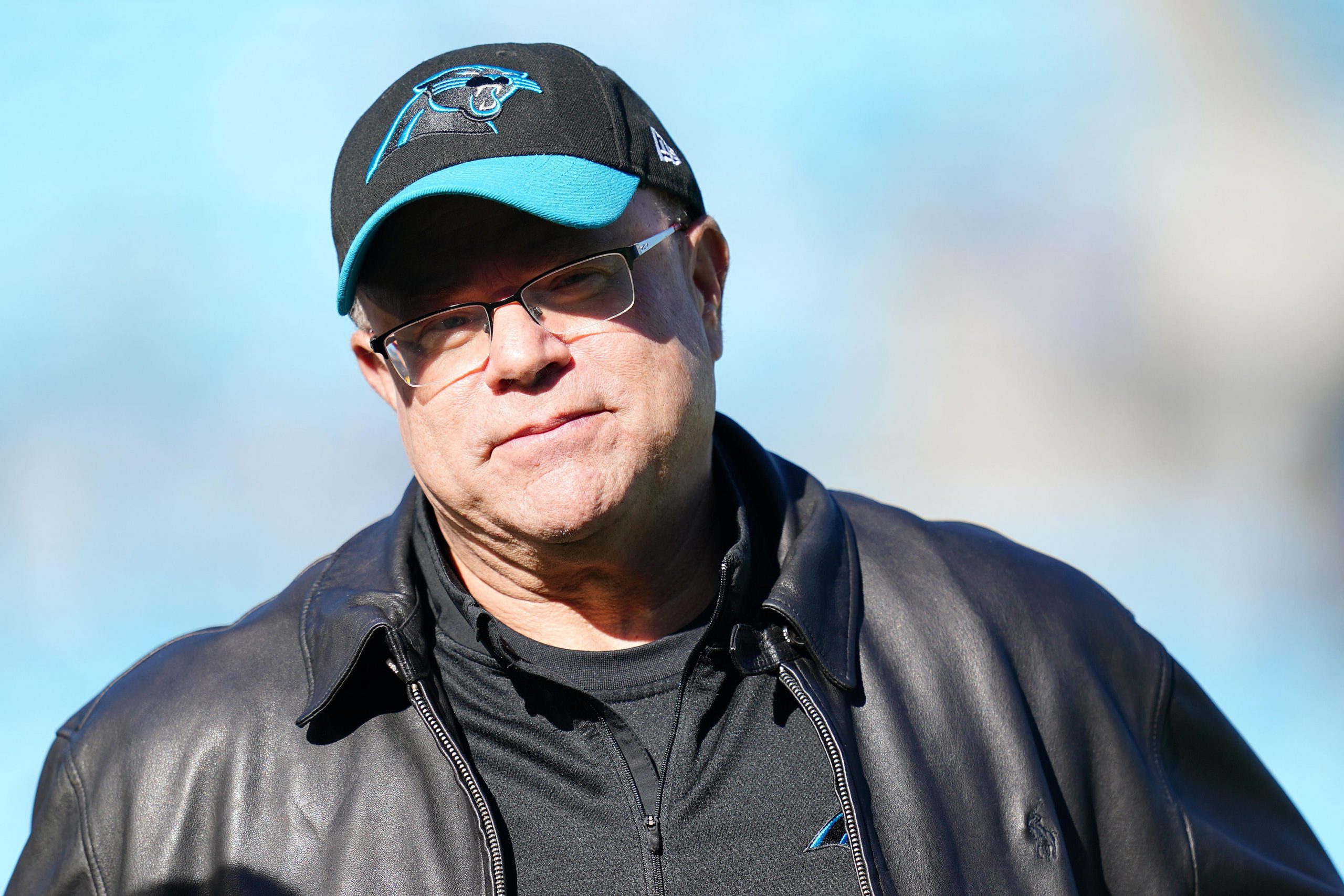 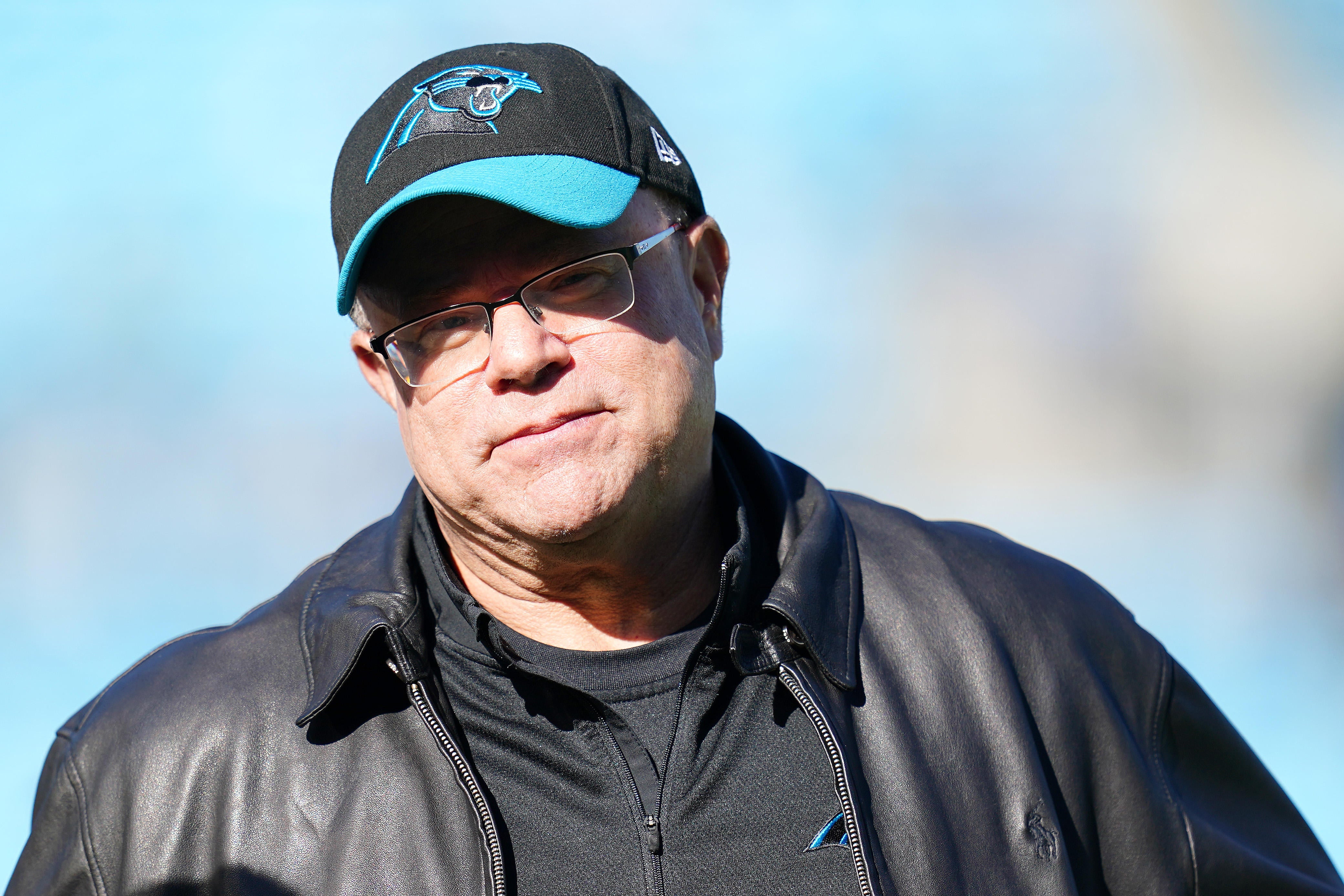 Tepper spent the first 20 minutes of his half-hour presser navigating well the questions of why his seven-year, $62 million coach didn’t work out. In the final 10 minutes, the hedge fund billionaire turned “aggressive, defensive and spiteful,” according to one AFC team staffer, revealing his combative, sharp-elbowed nature that helped him get on the Forbes list but has soured his southern fanbase and many observers around the league.

“I heard dealing with him makes it hard to do your job,” said one NFC personnel executive. “Similar to the press conference, dealing with that every day. …”

“Contrition is not a big trait of his,” said a high-ranking club executive.

“He wears his frustrations on his sleeve,” said a different high-ranking club executive, who gave the most charitable read of Tepper among the nearly dozen sources contacted by CBS Sports. “Introspective, humbling press conferences are not what you normally see in the NFL.”

Said one agent: “Any [coach] with options will use him for leverage.”

Steve Wilks is now the interim head coach in Carolina after Matt Rhule received his walking papers after beginning his third season 1-4. The Panthers went 11-27 under Rhule, and they now have to begin the final 12 games of this season with PJ Walker and Jacob Eason as their two healthy quarterbacks.

Why is a coaching search inevitable for Tepper? Could the next permanent head coach of the Panthers be the current interim?

“No promises were made,” Tepper said Monday. “But if he does an incredible job, he’d have to be considered for that.”

Interims rarely get the job. Rich Bisaccia took over a 3-2 Raiders team last year riddled with controversies, went 7-5 in the final 12 games and made the playoffs in a difficult AFC West and still didn’t get the permanent job.

Wilks is known for a warm but direct leadership style with his players. A Charlotte native, Wilks is in his second stint with the Panthers after having previously served as the defensive coordinator there in 2017. That same year the Rams interviewed him for their head coach opening that ultimately went to Sean McVay.

The Arizona Cardinals hired Wilks in 2018 to be their head coach. Sources have indicated he was strongly encouraged to hire Mike McCoy as offensive coordinator. The club went into the year with Sam Bradford as their starter and rookie Josh Rosen, taken 10th in the draft, as the backup. Bradford would never again play in the NFL after that season and Rosen was just released from his sixth team in five years. Wilks also had to navigate a training camp without GM Steve Keim, who was suspended for a July 2018 arrest of driving under the influence.

Wilks also oversaw a failed defensive overhaul where he attempted to take Arizona from a 3-4 defense and turn it into a 4-3 defense. Arizona went 3-13 that season and owner Michael Bidwill fired Wilks after just one year.

Wilks has since joined Brian Flores’ discrimination lawsuit, claiming he was hired in Arizona as a “bridge coach.” That lawsuit remains ongoing.

“I’m not going to really go down that road and talk about what’s fair,” Wilks said earlier this week when asked about his shot in Arizona.

He now has a 12-game audition to do an “incredible job” in Carolina.

Deal or no deal

Teams have been calling the Panthers about some of their veteran players. Carolina is a distressed asset in the NFL world, and with two weeks to go before the trade deadline, wouldn’t it want to send off some of its hefty contracts before presumably starting over again in 2023?

Not exactly. Sources there have been adamant that they aren’t interested in trading away receiver D.J. Moore and defensive end Brian Burns. The same at this point goes for third-year defensive tackle Derrick Brown.

They’d save $12 million in 2023 cap space with a Robbie Anderson trade. They’d very likely cut him outright before the start of the new league year if no trade partner materializes by Halloween.

And while teams are calling about Christian McCaffrey, the Panthers have not engaged in any serious trade talks. Carolina isn’t just going to give away one of the league’s best weapons when healthy. The Broncos, 49ers, Rams and Bills are among the teams that have shown varying degrees of interest in McCaffrey.

Should the losing continue in Charlotte this year, the Panthers could have a top-three pick in next year’s NFL Draft. The fifth-year options of Sam Darnold and Baker Mayfield will be off the books, and the team would be able to start fresh with a rookie quarterback in the latest new era of Panthers football.

Tepper bet on a college coach and lost. On Monday, after telling a story of how he recently had a dinner with an NFL team owner of several decades, Tepper admitted that “I’m still learning, quite frankly.”

Since his official purchase of the Carolina Panthers went through in 2018, Tepper has:

But Tepper defended his overall record Monday. He noted how he’s taken Bank of America Stadium as a mostly football-only venue and brought in several concerts along with a Major League Soccer franchise that cost him a $325 million entry fee.

“In this organization just as an aside away from football, in [these] four years [including] two COVID years, we’ve brought in, besides football, we brought in a soccer team that’s setting records and bringing 34,000 [people] and revitalizing the city,” Tepper said. “We brought music back — not back to Charlotte, there never was music in Charlotte, you know, with concerts. We reopened restaurants because of what we’ve done here. So if you look at what’s really been done on the field — on the field — by this organization, there’s been no lack of progress in these four years. Two COVID years, OK? So you want to look at the results? It’s a results-oriented business. We’ve won and we’ve won. You know the place we’re not … we’ll do better on the football field in the future.”

Of course there had been live music in Charlotte. Just down the road, the Spectrum Center, where the Charlotte Hornets play their home games, has hosted hundreds of concerts and live shows since its 2005 opening.

But nothing rubbed fans the wrong way as much as his dubious claim about the Panthers history.

“As I said at some point, this team has never had two [consecutive] winning seasons,” Tepper said. “So I don’t really think it ever really had a culture of winning.”

Indeed, the Panthers have never had consecutive winning seasons in the franchise’s 28-season history. It’s a miserable factoid that only the Browns can commiserate with over the last three decades.

But no culture of winning?

From 2013-2017 the Panthers won the NFC South three straight times (it had never been won in consecutive years), went to the playoffs four times, appeared in a Super Bowl after a 15-1 2015 season and had the fifth-best winning percentage (.644) in all of football during that five-year stretch.

One person who was on some of those teams called the statement “preposterous.” Indeed, it’s impossible to have been around that team during those years and not believe it didn’t have a culture of winning even if the 2014 team went 7-8-1 and sneaked into the postseason.

And then account for the 2003-2008 stretch where the Panthers went to their first Super Bowl, went to the playoffs two more times (including one NFC championship Game) and tied for the league’s seventh-highest winning percentage (.583) during that six-year stretch.

As much as Charlotte enjoys a Garth Brooks concert or a family-friendly soccer match, the city just wants its football to win more games. And short of Wilks doing an incredible job, the Panthers are headed for their fifth straight losing season, the most consecutive losing seasons in franchise history.