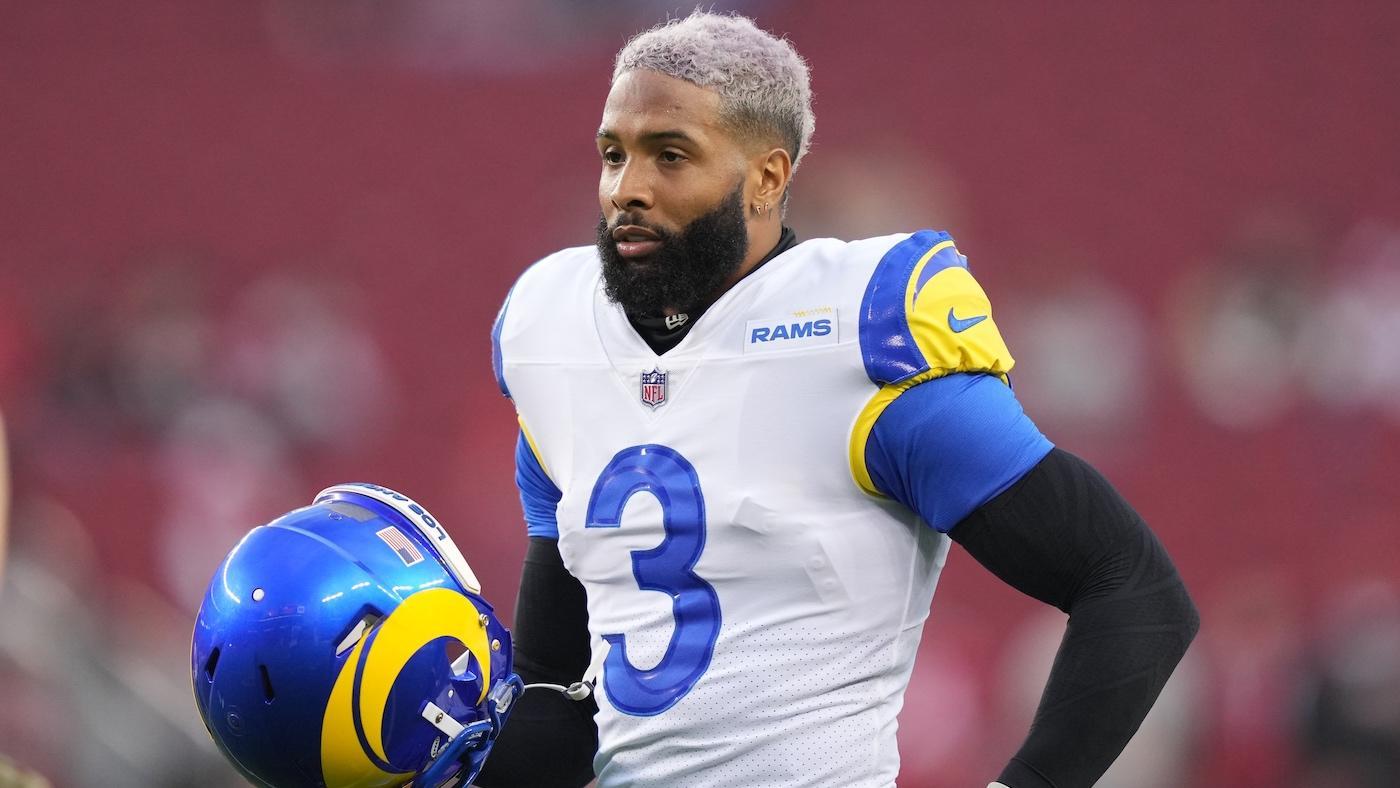 New layers have been added to the 2022 NFL season’s “Will they or won’t they?” saga between three-time Pro Bowl wide receiver Odell Beckham Jr. and the Dallas Cowboys. The 30-year-old wideout coming off his second ACL injury won’t be ready to play before the playoffs begin, according to a report from the Dallas Morning News. ESPN also reported Dallas has concerns Beckham wouldn’t be ready to play until “mid-January”, which equates to the Cowboys making a run to the NFC Championship Game, something they haven’t done since the 1995 season. Additionally, the second part of ESPN’s report notes that there’s  a “possibility” that signing him now wouldn’t help the team until next season in 2023.

However, CBS Sports NFL Insider Josina Anderson reports Beckham Jr. is still visiting with the Cowboys and feels like he is “able to contribute to the playoffs this season” after joining a team and getting familiar with their playbook and his new teammates.

Team owner and general manager Jerry Jones said “we’re going to keep that at bay” when asked if Beckham Jr. is ready to play during his radio appearance on 105.3 FM The Fan in Dallas. At the moment, Jones declined to name a timeline on when a decision could be made to sign the high-profile pass-catcher.

“By no means are we at a position to say, ‘close’, or where we are,” Jones said on Tuesday. “We’re just discussing the many options that are there.”

As of Tuesday morning, it appeared as though Beckham Jr. had yet to go through a full workout with the team, since Jones addressed the level of comfort he would have in signing the player who tore his ACL in last season’s Super Bowl with the Los Angeles Rams.

“Well, I’m not confident at all,” Jones said when talking about signing Beckham Jr. without working him out. “That’s the issue. We all realize the issue of health… We’ve got a good bead on that.”

Many of the Cowboys’ top players and locker room leaders have spoken publicly about their desire to add Beckham Jr. to their team over the last few weeks. Cowboys linebacker Micah Parsons and cornerback Trevon Diggs turned their words into action by taking the wide receiver to Monday night’s Dallas Mavericks-Phoenix Suns game.

“We know the type of player Odell is,” Cowboys running back Ezekiel Elliott said, via DallasCowboys.com. “We know how explosive he can be and what he can be for this offense. It’d be great to get him down here in Dallas, another weapon in our repertoire. … We want him. We want OBJ.”

About two weeks after those initial comments, quarterback Dak Prescott spoke about the Beckham Jr. situation. The Cowboys quarterback said he’s “definitely sent some messages” to the talented veteran, per The Athletic, and wants to see him in Dallas as the team looks to make a Super Bowl run.

“He knows how much I want him here,” Prescott said, via DallasCowboys.com. “There’s been a little back-and-forth. Just making sure he understands that we want him here. … We’re getting him in [for a visit], and hopefully things are going great in the recruiting process.”

Even the team’s official Twitter account wanted to make a push for the wide receiver back on Nov. 22.

Beckham Jr.’s presence could add another reliable target on the outside for Prescott, something the team has missed alongside Lamb after trading Amari Cooper to the Cleveland Browns in the offseason. The two players Jones decided to pay instead of Cooper this past offseason, tight end Dalton Schultz and wide receiver Michael Gallup, have come on slowly in 2022. Schultz ($10.9 million on the franchise tag) has dealt with a nagging knee injury, and has started to just come around, catching all three of his touchdowns in the last four games. Gallup (five-year, $57.5 million extension) back from an ACL injury he suffered in 2021 caught two touchdowns, his second and third of the season, Sunday night against the Indianapolis Colts. They represented his first scores since Week 4 against the Washington Commanders, his first game played this season.

Beckham Jr. signed with the Rams in Week 10 last season after a release from the Browns, and he grabbed seven receiving touchdowns from that point through the Rams’ Super Bowl win, tied for the fifth most in the NFL from Week 10 through the conclusion of the playoffs.

If Dallas and Beckham Jr. agreed on a deal this season, it would add intrigue to a tight NFC East division race. Behind the undefeated 11-1 Philadelphia Eagles are the Cowboys at 9-3, followed by the New York Giants at 7-4-1 and the Washington Commanders at 7-5-1. New York drafted Beckham 12th overall in the 2014 NFL Draft, and he immediately succeeded, winning the 2014 Offensive Rookie of the Year award. All three of the wide receiver’s career Pro Bowl appearances came in his first three seasons with the G-Men. Beckham Jr. was traded by former general manager Dave Gettleman prior to the 2019 season along with defensive lineman Olivier Vernon to the Cleveland Browns in exchange for offensive lineman Kevin Zeitler, safety Jabrill Peppers and two draft picks (2019 first-round pick and 2019 third-round pick). The move came under a year after the Giants signed Beckham Jr. to a five-year, $90 million contract extension.

If Odell Beckham Jr. ends up with the Silver and Blue this season, revenge and the pursuit of a second Super Bowl ring could likely be two of the top reasons why.