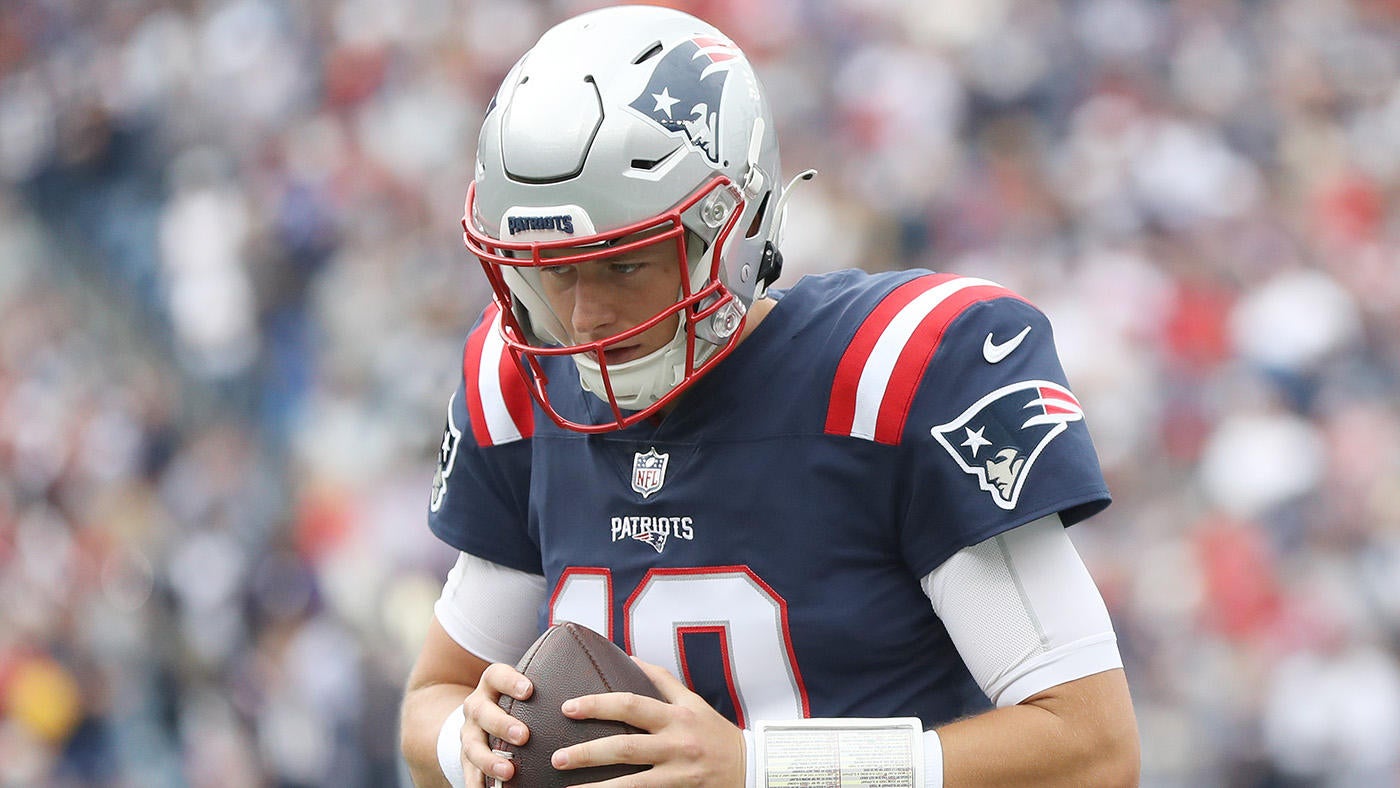 Injuries are at the forefront of the NFL conversation with Week 4 underway, mostly in light of Tua Tagovailoa’s brief hospitalization Thursday night after head and neck trauma forced him out of the Dolphins’ loss. Miami isn’t the only team with uncertainty under center going into the weekend, either. Some clubs are much healthier than others, and quite a few big names remain questionable to suit up on Sunday. Here, we’ve compiled all the final injury reports for Week 4 action.

The Saints will be shorthanded in at least some capacity, with the biggest absence likely coming under center, where Winston is recovering slower than expected from lingering issues. Former Bengals veteran Andy Dalton, last seen with the Cowboys and Bears, is on track to get his first start of 2022. Rookie Chris Olave and reserve Tre’Quan Smith could see even more targets with Thomas out and Landry banged up, while Kamara is expected to suit up but could be on a pitch count alongside Mark Ingram.

The Vikings are far healthier, with star running back Dalvin Cook (shoulder) disappearing from the report after making a full return to practice. Starting defenders Eric Kendricks (toe) and Harrison Smith (concussion) are also good to go.

Allen did not practice on Friday and was ruled out for the third straight game. With Jalen Guyton out for the year, expect significantly more reps for DeAndre Carter this week. Justin Herbert (ribs) was a full participant and J.C. Jackson (ankle) will play for the Chargers Sunday.

Dameon Pierce (hip) was a full participant for the Texans Friday. He’ll play Sunday after not being given an injury designation.

Jones was a surprise absence from practice on Thursday after being added to the injury report, but he was limited Friday. Jaguars head coach Doug Pederson revealed the he wants to make sure Jones is 100%, which is why the questionable designation was given. Griffin missed last week’s game with a hip injury and was limited in practice all week.

Former 49ers third-rounder Trey Sermon is set to debut as a No. 2/3 RB for the Eagles with Scott absent, behind Miles Sanders and Kenny Gainwell. With Maddox out after not participating in practice all week, expect Zech McPhearson to fill in as the slot cornerback.

Garrett, the Browns’ top edge rusher, is still recovering from injuries suffered in a car crash this week. While he’s listed as a game-time decision, he said if it were up to him, he’d be on the field.

If Patterson can’t go for the Falcons, Arthur Smith’s squad is likely to turn to backups Tyler Allgeier and Avery Williams on the ground.

The Seahawks are relatively healthy heading into this one. Rookie Coby Bryant is set to start his third straight game in the slot with Coleman doubtful to play.

Jared Goff will be without some of his best weapons at home, with Jamaal Williams slated to handle RB1 duties and tight end T.J. Hockenson might also be in for additional looks in the passing game. If Chark and Reynolds can’t go, who plays wide receiver? Expect a heavy dose of Kalif Raymond and Quintez Cephus as the starting wideouts if the top three can’t go.

New York’s receiving corps will once again be without Toney, the 2021 first-rounder, who also sat out Week 3. Williams’ absence up front could also put more pressure on the Giants’ edge rushers, who failed to make much of an impact against the Cowboys last week.

The Bears will also be without a few of their top players; Khalil Herbert is set to start at running back with Montgomery sidelined, and Johnson’s absence leaves Chicago without its No. 1 cover man.

The Commanders are banged up on the offensive line, one that has given up the most sacks in the NFL this season. Leno has been dealing with this shoulder injury and has been limited Friday. If he can’t go, Cornelius Lucas will start at left tackle. Nick Martin will start at center with Schweitzer out. He’s Washington’s third starting center in four games. Right tackle Sam Cosmi (knee) will play.

Michael Gallup (knee) is back for the Cowboys and will will make his season debut after not being given an injury designation. Dak Prescott (ankle) isn’t throwing yet, so he’s out and Cooper Rush will start. Dalton Schultz has an uncertain status whether he’ll play after being limited Friday.

Hooker failed to clear the league’s concussion protocol in time, so he’ll miss Sunday’s game. The Titans are thin in the secondary with all their injuries, leading to McCreary in the slot and Kristian Fulton at outside cornerback. Treylon Burks will suit up at wide receiver after missing practice with an illness earlier in the week.

Up against Derrick Henry and Co., the Colts defense could be without a couple of key starters if Buckner doesn’t suit up; the star interior defender did not practice leading up to the game. Leonard, meanwhile, could make his 2022 debut at linebacker after missing the first three games while recovering from back surgery, though coach Frank Reich has made it clear he won’t be at 100 percent either way.

The biggest news here is the omission of Zach Wilson from the Jets’ report, as the QB is fully cleared from the knee surgery that kept him sidelined for the first three games. He’ll make his 2022 debut, replacing backup Joe Flacco. Quincy Williams didn’t practice all week, so he’s out for Sunday.

The Steelers got good news as Minkah Fitzpatrick cleared concussion protocols, so he’ll play Sunday. Pittsburgh is relatively healthy heading into this one.

After missing Week 3, Davis told reporters he will return to the field despite the questionable tag, serving as Josh Allen’s WR2 opposite Stefon Diggs. That doesn’t mean Buffalo will be unscathed going in, with Morse and Oliver both iffy in the trenches. Less than two weeks from his scary head injury against the Titans, Jackson also said he’s planning to play in the Bills secondary despite entering as a game-time decision.

If Stanley could play for the Ravens Sunday, it would be huge. The injuries at left tackle are mounting and Stanley did practice in full throughout the week. He’ll make a decision based on information he gathers from the coaching and medical staff. Fourth-round rookie Daniel Faalele would start at left tackle if Stanley and Mekari can’t go.

The Cardinals, still without DeAndre Hopkins due to suspension, could be calling upon the bottom of their receiver depth chart in this one. With Green out and both Brown and Moore banged up, reserve Greg Dortch could see another high volume of targets from Kyler Murray, along with tight end Zach Ertz. Running back James Conner (knee) is good to go as well.

Baker Mayfield will have a banged-up supporting cast, at best, with McCaffrey “hopeful” to play despite practicing in limited fashion just once this week. Shenault, who emerged in Week 3, is a game-time decision.

Jones cleared the concussion protocol, so he’s eligible to play Sunday. If Jones sits, Mike Purcell will start at nose tackle. Meinerz  had a setback in practice, which ruled him out for Sunday. The Broncos also play Thursday night, so it may have been wise to give him a few extra days.

No Renfrow again for the Raiders, so Mack Hollins is expected to take over a sthe No. 2 wide receiver for another week. Ya-Sin was limited in practice and his status is expected to be determined after Saturday’s walkthrough. Denzel Perryman was limited with an ankle injury all week, but he’ll play.

Despite Mac Jones’ presence at practice Friday, the second-year QB has been ruled out and veteran backup Brian Hoyer will start. Jones’ high-ankle sprain has been classified as “severe” in multiple reports, and the second-year starter did not show much mobility during his limited return to the field. As for the questionable players, Bill Belichick listed them all as limited in practice all week.

David Bakhtiari (knee) and A.J. Dillon (knee) both were not given an injury designation. They’ll play for the Packers Sunday. Ditto for Elgton Jenkins (knee) and Allen Lazard (ankle).

Butker got a “we’ll see” from Andy Reid in regards to his playing status on Sunday. He’s a game-time decision. Valdes-Scantling was limited in Friday’s practice, but so was Mecole Hardman who was not given an injury designation. Skyy Moore could be in line for increased snaps this week.

For the Buccaneers, Tom Brady could be down plenty of his top targets again. Head coach Todd Bowles said Godwin will be a game-time decision on Sunday, and he will make sure his receiving corps is healthy and 100% before having them all (Godwin, Evans, and Gage) out there. With Perriman doubtful, the Buccaneers’ top-three receivers could be Evans, Cole Beasley, and Scotty Miller. Jones is expected to be on a pitch count if he’s cleared to play.