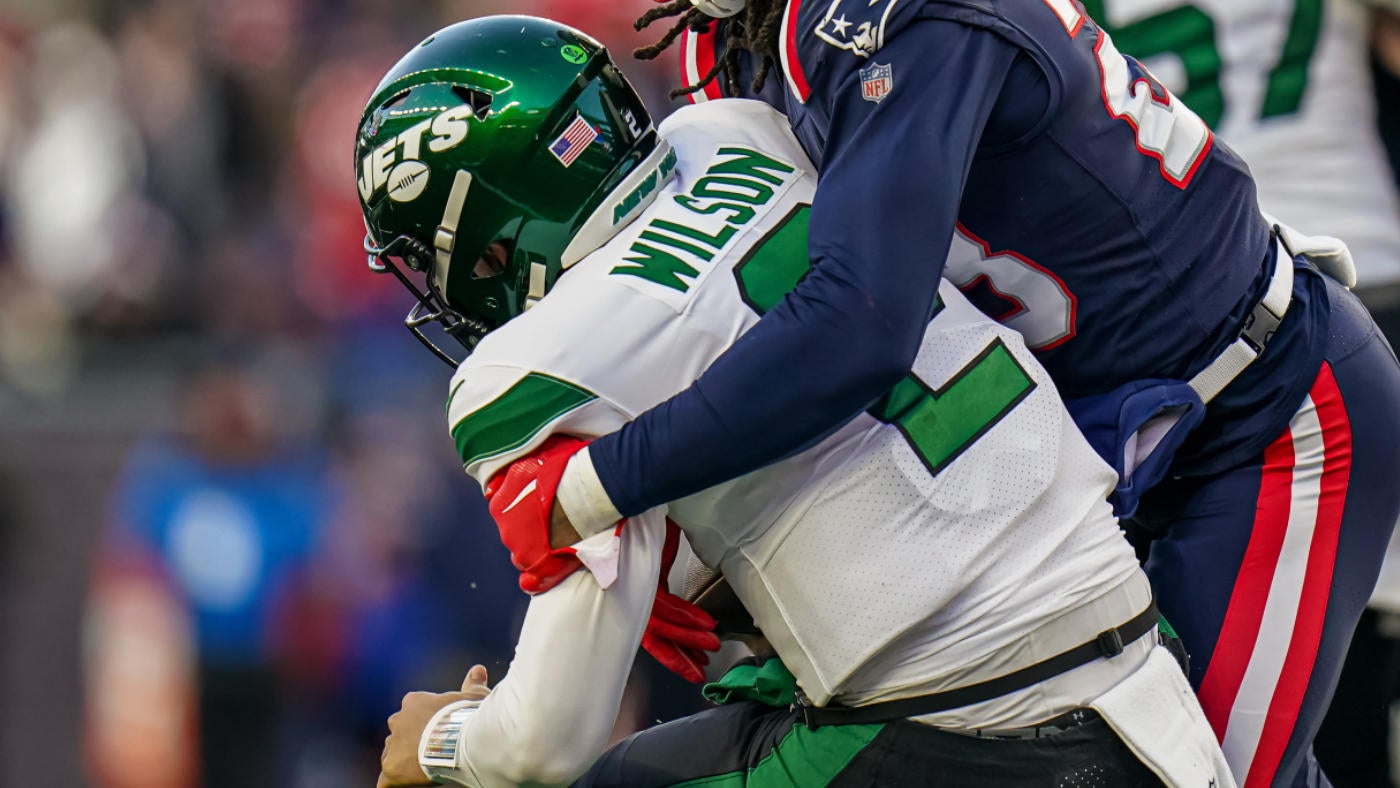 Welcome to the Monday edition of the Pick Six newsletter!

If you haven’t checked your calendar lately, I have some big news: It’s Thanksgiving week, which means we’ll be spending 63% of the newsletter talking about food instead of football over the next four days.

One thing we won’t be covering here is the World Cup, but if you want to follow all of our coverage here at CBSSports.com, then make sure to sign up for our soccer newsletter (Golazo), which you can do by clicking here.

OK, let’s forget about the World Cup for a second though and get back to talking about normal things like the Jets losing. The Jets’ wild loss to the Patriots dropped them out of the top-seven in the AFC playoff picture, which I’m only bringing up because we’ll be taking an in-depth look at the playoff race today. We’ll also be handing out grades and making picks for tonight’s 49ers-Cardinals game in Mexico City.

It’s Monday, which can only mean one thing: I stayed up until 3 a.m. last night recording a podcast with Will Brinson and Ryan Wilson that touched on everything you need to know about Week 11, and let me just say, it’s probably for the best that you listen. We covered all 12 games from Sunday, which means we likely spent some time talking about your favorite team.

One thing we do every week is hand out our weekly winners and losers from Sunday’s action. Here’s a look at who made our list.

Not only did we list our winners and losers, but we also recapped every game from Sunday. To listen to today’s episode, be sure to click here. You can also watch the entire episode on YouTube by clicking here.

2. Week 11 grades: Patriots get a B- for wild win over Jets, Chiefs earn a B+ for beating Chargers

Every week I team up with six of my colleagues here at CBSSports.com to hand out grades, and this week, the Chiefs earned a B+ from our imaginary football school.

Here’s a look at the grades from two notable games that were played Sunday:

As for the other 20 grades we handed out on Sunday, you can check those out by clicking here.

With the NFL heading into Thanksgiving week, now seems like a good time to take our first extensive look at the playoff picture.

Here’s a look at the top seven teams from each conference:

The most notable part of the AFC playoff picture is that the Chiefs might already have the top spot wrapped up. Sure, they haven’t officially clinched anything, and yes, there are still seven weeks to go in the season, but the problem for every other AFC team is that the Chiefs have the EASIEST remaining schedule of any team in the NFL. The Chiefs’ remaining opponents have a winning percentage of just .364. The Ravens have the second-easiest schedule at .366. To that in perspective, every other AFC team has a remaining strength of schedule that’s at .440 or above and the Bengals have the third-most difficult remaining schedule in the NFL at .614. Over the final seven weeks, the Bengals will play EVERY team above them in the AFC playoff standings except for the Dolphins, who they beat back in Week 4.

The Monday night game between the 49ers and Cardinals could have a major impact on the playoff standings. If the 49es lose, they’ll fall out of the seventh spot and the Commanders will jump up and take their place. On the other hand, if the 49ers win, they’ll take over first place in the NFC West, which will vault them all the way up to the third spot. If that happens, the Seahawks will then drop down to the seventh seed.

For a full breakdown of the playoff picture, be sure to click here.

Every Sunday night, I get an email from our research department here at CBS Sports, and every Sunday, that email always includes some amazingly wild facts about the games that were just played.

With that in mind, here are 10 crazy facts about Week 11:

If you see any other fun facts, feel free to tweet them at me.

5. Monday preview: Prepping you for 49ers vs. Cardinals

The NFL will be wrapping up its international slate of games tonight with the 49ers and Cardinals kicking off from Mexico City in what will be a “home” game for Arizona. With the Cardinals sitting at 4-6, it feels like they need to win if they want to have any shot of staying relevant in the NFC West, but winning won’t be easy because Kyler Murray is out, which means Colt McCoy will be getting his second straght start.

My good buddy Jared Dubin wrote our deep-dive preview for this game here at CBSSports.com, and here’s how he sees the game playing out:

Finally, if you’re wondering who we’re picking, here’s who we have tonight in a game where the 49ers are currently favored by 10 points.

The 49ers opened as a 7.5-point favorite, but that number shot up with the news that Kyler Murray wouldn’t play.

Over on our CBSSports.com picks page, our experts have made a unanimous choice with all eight picking the 49ers to win and cover.

It’s been a  busy weekend in the NFL, and since it’s nearly impossible to keep track of everything that happened, I went ahead and put together a roundup for you.