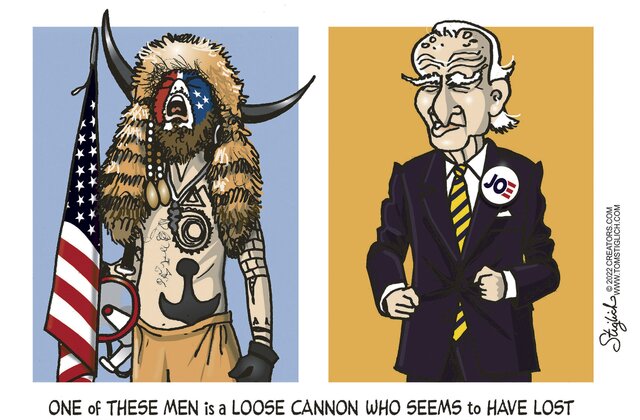 Here’s a collection curated by The Associated Press’ entertainment journalists of what’s arriving on TV, streaming services and music platforms this week.

— The gripping documentary “Hold Your Fire,” directed by Stefan Forbes, chronicles a 1973 Brooklyn robbery that became a turning point in hostage negotiation tactics and de-escalation. The scene, vividly depicted in archival and contemporaneous news footage, captures a classic New York much like the one found in Sidney Lumet’s “Dog Day Afternoon.” When four Black men attempted to rob a sporting good store, they were trapped by police and a 47-hour standoff, with hostages and a killed policeman, ensued. “Hold Your Fire,” which is debuting Friday in theaters and on digital rental, captures how one former traffic cop, with a degree in psychology, flipped an often fatal script and used communication, not violence, to settle a crisis and remake policing.

— You could say that the cartoon-live action reboot “Chip ‘n Dale: Rescue Rangers” is an unlikely project to gather some top “Saturday Night Live” alums. Yet here is a “Chip ’n Dale” with John Mulaney voicing Chip, Andy Samberg as Dale and Lonely Island auteur Akiva Schaffer directing the new Disney+ release, streaming Friday. In this “Chip ‘n Dale,” the title chipmunks are living in modern-day Los Angeles and long removed from the heyday of their TV series. Chip has resorted to suburban domesticity and Dale is living off his long-gone fame. With KiKi Layne, Will Arnett, Eric Bana and Keegan-Michael Key.

— Fans of the best picture-winning “CODA” may want to check out Hulu’s “The Valet,” starring Eugenio Derbez as a valet attendant hired to act as though he’s dating a movie star (Samara Weaving) to square rumors of an affair with a Los Angeles real estate mogul (Max Greenfield). The film, streaming Friday, is a rom-com platform for the versatile Mexican star Derbez, who memorably played the music teacher in “CODA.”

— Harries, rejoice! Harry Styles’ third studio album, “Harry’s House,” is on the way. The collection, due out Friday, is the follow-up to his fine album “Fine Line” from 2019. Styles is coming off a two-weekend headlining stint at Coachella, where he was joined by Shania Twain and Lizzo. The first single from the new album is “As It Was,” a melancholy ’80s-based low burner that spent three weeks atop the Billboard Hot 100 in April. Styles told BBC Radio One that the song is about “embracing change, losing oneself, finding oneself, a shift in perspective.” Some of the new song titles are “Music For a Sushi Restaurant,” “Late Night Talking,” “Grapejuice,” “Daydreaming,” “Keep Driving,” “Satellite,” “Boyfriends” and “Love of My Life.”

— The Who icon Pete Townshend opens up in a new Audible Original, taking listeners through the period between the 1978 death of band drummer Keith Moon and the 2002 loss of bassist John Entwistle. “Pete Townshend: Somebody Saved Me” mixes his memories and songs like “Let My Love Open the Door,” “Slit Skirts,” “You Better You Bet” and “Eminence Front.” Townshend joins other iconic musicians telling their stories on Audible, including Eddie Vedder, Billie Joe Armstrong, Tom Morello, James Taylor, Sheryl Crow, Yo-Yo Ma and Gary Clark Jr.

— Two vital American musicians met and jammed together in the summer of 2011 when legendary singer Mavis Staples visited her good friend Levon Helm of The Band in Woodstock, New York. Staples and her band spent five or six days with Helm and his band, playing music and telling stories. It was the last time they would meet; Helm died in 2012. A record of their last meeting together is finally being released Friday — “Carry Me Home.” The setlist mixes vintage gospel and soul with timeless folk and blues, including “This Is My Country” by Curtis Mayfield and “The Weight” by Robbie Robertson.

— Angelyne didn’t have or need the internet to make her a Los Angeles celebrity — billboards scattered around town starting in the 1980s did the trick. Her seductive image brought her surprisingly enduring fame – and now a show based, sort of, on her story. Peacock’s limited series “Angelyne,” starring Emmy Rossum and debuting Thursday, is billed not as a traditional biography but, as showrunner Allison Miller described it, a “magical story… about becoming the person you were meant to be” and about L.A. and the dreamers it attracts. Martin Freeman, Alex Karpovsky and Hamish Linklater are in the cast.

— Adam Conover, who used comedy to apply the power of critical thinking in “Adam Ruins Everything,” takes a similar approach to the workings of government in “The G Word With Adam Conover,” debuting Thursday on Netflix. In what’s described as a “hybrid comedy-documentary series,” Conover explores how crucial — both for good and not-so-good — government is to our lives, from weather to food to money and more. The show is based on “The Fifth Risk: Undoing Democracy” by Michael Lewis (“The Big Short”) and includes a cameo by former President Barack Obama that cements his comedy chops.