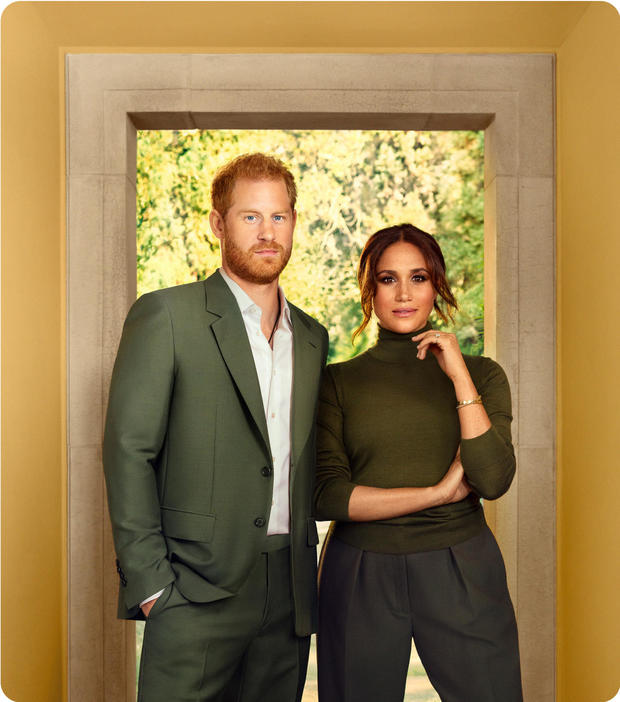 Netflix’s shrinking subscriber base and stock price are a reckoning for the company, raising question about its growth prospects in the increasingly competitive streaming business.

“At almost every single impasse they have faced before, the company found a way to safely maneuver before hitting the wall,” MoffettNathanson Research analysts said in a report. “However, this time it feels different as the first quarter 2022 earnings release, investor letter and video interview portrayed a company that was more surprised by things and less clear than ever about the path forward.”

In response, Netflix is already moving to cut costs by pulling the plug on a number of shows. The latest casualty is an animated series created by Meghan Markle, known by its working title “Pearl,” that was one of several program being developed by her and Prince Harry’s Archewell Productions as part of the royal couple’s estimated $100 million deal with Netflix.

Given the pressure to produce award-winning shows and compete with the multitude of other streaming services, Netflix’s recent cancellations underline that virtually no series is safe. How does Netflix decide what shows to cut? Cancellation and renewal decisions are “based on viewing data, not by cost,” according to Variety.

Here are the shows Netflix has cancelled so far in 2022.

Latino-themed dramedy “Gentefied,” produced by America Ferrera of “Ugly Betty” fame, was cancelled in January after two seasons. Created by Marvin Lemus and Linda Yvette Chávez, the critically acclaimed series premiered on Netflix in February of 2020 and focused on the lives of a Mexican-American family. It won a devoted fan base, many of whom praised the show for its realism.

Touted by The Guardian as “a rare work of comic genius” but panned by Rotten Tomatoes critics as “a missed opportunity,” Paris Hilton’s cooking show parody featured celebrity guests, diamond-studded utensils and words not often used by TV cooks, such as “Ew.” The show got chopped after a mere six episodes. At least fans got to see Paris and Kim Kardashian make a frittata.

Unlike other shows on Netflix’s chopping block, the short-lived “Another Life” was never a hit with critics. Fans of the sci-fi series learned of its demise after two seasons, when the show’s star, Katie Sackhoff, who played astronaut Niko Breckenridge, confirmed the news on Twitter. “I’d like to thank everyone single person who watched & supported Another Life on Netflix. To our crew & cast thank you for always working so hard & being prepared. I wish we could do more seasons but sadly it’s just not in the cards. See you on the next adventure. Love Niko,” the actress posted.

A comedy based on the best-selling books by Ann M. Martin, “The Baby-Sitters Club” focused on a group of young girls who start a babysitting business. Described by Entertainment Weekly as “a heartwarming reboot” and by Vanity Fair as “near-perfect,” the show got a 100% score on Rotten Tomatoes and even took the No. 9 spot on the Netflix Top 10 for one week, according to Collider.com. When it came to viewership numbers, however, quality didn’t lead to quantity. Netflix decided to end the teen series after two seasons, to the dismay of fans and critics alike.

Netflix’s April decision to cancel children’s superhero series “Raising Dion” after two seasons elicited a lot of broken-heart emojis on social media. Based on a comic book by Dennis Liu and produced by Michael B. Jordan of “Creed” and “Black Panther,” the series told the tale of a recently widowed single mom (Alisha Wainwright) whose parenting struggles reach new heights after discovering that her 8-year-old son (Ja’Siah Young) possesses superpowers as a result of his deceased dad’s science experiments.

The Netflix sitcom was about a young Harvard-educated woman (Emily Osment of “Hannah Montana”) who moves in with her bubbly West Coast sister (Olivia Macklin) after being dumped by her boyfriend. Comedy ensues, but just for one season. Netflix cancelled the show, which received tepid reviews, last week.

After initial fanfare about its development, “Pearl” — the working title of a family-focused animated series created by Meghan Markle centered on the adventures of a 12-year-old girl inspired by women in history — is the latest program scrapped by Netflix. The Duke and Duchess of Sussex’s Archewell Productions announced the deal in July 2021. The Associated Press reported that Markle was to serve as an executive producer on the show along with filmmaker (and husband of Sir Elton John) David Furnish, who worked as a producer on “Rocketman” and “Sherlock Gnomes.”

“I’m thrilled that Archewell Productions, partnered with the powerhouse platform of Netflix, and these incredible producers, will together bring you this new animated series, which celebrates extraordinary women throughout history,” Markle said in a statement at the time.

The couple signed a multiyear deal to produce nature series, documentaries and children’s programming for the streaming platform in 2020.

December 2, 2022
What are the best business bank accounts in the UK?