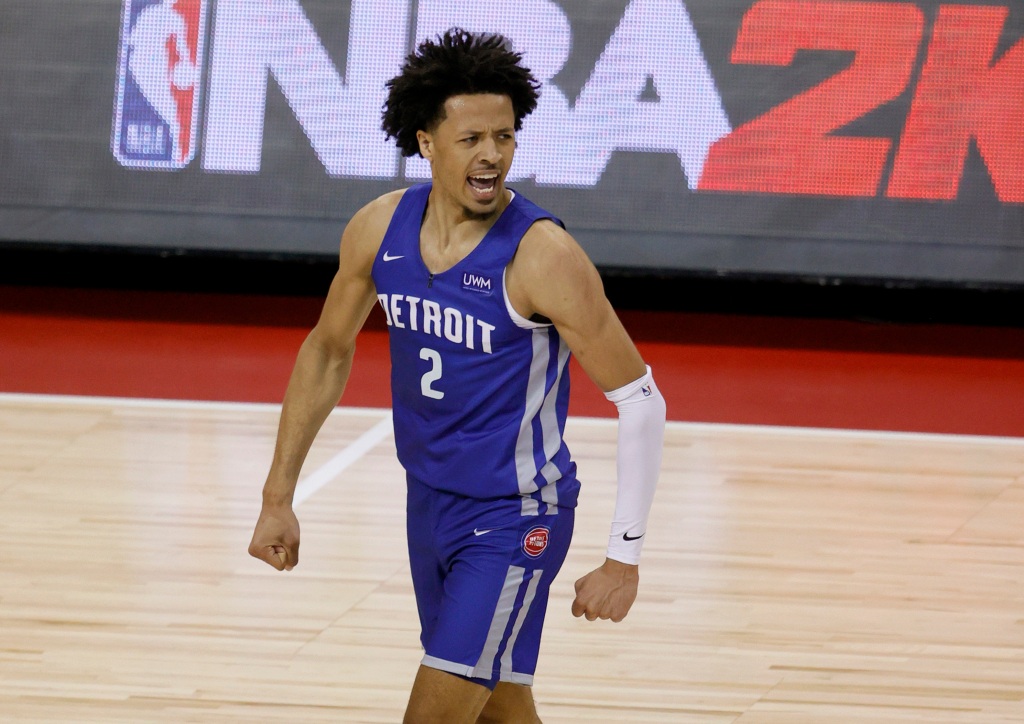 To commemorate the on of the most played video game franchises ever, 2K held an event called the House of Greatness at The Delano in Las Vegas during NBA 2K23 Summer League on Thursday (July 7). Yes, we are bringing back this experience for those that may be considering Xmas gifts like this one.

VIBE Magazine was on the scene to absorb as much of the game as possible. In addition, the VIBE team participated in a few Play Now matches on NBA 2K23 for the PlayStation 5 to dive deeper into an early build of the new basketball game.

NBA 2K23 offered four teams as your guide through the new and improved experience. Players could select between the Chicago Bulls, Boston Celtics, Golden State Warriors, and the Phoenix Suns as their team of choice. Upon selection, the player was plunged into an authentic NBA game — kitted with roaring crowds, bright lights, and tightly crafted camera angles. Furthermore, 2K23 boasted a graphical fidelity that has grown increasingly advanced over the years, bringing players closer to graphics that mirror real life.

For their first bout with the game, VIBE chose the Suns and decided to face the Golden State Warriors, naturally. During the exhibition, players instantly noticed how smooth the camera transitions flowed, from the teams hitting the court to tip-off to scoring their first bucket. With the ball now in VIBE’s hand, they began fiddling with the mechanics to see what changed offensively and defensively.

The controls were less robotic than previous installments in the NBA 2K franchise, with the shot meter smoothed out, making it easier to hit “excellent” three and two-pointers; layups were refined, and alley-oops were some of the most exciting moves to pull off during play. Defensively, the game felt slightly clunky, specifically when attempting to block your opponent’s shot or swat the ball from their hands. However, Ronnie “2K” Singh, Digital Marketing Director at 2K, and Alfie Brody, 2K Games VP, Head of Global Marketing, reassured players the game was an early build and would iron these few issues out as they strive to make the best NBA 2K yet — using past iterations of the game as competition.

“Games will have issues here and there, but our team is one of the best so we’ll get that fixed and primed for release,” said Ronnie during our conversation. “I really am excited about our gameplay; the game feels different, [and] it feels great. It’s the whole system we created. It’s a smoother experience.”

“And then the other thing I’d say is we really want to compete with ourselves,” expressed Brody, following Singh’s statement. “That’s our big thing. We want to put out the best product we can. Now we can’t do everything every year, but I can comfortably say that we move the needle with every release, always making improvements upon our previous game.”

VIBE Magazine noticed that most of the game’s improvements were direct responses to complaints or requests made by NBA 2K‘s community over the past three iterations. Some of the most significant changes made to the game from 2K20 to 2K23 were camera modifications, enhanced dribbling, and a more responsive offensive AI that gives the player a challenge on the court.

“It’s our third year on next-gen, so we’ve done a lot of what our consumers want and have asked for in past years. We’re trying to make the jump and evolve towards the best game that we can put out there on the market,” said Singh. “And that ultimately begins with answering our fanbases concerns, wants, and needs. Doing what’s best for their experience and doing what’s best for the game.”

And it wasn’t only VIBE magazine that noticed these changes, either. NBA stars in attendance, such as Detroit Pistons’ Cade Cunningham and Miami Heat’s Tyler Herro, at the House of Greatness, also had much to say about 2K23’s new feel.

“I think one of the biggest improvements I felt from the game was the way they cleaned up the animations,” Cunningham told VIBE Magazine. “[2K Games] improved their dribbling animations and celebrations. Even the shooting and the player interactions on the court feel more dynamic. Graphics were great too; every player looked like themselves more than other joints.”

“I didn’t like the shot meter,” Herro articulated, followed by a sly chuckle. “The shot meter was never my favorite thing; I didn’t like it. But I did enjoy playing [NBA 2K23]; the game was cool. 2K continues to evolve, and I can’t wait to play more of it.”

In the days leading up to the event, 2K announced Michael Jordan was selected as one of their coveted cover athletes gracing the Championship  and  Michael Jordan Edition  of  NBA 2K23. In addition, Diana Taurasi and Sue Bird will grace the cover of the WNBA Edition, and rising star Devin Booker will be the Standard Edition cover athlete.

Celebrating 2023 with their focus on “the year of greatness,” 2K Games decided that these four athletes fit 2K23’s mission statement the most. An idea that Singh, Brody, and the 2K Games team were conscious of when deciding on this year’s cover stars, and they hope the community is ready for what comes with these explosive players on the covers.

“There’s different criteria for a cover athlete. One certainly is an affinity for the game. Obviously, if you work with somebody, you want them to like the game. It doesn’t matter how long they played or anything like that,” Brody passionately disclosed to VIBE Magazine about the cover athlete selection process. “But they just got to like being a part of it. And then we focus on authenticity, so somebody who can play [NBA 2K]. You guys know our community. They’re very vocal. They’re very passionate.”

“It’s NBA 2K23, and we knew what we needed to do. We wanted this game to say something. So if you put Jordan on the cover, you’re making a statement,” Ronnie 2K expressed. “2K23 is the year of greatness; we’re expecting very big things. This year is gonna be fun for all fans of 2K.”

Fans of NBA 2K23 can now get the game at Gamestop, the PlayStation/Microsoft store, or the official 2K Games website.