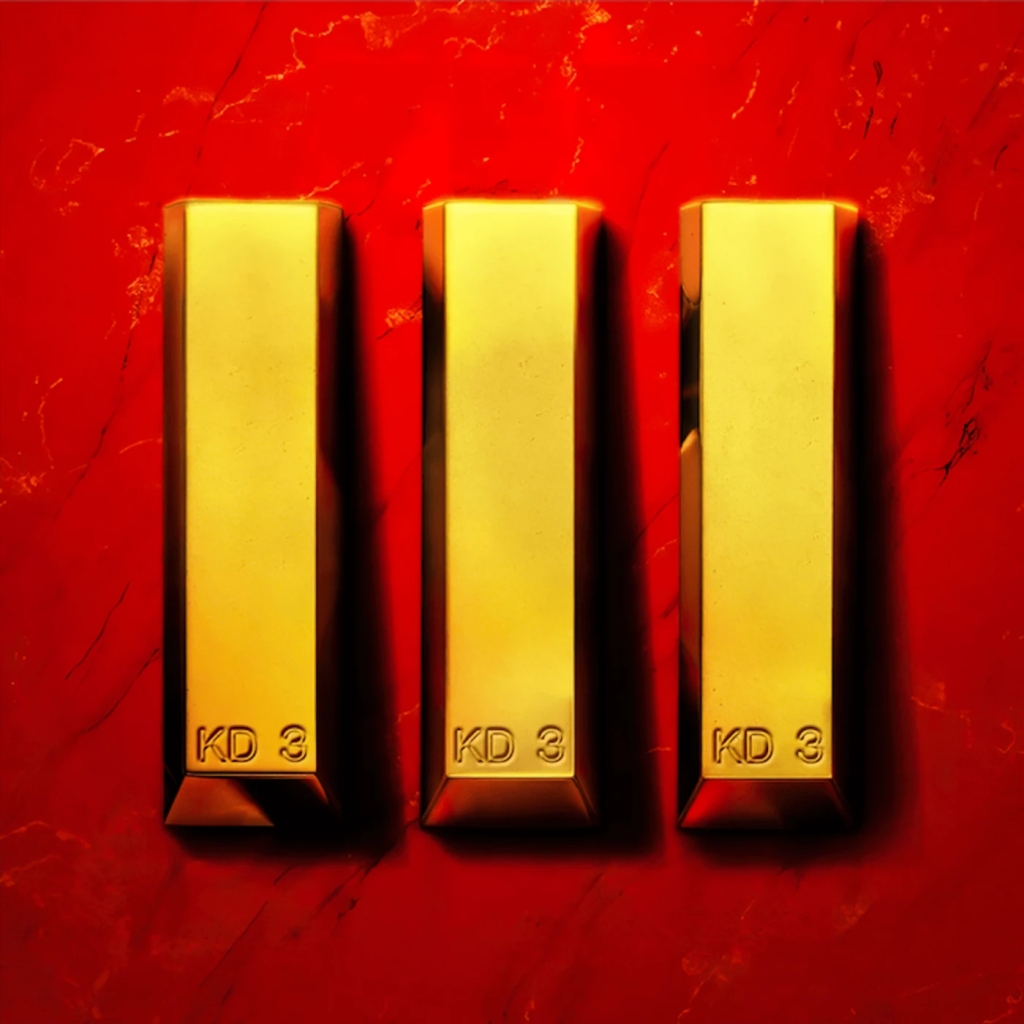 Today is Friday, which means there are a ton of new releases to look forward to from some of your favorite Hip-Hop artists. To help you unwind and enjoy the weekend, check out VIBE’s picks of songs and albums you should hear and add to your soundtrack of weekend festivities.

In today’s musical landscape, there’s a big difference between releasing new material and creating a moment based solely on the merit of one’s art. Nas falls in the latter category, as the prodigious kid with the chipped tooth turned venture capital tycoon has successfully managed to balance an increased output with a premium on quality.

The Queensbridge griot’s latest offering, King’s Disease III, arrives as its author continues to flood the market, turning in his third album release in the span of 16 months. “Ni**as know I don’t drop this often, so cherish it,” he acknowledges on “Ghetto Reporter,” an opening salvo powered by persistent piano keys courtesy of producer Hit-Boy, who continues he and Esco’s collaborative chemistry with his backing score.

The 49-year-old’s maturation has been a key talking point in pundits’ observations of his musings dating as far back as his 2012 effort Life Is Good, which manifests itself in his affinity for nostalgic recollections of yesteryear. This is demonstrated on standouts like the anthemic “Thun,” which could easily double as a war cry for Nas’s hometown borough, and the terse “Michael & Quincy,” which includes nods to iconic entertainers of his youth. Decades removed from his epic showdown with Jay-Z, the Illmatic creator can now admit to being a fan of his rival-turned-comrade’s scathing 2001 diss “Takeover,” jokingly warning that he may have to even the score once and for all.

Add in additional highlights like “Hood2Hood,” “Reminisce,” “I’m On Fire” and “Get Light” and King’s Disease III is an effort that raises the bar yet again and has questioning how someone can be this brilliant for so long. – Preezy Brown

“I showed ni**as what to do with a Drake feature,” Yung Bleu says on “Soul Child” featuring Lil Wayne. While this album is classified as R&B/Soul on certain DSPs, and leans more toward that denomination than 2021’s Moon Boy, it’s the moments where the Mobile, Alabama artist reminds us he can rap well that stand out.

The 28-year-old’s 17-track effort is a modern type on the hood love and gangster heartbreak songs that are crucial to Hip-Hop’s DNA; Bleu just isn’t afraid to fully commit to melodic side and dig into the crates as “Soul Child” samples Musiq Soulchild’s “Love” and “What Type Of Games” flips DMX’s “How’s It Goin’ Down.” Bleu trades emotive verses with Kelly Rowland and ZAYN, but the true gems on Tantra are the solo records like “Hard To Find” and “F**k Her Face.” This is a strong step up from Moon Boy, and the hybrid artist is fully aware of his trajectory. – Armon Sadler

GloRilla’s two biggest songs so far, “F.N.F” and “Tomorrow 2” have to do with being free of toxic men and not giving energy to her haters. Thus, her new EP being titled Anyways, Life’s Great makes perfect sense. The Memphis artist locks into her tunnel vision over the nine-track effort. Her hard delivery matched with comical punchlines make “Nut Quick” as especially noteworthy outing. “I could’ve been the President the way I lead these ni**as on / Say I might be racist by the way I do these ni**gas wrong.” The project closer “Out Loud Thinking” is a refreshing depature for her usual high-energy bars, showing a more vulnerable side to the 23-year-old. Gloria Hallelujah is here to stay. – AS

Brooklyn’s own viral star links with Jamaican producer Rvssian for this quick-strike release, on which Fivio gives the play-by-play of a physical altercation with an unlucky foe. “I caught a new kill with two homies/I got a few drills I did doley,” the 32-year-old barks atop the horn-driven backdrop, later lamenting the accumulation of lawyer fees equivalent to the price of a luxury watch. The rapper’s first single release since dropping off his acclaimed debut B.I.B.L.E. in April, “1 On 3” finds Fivio getting back into the swing of things while looking to bookend his year on a strong note. – PB

Toosii has a powerful message in Boys Don’t Cry: Men Do. The 22-year-old has never shied away from his feelings, and promotes how strong it makes a man to embrace them. The 11-track effort has no features, and is anchored by records such as “Date Night” and “How Does It Feel.” The Syracuse, NY artist has an innate ability to capture his personal experiences in a way that makes them sound like specific situations everyone has endured. – AS

Drumma Boy unleashes the fourth volume in his Welcome to My City compilation series, with the Memphis producer rounding up a mix of rising stars and legendary acts from his hometown. Led by the singles “Our Day” featuring Qumontae, and the reflective solo cut “Made Me,” the project includes lyrical contributions from the platinum-selling hitmaker throughout its 20-tracks, providing evidence that his skill as a double-threat is still intact. Boasting appearances from Young Dolph, Project Pat, Jucee Froot, Gangsta Boo, La Chat, Crunchy Black, Moochie Grape, Fastcash Fizzle and more, WTMC puts one of Hip-Hop’s hottest locales front-and-center, with Drumma pulling the strings behind the boards and inside the booth. – PB

Sofaygo slows things down on Pink Heartz, pouring his emotions out over distorted vocals and rock-inspired production. “Stay Awake” with Lil Uzi Vert is the standout, showing both tommy gun rappers’ abilities to riff on matters of the heart. Gunna also turns in a memorable performance; not necessary something that isn’t in his repertoire, but especially animated on “Took Off” with DJ Khaled. Cactus Jack is made up of several eccentric talents, and the 21-year-old shows on this project that he is right at home in an ever-evolving structure. – AS

“The Ending” is another Kevin Abstract solo effort, as the rapper reflects on Brockhampton’s origins and inevitable split up. The soulful vocal sample repeats “Let me be the one” as the 26-year-old raps about not having a credit card and dreaming of being a superstar. Despite all they accomplished, these is a sober tone to this record. One can only imagine what the other group members may have to say on their experiences when the full album releases. – AS

Two years after dropping the previous LP Translation, the B.E.P. serve up their latest album, which finds the genre-bending trio infusing Hip-Hop with Latin vibes alongside a star-studded mix of collaborators. While the group shines on their own accord with the highlights “Dance 4 U” and “Firestarter,” guests like Anuel AA (“Muevelo”), Daddy Yankee “(Balair Contigo”), and Shakira and David Guetta (“Don’t You Worry”) keep things interesting, resulting in a hodgepodge of sound that is primed to keep speakers thumping and bodies moving. – PB