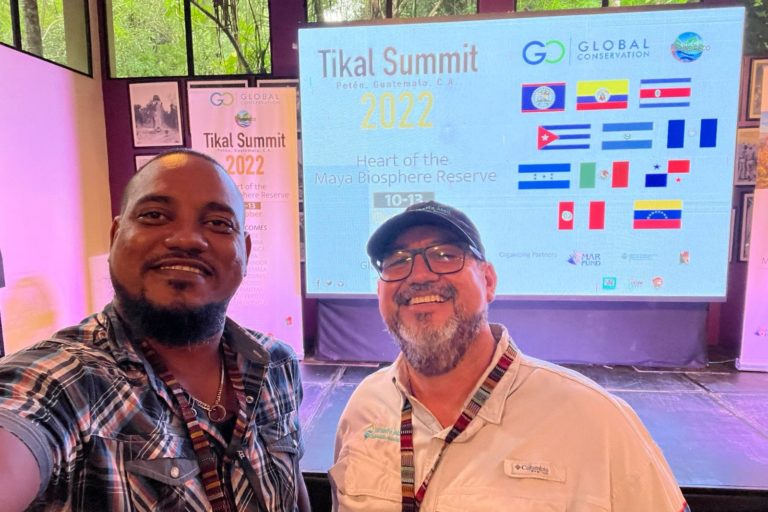 The conservation community is mourning after an environmentalist in Belize was killed in his home while celebrating New Year’s Eve.

Jon Ramnarace, who worked on protected area patrol and marine conservation technology, was shot and killed alongside his brother David in Belize City on December 31. Their spouses were also shot but remain in critical condition, according to local reports. Jon Ramnarace was 29.

“Jon was very personable and had immediately become an asset to our team,” the Turneffe Atoll Sustainability Association (TASA), where he worked, said in a statement. “He was funny, witty and solutions-oriented … His impact on the organization and the TASA team was significant. It is surely hard to process the untimely death of such a vibrant and dedicated conservation warrior.”

The main suspect, police corporal Elmer Nah, 39, was taken into custody the first week of January and charged with two counts of murder and attempted murder, deadly means of harm and dangerous harm.

Nah was previously under internal investigation by the police for his alleged involvement in an illegal drug plane that was captured by authorities in November 2021. Although Nah has been out of service since that case, his ultimate acquittal led to public outcry about investigations into law enforcement, one reason why officials are reportedly considering using a special prosecutor for the upcoming murder trial.

A date for the trial is pending. The motive for the killing has not yet been made public.

Ramnarace worked as the Director of Surveillance and Protection for Turneffe Atoll Sustainability Association (TASA), an organization helping to manage Belize’s largest marine protected area, home to coral reefs, backreef flats, mangroves and many other types of marine and land ecosystems.

He started with TASA in October 2022 to help implement technology that would better monitor the area, such as Global Park Defense, GPS boat tracking and SMART Patrols, among other things.

“He is an outstanding model for other upcoming leaders in marine protection against illegal and unsustainable fishing,” said Jeff Morgan, founder of Global Conservation, a TASA partner. “Unfortunately, greed and criminals took his life right when he was taking a leading role at TASA. We are all saddened by his sudden loss, and for all Belize.”

Before working for TASA, Ramnarace spent six year at WCS Belize helping roll out a national training program for protected area managers and rangers interested in using patrol software and aerial and underwater drones for surveillance. He also helped develop the Fish Right Eat Right and OurFish mobile applications that encourage best practices in buying and selling fish commercially, according to WCS.

He helped develop similar technologies for conservation projects in Honduras, the Bahamas and Jamaica.

“The WCS family in Belize and beyond will not forget Jon’s dedication to protecting nature through innovation, his warm personality and his love for his family,” said WCS Belize Country Director, Nicole Auil Gomez in a statement. “As with many others, we are better for having known him.”

FEEDBACK: Use this form to send a message to the author of this post. If you want to post a public comment, you can do that at the bottom of the page.

February 1, 2023
These jobs are most likely to be replaced by chatbots like ChatGPT