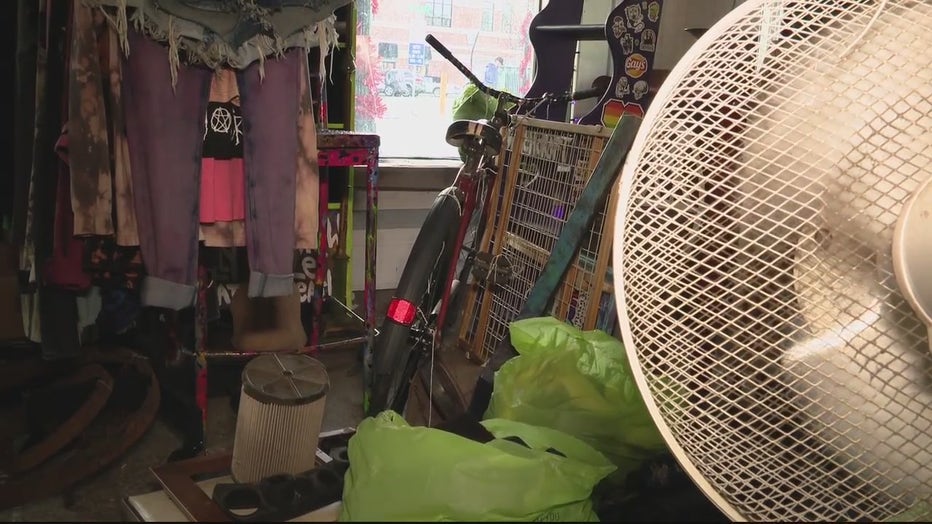 A broken pipe led to flooding that destroyed mostly all of the merchandise at Alleycat Metaphysical Supplies in Mt. Clemens. The repairs are expected to be extensive and will include taking down the entire ceiling and redoing woodwork.

MT. CLEMENS, Mich. (FOX 2) – When a Mt. Clemens store owner went to his shop to feed his cat, he discovered a mess that destroyed his merchandise and the building.

“We got here around noon on Christmas Day to feed our cat Luci and gone, like the whole place was raining water down in here,” Lyle Kramp said.

“We had ice on the door knob. That main door, it was frozen the whole day that we were here, I think it was Friday or Saturday. Even with the heat on in here and the windows were frozen over,” Kramp said.

There is little to nothing that he will be able to salvage.

“The clothing that my wife makes; we had a ton of books in here, old first edition prints. We don’t know what’s going to happen,” Kramp said. “This was our main source of income, and it’s now gone.”

Kramp’s landlord, Bon Labadie, owns a store next to the business – Heads Up Pipe and Novelty Shop. His shop was damaged, but not as badly as Alleycat, something he credits to cases protecting products.

“All the doors were frozen shut. The water was pouring out from here and going directly out into the street,” Labadie said. “I made phone calls, got people over here as quickly as possible, and what we started to do was a basic clean up with shop vacs at least to get the standing water out, shutting the water off, and so forth.”

Labadie said it won’t be an easy fix.

“What we need to do there is the entire ceiling has to come down, all the woodwork in there has to be redone, and so that’s going to take time,” he said.

Nearby business owners and the community have been helping. If you want to help, you can donate via Google Play or Paypal by using the email octopusmassacre@gmail.com or via Cashapp – $satanichippie13.