Thousands of businesses who were promised business rates relief through the £1.5bn Covid Additional Relief Fund (CARF) are still waiting for the support.

The fund “continues to descend into a post code lottery”, according to Colliers.

Government figures released at the end of June 2022 show that only £419.3m (28 per cent) of the fund, which was announced in March 2021, has actually been allocated to business – only 82,573 properties in England have been awarded the relief.

The CARF scheme announced in March 2021 followed the government’s announcement that businesses would not be able to appeal their business rates on the grounds of Material Change of Circumstance (MCC), calling a halt to hundreds of thousands of businesses who had already started the appeals process against the rates bill due to Covid-19.

It was replaced with the £1.5bn relief fund which was for businesses affected by Covid-19 outside the retail, leisure and hospitality sectors (who got separate support) and was to be distributed by local authorities to “get cash to affected businesses in the most proportionate and equitable way.”

Colliers and others said that the new fund vastly underestimated both the size of the problem and for authorities to pay it out in an efficient and consistent way. Colliers’ head of rating, John Webber, pointed out it caused extra difficulties for businesses with multiple sites as they’ve dealt with multiple schemes which have different criteria, exclusions, information requests and deadlines.

The latest figures show that while 258 schemes have been approved, only 167 of those local authorities had made any awards at all by the end of June 2022. That makes up just 54 per cent of the 309 billing authorities in England. As for individual local authorities, the biggest distributor by far as of end June 2022 was Westminster Council, paying out £77.5m to local businesses, followed by Manchester at £10.36m, Bradford at £9.9m and Ealing £9.45m.

However, a lot of local authorities have still not released their schemes or are in the middle of complex and lengthy application processes. Local authorities across England, including Barrow in Furness, Dudley, Kensington & Chelsea, Mansfield, Cornwall, Nottingham and Reading – among others – still do not have their schemes approved or launched on their website.

John Webber said: “Of those 169 local authorities who do have an application process, a good number have not spent their allocation, since their application processes were either too complicated, restrictive or not well publicised enough and they are now either looking to re-launch their schemes, introduce additional application rounds or to identify and award relief to recipients based on the business rates data they hold.”

He concludes, “The picture is a disgrace. Because this relief is classed as discretionary relief, the deadline for awarding it is September 30, 2022. So, there is still an awful lot of work for many local authorities to do if businesses are not to miss out. It is a nightmare for all concerned – from local authorities to ratepayers and those who manage on their behalf.” 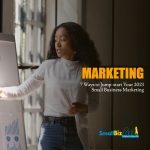 Kelly Ripa on new book about marriage, motherhood and relationship with Regis Philbin