Kathy Boudin, who as a member of the radical Weather Underground of the 1960s and ’70s took part in the murderous 1981 holdup of a Brink’s armored truck and then, in prison and after being freed two decades later, helped inmates struggling to get their lives on track, died on Sunday in New York. She was 78.

On a March day in 1970, Ms. Boudin was showering at a townhouse on West 11th Street in Greenwich Village when an explosion collapsed the walls around her. She and fellow extremists had been making bombs there, the intended target believed to have been the Fort Dix Army base in New Jersey. Three of them were killed on the spot. A naked Ms. Boudin managed to scramble away with a colleague and found clothes and brief refuge at the home of a woman living down the block.

Within a few years, so did the Weather Underground. A breakaway faction of the leftist Students for a Democratic Society, it called itself Weatherman, borrowing from “Subterranean Homesick Blues,” a 1965 Bob Dylan song with the lyric “You don’t need a weatherman to know which way the wind blows.” The name evolved into Weather Underground.

In that era of turbulence over civil rights and the increasingly unpopular Vietnam War, the group set off bombs at the United States Capitol, New York City Police Headquarters and other buildings. If anything, it was more adept at issuing long manifestoes, laden and leaden with references to Karl Marx, Che Guevara and Ho Chi Minh, and asserting the world’s “main struggle” as being that “between U.S. imperialism and the national liberation struggles against it.”

With the Weather Underground fading by the mid-1970s as the war ended, its leaders, one by one, emerged from hiding to face the legal consequences of having been on the F.B.I.’s most-wanted list.

Not Ms. Boudin (pronounced boo-DEEN). “The very status of being underground was an identity for me,” she recalled years later in interviews with The New Yorker at the Bedford Hills Correctional Facility in Westchester County, N.Y., where she came to be imprisoned. She continued: “I was making a difference in no way, so then I elevated to great importance the fact that I was underground.”

That ended in October 1981, when she teamed up with armed men from another radical group, the Black Liberation Army, to hold up a Brink’s truck in Rockland County, N.Y., making off with $1.6 million. During the stickup, the gunmen killed a security guard, Peter Paige. They transferred the cash to a U-Haul truck that was waiting roughly a mile away. Ms. Boudin was in the cab of the truck, a 38-year-old white woman serving as a decoy to confound police officers searching for Black men.

The U-Haul was stopped by the police at a roadblock. Ms. Boudin, who carried no weapon, immediately surrendered, hands in the air. But gunmen jumped from the back of the truck and opened fire, killing Sgt. Edward J. O’Grady and Officer Waverly L. Brown. Though some accused her of surrendering as a tactic to get the police to lower their weapons before being attacked, Ms. Boudin insisted that that was not the case.

More than a half-dozen suspects were captured, and most were given prison terms long enough to amount to life sentences. Among them was David Gilbert, whom Ms. Boudin married after their arrests and with whom she had a son, Chesa, who was 14 months old at the time of the Brink’s job. Divorced while in prison, they reunited in 2021 after Mr. Gilbert’s 75-year sentence was commuted and he was freed. Chesa Boudin, reared by a Weather Underground couple, Bernardine Dohrn and Bill Ayers, was elected San Francisco’s district attorney in 2019. Both her husband and son survive her.

After rounds of legal wrangling, Ms. Boudin pleaded guilty in April 1984 to first-degree robbery and second-degree murder in the death of Mr. Paige. Though unarmed and not even at the scene where the guard was killed, the judge agreed with prosecutors that she bore responsibility, and sentenced her to a prison term of 20 years to life.

At her sentencing, she turned to the victims’ relatives. “I know that anything I say now will sound hollow, but I extend to you my deepest sympathy,” she said. “I feel real pain.” As for her motives, “I was there out of my commitment to the Black liberation struggle and its underground movement. I am a white person who does not want the crimes committed against Black people to be carried in my name.”

She proved to be a model prisoner at Bedford Hills, mentoring other inmates, attending to those with AIDS, writing poetry and expressing remorse for her role in the Brink’s robbery deaths. In September 2003, after 22 years behind bars, she was freed on parole.

Not everyone was pleased. Diane O’Grady, Sergeant O’Grady’s widow, wrote in The New York Post that she did not “believe there is a shred of guilt, shame or remorse felt by inmate Boudin.” But Ms. Boudin had ample support, including from a few Bedford Hills employees. Even the arch-conservative William F. Buckley Jr. signed a letter to the parole board asserting a belief in “the possibilities of human rehabilitation and transformation.”

In a 2004 article for a magazine called Fellowship, written before leaving prison, Ms. Boudin said she had come to “fully embrace the enormity of my human responsibility: I supported and was part of a robbery that risked and then destroyed human life.”

A 1965 graduate of Bryn Mawr, she got a master’s degree in adult education and literacy from Norwich College while in prison and then, five years after her release, a doctorate from Teachers College at Columbia University. Post-prison, her work focused on present and former inmates, especially women, helping them get parole and preparing them for life on the outside, down to fundamentals like how to comport oneself in job interviews.

She was also a founder of the Center for Justice at Columbia, exploring the social consequences of mass incarceration. What many people fail to appreciate, she said in a 2021 interview for this obituary, is that “there are tremendous resources waiting to be realized in those who are too often defined as throwaway people.”

In a statement from Columbia University on Sunday, Mr. Boudin said that his mother liked to give back to others.

“She always ended phone calls with a laugh, a habit acquired during the 22 years of her incarceration,” he wrote, “when she wanted to leave every person she spoke with, especially me, with joy and hope. She lived redemption, constantly finding ways to give back to those around her.”

Kathy Boudin was familiar with radical politics almost from her birth in Manhattan on May 19, 1943. Her father, Leonard B. Boudin, was a civil rights lawyer with a list of clients that amounted to a left-wing Who’s Who, including Paul Robeson, Daniel Ellsberg and the antiwar doctor Benjamin Spock. Her mother, Jean (Roisman) Boudin, was a poet. Her great-uncle was Louis Boudin, a prominent civil rights lawyer, and an uncle was the liberal muckraking journalist I.F. Stone.

Besides Mr. Gilbert and her son, she is survived by her son’s two adoptive brothers, six grandchildren and an older brother, Michael, a retired federal appeals court judge and a political conservative, Mr. Dohrn, one of the adoptive brothers, said on Sunday.

Ms. Boudin attended the Little Red Schoolhouse and Elisabeth Irwin High School in Greenwich Village, graduating in 1961. In her senior year, she visited Cuba, a country she traveled to again in 1969 with fellow radicals.

At Bryn Mawr she majored in Russian studies, receiving her bachelor’s degree in absentia because she was studying in Moscow. In summers she worked in a hospital, at a camp for handicapped children and at a blood bank. Later, she became a community organizer in Cleveland.

Her militancy steadily grew. She joined the “Days of Rage” in October 1969, a window-smashing rampage through Chicago’s Gold Coast district by antiwar militants. She and others were charged with conspiracy and violation of anti-riot laws, cases ultimately dismissed on grounds that the government had obtained evidence unlawfully. Around that time, she co-wrote “The Bust Book,” which offered advice on what to wear to a demonstration and what to do if arrested.

In hiding after the townhouse explosion, Ms. Boudin assumed various aliases and took low-paying jobs in New York, including as a waitress and as a catering company employee at the United States Open tennis tournament in Queens. She was “very sociable,” a company official said.

Then came the Brink’s holdup. “Remorse will always guide me,” she wrote for Fellowship. “It is a very personal journey with stops along the way. It is a road with no end.” 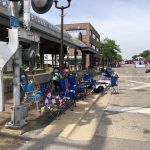 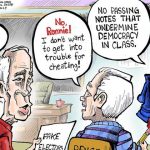 How to Start a Hot Dog Stand

July 5, 2022
An organ for every eligible transplant recipient may be within our grasp