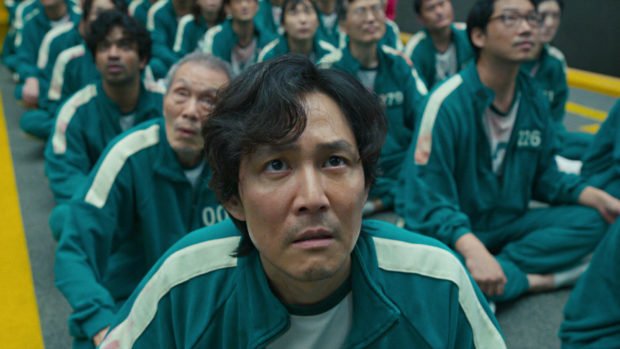 “Squid Game” was the second most watched streaming series in the US in 2021. Image: ETX Daily Up/Netflix

Last month, Netflix revealed the list of its most-streamed TV shows of all time.

“Squid Game,” which topped the list with 1.65 billion hours, also claimed the top spot in terms of the consecutive number of days it was ranked number one worldwide.

The global success of “Squid Game” is not only grounded in its quality and universal appeal, but also the existence of streaming platforms like Netflix that launched it and other local shows alike to an international audience.

With “Squid Game,” it seems Korean dramas as a whole have put their stamp on global screens. Now, one show after another has been landing high on the streaming charts, with the most recent case being “Extraordinary Attorney Woo,” which topped Netflix’s most recent global non-English TV rankings tallied from July 25-31.

A look at the history of K-dramas shows this wasn’t an overnight success.

Korean producers spent decades honing their craft and trying to win over global audiences, at the vanguard of what would later be known as the Korean Wave, or Hallyu.

The 1990s marked a time when countries in the Far East started active cultural exchanges. Korea, a little late to the trend, lifted a ban on Japanese pop culture in 1998.

This market opening, which at that time was met with worries that Japanese imports would stifle local content, planted the seed for the popularity of Korean drama and music that engulfed much of Asia in the following decade.

Choi Gwang-sik, professor of Korean history at Korea University, compares Hallyu to the cultural exchange that took place between the East and the West via the Silk Road thousands of years ago.

“There is an impression that Korean culture has been closed off (to the outside) but this is largely from the Joseon era that was based on an isolation policy. Korean culture has been in active contact with the outside world, and has evolved in a creative way,” he said during a recent lecture in Seoul. Through Hallyu, he said Korea went from a cultural importer to becoming an exporter, sharing with the world the country’s culture.

Any attempt to track down the origin of K-drama’s success will lead to a popular TV series called “What is Love” (1991). News articles at that time reported of empty streets when it aired. The MBC drama, featuring a household centered around an authoritarian patriarch, has the highest viewership rating of all time at an average of 59.6%. The show’s popularity catapulted its cast to stardom, and its star Lee Soon-jae was even elected to a seat in the National Assembly in 1992.

“What is Love” was the first Korean drama ever to be officially exported to China, being aired on China Central Television in 1997. Some say the show was the first case of Hallyu, years before the word was even coined.

At that time, only the most sensational of shows were able to reach overseas audiences via formal rights sales, although some did so without official deals, as a result of content piracy.

The first official use of the world Hallyu was recorded in 1999, when the government promoted the country’s most popular music on a CD with the title “Hallyu— Song from Korea.” For the next few years, Hallyu became the talk of the town in the country, with both pundits and the media expressing high hopes for Korean cultural content.

In the early part of the next decade, the 2000s, Hallyu really made landfall in Japan. Singer BoA was the first case of a Korean artist being subject to years-long training with the general Asian market as the target, releasing her debut album in multiple languages, all of which she is fluent in. This type of K-pop trainee system would later become the norm in K-pop.

But what propelled Hallyu to the next level was the massive hit of the 2002 KBS drama “Winter Sonata,” starring Bae Yong-jun and Choi Ji-woo. Bae, in particular, enjoyed enormous popularity among Japanese female viewers, earning the nickname “Yonsama.” Bae and Choi were such household names in Japan that characters based on them even appeared in the popular Japanese manga “Crayon Shin-Chan.”

Ironically, “Winter Sonata” was not the most popular drama in Korea at the time, or even of 2002. That title belonged to the SBS’ “Rustic Period” that aired in the second half of the year.

The SBS series, which depicted gangsters from during the 1910 to 1945 Japanese colonization through 1970s, was the only Korean drama to surpass a 50% viewership all year, peaking at 57.4%. It enjoyed unexpected popularity in Mongolia, where its ratings reached north of 80% at one point.

In 2009, local media reported that a Korean restaurant of the same name was set up in Mongolia, with the interior plastered with photos of the show’s star Ahn Jae-mo and episodes of “Rustic Period” being played 24/7.

Another drama that had international success was “Temptation of Wife” in 2008 starring Jang Seo-hee. It was very popular in China and Mongolia, in particular, and led to the actor starring in several Chinese dramas. The SBS drama was the poster child of a new fad called “makjang drama,” characterized by extreme plot twists and controversial and sensational subject matter like betrayal, murder and extramarital affairs, issues that Korean dramas had usually tiptoed around before then.

Until the late 2000s, surpassing the 50% viewership mark was an achievable feat, although still somewhat uncommon. In 2010, the final episode of the KBS “Bread, Love and Dreams” was rated at 50.8%.

This would be the last time viewership for any Korean drama passed the 50% mark, at least as of 2022.

Cable TV channels existed prior to the 2010s, but the disparity in scale ensured that big-budget dramas were monopolized by the three main TV broadcasters: SBS, MBC and KBS. Dramas cost billions of won to produce, and the fledgling cable broadcasters in the 2000s just did not have deep enough pockets.

But in 2009, a series of law revisions allowed large conglomerates or news companies to own shares of broadcasting companies, giving birth to four general programming channels and one news network in 2011. This expanded the field for Korean dramas, and the number of channels that could spend big on dramas.

But it was an already-existing cable network, tvN, that became one of the biggest players in Korean drama, with a series of successes like its “Reply” series in years 2012 to 2015 and 2016’s “Guardian: Lonely and Great God.” More widely known as “Goblin,” the Korean translation of its name, it became the first cable TV program to exceed a 20% viewership share with an average rating of 20.5 and a peak rating of 22.1%.

The most popular drama of the year, “Descendants of the Sun,” was produced by KBS, but it clearly showed that dramas were no longer dominated solely by the big three.

Both “Goblin” and “Descendants” were exported to other parts of Asia, with “Goblin” being aired in over a dozen regions including Hong Kong, the Philippines, Taiwan, Japan, Vietnam, Cambodia and parts of Europe and the Americas. Its international success was without the market in China, which banned Korean content due to Sino-Korean tensions at the time.

“Descendants” was sold to China before the ban and was recorded to be the most popular Korean drama in the country at the time, and its remakes were aired in Taiwan and the Philippines.

This year’s success of “Extraordinary Attorney Woo” is further proof that even a relatively-obscure player in the K-drama industry is capable of pulling off a global hit. The series was made by cable channel ENA, whose previous ratings record was 1.13%. “Woo“ took the top spot in the Netflix’s most recent global non-English TV rankings tallied from July 25 to 31, continuing a run of success by Korean dramas on the platform.

Dafna Zur, an associate professor of East Asian Languages and Cultures at Stanford University, attributed the success of Korean dramas to their unique features that distinguish them from other countries.

“Korean dramas strike a balance of predictability and originality. Their story arcs are often predictable: rags to riches, rich boy meets poor girl, children defy their parents’ wishes and strike out on their own. But they have a Korean twist,” Zur was quoted as saying in an interview. “Korean dramas humanize even the most aloof billionaires and get audiences to care — and usually, all they ask of us is 16 hours of our time.”

The emergence of streaming platforms like Netflix has been the game changer for Korean dramas, in that it guarantees international exposure from the get-go, albeit just via certain membership-based platforms. This could mean Korean dramas could have a larger impact on the global stage.

But aside from global recognition, how much Korea is able to reap from the overseas success of its dramas has become a heated topic of debate.

“Squid Game,” despite its explosive popularity across the world, didn’t deliver a windfall for its Korean producers, cast members or others that were involved in its making, as the IP rights belong to Netflix.

As K-dramas extend its global reach, intellectual property rights emerged as an issue for its sustained success.

Last December, local production studios launched what they called a “Creator Alliance” and vowed to work for the protection of IP. Instead of producing dramas via outsourcing of existing channels, the studios said they plan to create a joint fund to address financing problems.

Korean dramas are conventionally funded by broadcasters and production is outsourced to local studios, as was the case with “Squid Game.” Since the IP rights of the series belong to the platform, it also receives most of any profit from the show, as was the case of other K-drama hits like “Hellbound” and “All of Us Are Dead.”

Last month, the Ministry of Culture, Sports and Tourism revealed a four-year plan to spend a total of ₩4.8 trillion ($3.66 billion) in financially supporting the production of streaming content.

“Most profits from ‘Squid Game’ have been collected by Netflix who has its IP rights. There must be a way to stop relinquishing IP of our (Korea’s) content to the overseas platforms,” said culture minister Park Bo-gyoon.

With Korean dramas enjoying their heyday, it remains to be seen whether or not the country will be able to fully cash in on their success. JB

The hottest entertainment news straight to your inbox

Don’t miss out on the latest news and information.