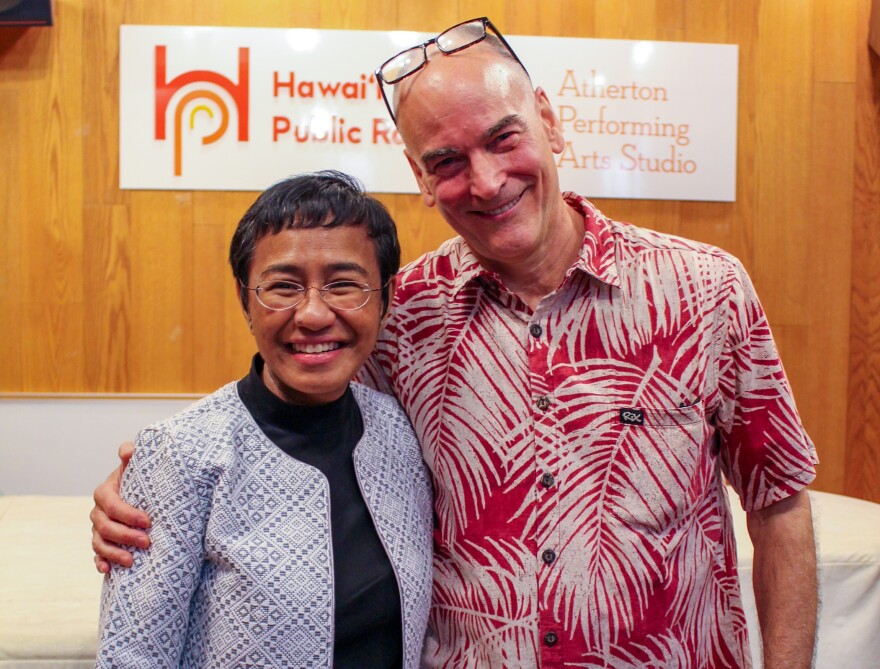 When Ferdinand Marcos Jr. takes the oath of office on Thursday as the next president of the Philippines, journalist Maria Ressa will be watching closely. She won the Nobel Peace Prize in 2021 for using “freedom of expression to expose abuse of power, use of violence and growing authoritarianism in her native country.”

Ressa is in Honolulu to give the keynote address Tuesday at the International Media Conference put on by the East-West Center. She sat down with Hawaiʻi Public Radio News Director Bill Dorman, also her former colleague at CNN.

In a wide-ranging interview, Ressa talked about her online news organization Rappler, covering politics in the Philippines, winning the Nobel Peace Prize and more.

September 26, 2022
Amazon to kick off holidays with Prime Day-like shopping event in October

Apple will manufacture iPhone 14 in India

September 26, 2022
A Guide to the 7 Propositions on California’s November Ballot

A Guide to the 7 Propositions on California’s November Ballot