Jeremy Hunt has been accused of ignoring serious NHS staff shortages for years and driving medics out of the profession while health secretary after he intervened this weekend to warn of a workforce crisis.

Promoting his new book, Zero: Eliminating Unnecessary Deaths in a Post-Pandemic NHS, Hunt said tackling the “chronic failure of workforce planning” was the most important task in relieving pressure on frontline services. Now the chair of the health and social care committee, he said the situation was “very, very serious”, with doctors and nurses “run ragged by the intensity of work”.

But his comments drew sharp criticism from healthcare staff, who said Hunt – the longest-serving health secretary in the 74-year history of the NHS – failed to take sufficient action to boost recruitment while in the top job between 2012 and 2018. Instead, critics said, his tenure saw health workers quit the NHS in droves for jobs abroad or new careers outside medicine. There are now 100,000 vacancies in the NHS, and the waiting list for treatment has soared to 6.4 million.

“There’s an avalanche of pressure bearing down on the NHS. But for years Jeremy Hunt and other ministers ignored the staffing crisis,” said Sara Gorton, the head of health at Unison, the UK’s largest health union. “The pandemic has amplified the consequences of that failure. Experienced employees are leaving at faster rates than new ones can be recruited.”

“Hunt has recently been an articulate analyst of current issues, particularly workforce shortages, but these haven’t come out of the blue,” said Dr Colin Hutchinson, the chair of Doctors for the NHS. “At the time he could have made the greatest impact, his response was muted. We have to ask: was the service people were receiving from the NHS better, or worse, at the end of his time in office? At the time when it most mattered, he was found wanting.”

In an excerpt from his book, published in the Sunday Times, Hunt described sitting at the top of a “rogue system” while health secretary, and criticised a “blame culture” in the NHS that made it “incredibly difficult for doctors, nurses and midwives to speak openly when things go wrong”.

Dr Jenny Vaughan, the chair of the Doctors’ Association UK, said Hunt was “correct” that the absence of “complete commitment” to transparency and honesty in healthcare “clearly provides the context for avoidable deaths and mistakes”. However, she raised questions over his failure to address staffing levels as health secretary and said she was “pleased” that he now accepted that “this should be an absolute priority”.

She said: “Hunt says that doctors and nurses are exhausted and that the institution is crying out for renewal. Could he not have tried harder to improve what he knew to be seriously low staffing levels when he was in charge and handled the strike of junior doctors in a more compassionate way? His tenure was marked by many of them becoming disillusioned with the health service and leaving for other countries or changing career.”

Speaking to the BBC on Sunday, Hunt called for every NHS patient to have access to their own named GP. Responding to his comments, Prof Martin Marshall, the chair of the Royal College of GPs (RCGP), said there were “many” advantages to continuity of care, but “intense workload and workforce pressures” made it “increasingly difficult to deliver, particularly when political focus consistently prioritises quick access”.

In 2015, Hunt pledged to hire 5,000 more GPs within five years – but the total went down instead of up. In their 2019 manifesto, the Conservatives promised to recruit 6,000 more GPs by 2024, but Sajid Javid admitted last November that they were unlikely to hit their target.

“Ultimately, the long-term solution that is really needed is an increased workforce with more GPs, more members of the practice team, and more time with our patients so that we can offer both good access and continuity of care for patients,” said Marshall. “The government have promised 6,000 more GPs and 26,000 more members of the practice team by 2024, and it’s imperative they pull out all the stops to deliver it.”

Speaking to the BBC on Sunday, Hunt refused to rule himself out of a future Tory leadership contest, but said now was not the right moment. When asked if Boris Johnson was the right person to lead the Conservative party into the next election, Jeremy Hunt said he “hoped” so. 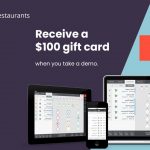 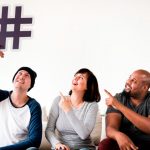