Micron Technology (MU 0.18%) posted a messy earnings report on Sept. 29. For the fourth quarter of fiscal 2022, which ended on Sept. 1, the memory chipmaker’s revenue fell 20% year-over-year to $6.64 billion, missing analysts’ estimates by $140 million and ending its nine-quarter streak of revenue growth. Its adjusted net income declined 42% to $1.62 billion, or $1.45 per share, but still cleared the consensus forecast by eight cents. 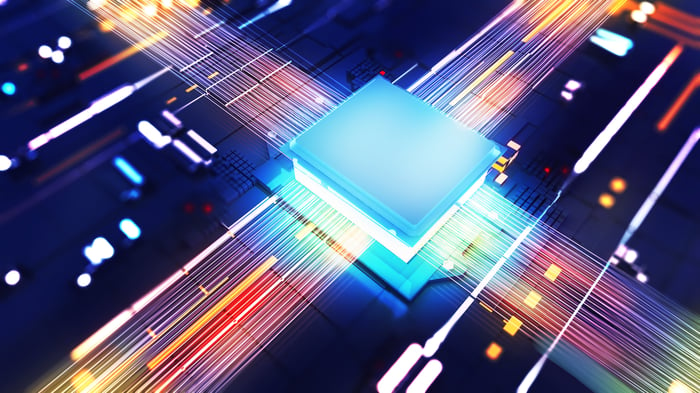 Those headline numbers were dismal, but Micron’s stock held fairly steady after the report. That’s likely because its shares have already declined nearly 50% this year as investors have braced for a cyclical decline in memory prices. So should investors finally buy some shares of Micron before the memory market recovers?

Why is Micron a cyclical stock?

In fiscal 2022, Micron generated 73% of its revenue from DRAM chips, 25% from NAND (flash) chips, and the rest from other types of memory. Micron isn’t the world’s largest producer of DRAM and NAND chips, but it manufactures denser (and thus more power-efficient) chips than its larger South Korean competitors Samsung and SK Hynix.

That technological superiority, along with the fact that it doesn’t dabble in non-memory markets like most of its competitors, makes Micron a “pure play” on the secular growth of the memory chip market. But that also means Micron is more directly exposed to cyclical memory prices than its industry peers.

Micron experienced its last cyclical decline from 2019 to 2020, when memory chipmakers produced too many chips for the slowing smartphone and PC markets. That supply glut caused memory prices to tumble, and many customers started stockpiling those cheap memory chips as the pandemic worsened — which caused the downturn to drag on even as Micron and other top chipmakers throttled their production of new chips.

But starting in the second half of 2020, memory prices bounced back as new 5G devices hit the market, PC sales accelerated as more people worked from home, and data centers upgraded their infrastructure to deal with the surging usage of cloud-based services. That two-year growth spurt boosted Micron’s revenue, but also set it up for tough year-over-year comparisons in a post-pandemic market. Macroeconomic headwinds have also exacerbated that cyclical slowdown.

How long will this cyclical downturn last?

Unfortunately, its gloomy forecast for the first quarter of 2023 indicates its cyclical slowdown has just begun. In its fourth-quarter presentation, it warned that an “unprecedented confluence of macro events and customer inventory adjustments are depressing demand for DRAM and NAND to well below end consumption” in an “extremely aggressive pricing environment.”

As a result, Micron expects the industry’s “supply growth to be significantly above the demand growth” throughout the rest of calendar 2022, which will likely result in “very high supplier inventories for both DRAM and NAND” chips. However, it expects that situation to improve in calendar 2023 as its demand growth starts outpacing its supply growth across both markets.

Once again, Micron and its industry peers are trying to reestablish that balance by throttling their production of new chips. As its revenue growth temporarily stalls out, Micron remains committed to returning 100% of its free cash flow (FCF) — which rose from $2.8 billion in fiscal 2021 to $3.2 billion in fiscal 2022 — to its investors through buybacks and dividends.

Is Micron an undervalued chip stock?

Micron’s investors should brace for at least a few more quarters of declining revenue and profits. For now, analysts expect its revenue and adjusted earnings to decline 23% and 64%, respectively, in fiscal 2023. Those estimates might need to be lowered even further after Micron’s first-quarter estimates broadly missed Wall Street’s expectations.

However, they also expect its revenue and adjusted EPS to start growing again in fiscal 2024 as that cyclical downturn finally ends. We should take those expectations with a grain of salt, but they suggest Micron’s stock is deeply undervalued at just six times forward earnings. Its forward dividend yield of 0.9% won’t attract any serious income investors, but it’s still a nice bonus for patient investors who are willing to weather the cyclical headwinds.

Micron’s stock will remain under a lot of pressure in this tough market, but its technological superiority, financial stability, and low valuations should limit its downside potential until the DRAM and NAND markets recover.