The federal government said it will penalize insurers that do not follow the law regarding distribution of birth control.

Guidance issued Thursday by the Health and Human Services, Labor and Treasury departments reinforced most private health plans are required under the Affordable Care Act to pay for birth control and family planning counseling at no cost to patients.

Agencies have received complaints from patients who are being denied access to contraceptive services or are being steered away form their doctor-recommended treatment.

The Supreme Court overturned Roe v. Wade last month, causing confusion over whether doctors could be criminally charged for providing the morning after pill in states that have banned abortion.

“Lawmakers across the country are creating dangerous situations for women and their providers,” an HHS official said on a Thursday afternoon press call. “And in some states, it appears that birth control will be targeted next.”

The Centers for Medicare and Medicaid Services will ask insurers that wrongfully deny coverage to revise their protocol, notify enrollees of the violation and rescind denied claims, the agency said. Insurers that do not comply will be fined, authorities said. They declined to say whether they started imposing penalties.

“We have heard troubling reports that plans and issuers are not following the law. We expect them to remove impermissible barriers and ensure individuals have access to the contraceptive coverage they need,” Labor Secretary Marty Walsh said in a news release. “If plans and issuers are not complying with the law, we will take enforcement action to ensure that participants receive this coverage.”

Insurers are required to pay for birth control pills, implanted devices, morning after pills, sterilization procedures, patient education and counseling, and any additional Food and Drug Administration-approved contraceptives, the agencies said in the guidance.

An Outline of Top Selling Things on Etsy 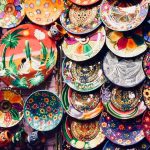 An Outline of Top Selling Things on Etsy

Putin grants citizenship to Edward Snowden, who disclosed US eavesdropping

September 27, 2022
Protesters call for a ban on facial recognition technology in Pittsburgh

Protesters call for a ban on facial recognition technology in Pittsburgh