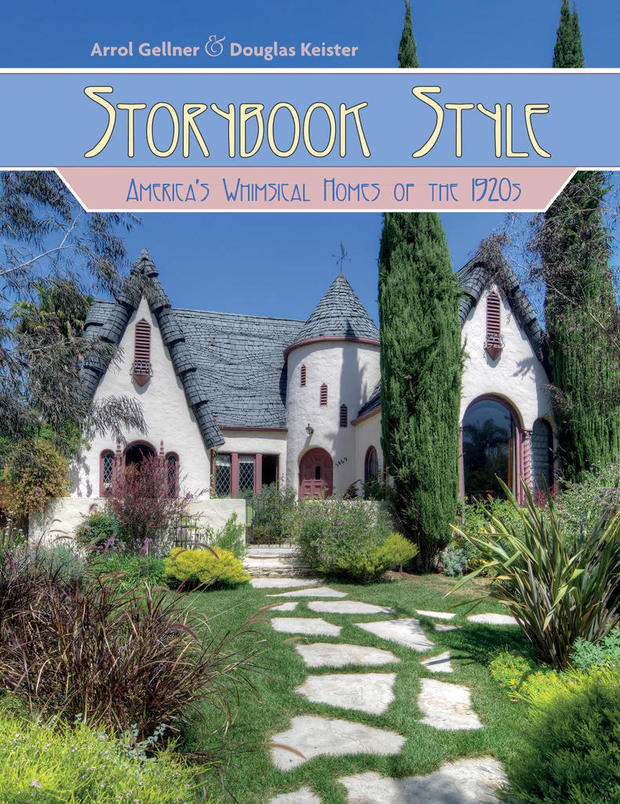 In a town famous for make-believe, a fairy tale has come to life. Welcome to the Witch’s House, a medieval detour among the mansions of Beverly Hills.

“It stands out like a sore thumb” – and happily so, says owner Michael J. Libow.

Correspondent Lilia Luciano asked, “What is it like to wake up in the middle of the night in this house?”

“I feel super comfortable here,” Libow replied. “It makes me smile. It makes other people smile. And that’s kinda what it’s always been.”

A Los Angeles real estate agent, Libow showed it to a client back in the 1990s who wanted to tear it down. But he bought it for himself, not to replace but to preserve.

“Everything had to be handcrafted,” he said, “from wood beams to hardware to flooring. It’s supposed to look organic and genuine to its period, which is maybe a farmhouse from 300 years ago.”

There are wobbly walls, a drooping roof, crooked hallways, and a fanciful fireplace.

“It’s not a house to walk in drunk,” laughed Luciano.

Also known as the Spadena House, it’s the epicenter of the storybook style or architecture that took shape in America in the 1920s and ’30s, as documented in architect Aarol Gellner’s book, “Storybook Style,” with photographs by Douglas Keister.

Gellner said, “It had to be exaggerated, almost a caricature of what European architecture looked like; it had to have artificial aging; and the last thing was, was it whimsical? Did it kind of make you smile or laugh when you looked at it? If a house passed all three of those tests, then it was a storybook house.”

The storybook design began with Harry Oliver, an art director for a film studio. He built the Witch’s House in 1921, partly inspired by the illustrations in old books and magazines, and by what moviegoers at the time were clamoring to see.

“There was a huge appetite among the public for films about faraway places – medieval times, exotic locations; people couldn’t get enough of that stuff,” said Gellner.

That storybook touch can be seen in classic Disney pictures, like “Snow White and the Seven Dwarfs.” But did one influence the other?

“The animators would have been very familiar with this type of architecture,” Gellner said. “But in terms of a three-dimensional constructed building, they would’ve seen these when they were going to work.”

Storybook homes can still be found, but the quirky fad eventually faded. Just not for Michael J. Libow.  “It just is a thing of beauty to people, in a quirky, wonky way,” he said.

The Witch’s House is one of the most popular attractions in Los Angeles, a must-see for tourists … and for trick-or-treaters, who line up by the thousands for Halloween.