WASHINGTON — The House on Thursday passed legislation to codify access to contraception nationwide, moving over almost unanimous Republican opposition to protect a right that is regarded as newly under threat after the Supreme Court’s overturning of Roe v. Wade.

The measure is almost certain to fail in the evenly divided Senate, where most Republicans are also likely to be opposed. The vote was the latest election-year move by Democrats to draw a sharp distinction with Republicans on a social issue that has broad support.

The measure passed 228 to 195, with eight Republicans joining Democrats in support. It would protect the right to purchase and use contraception without government restriction. The legislation drew only slightly more Republican support than two bills that the House passed last week, which aimed to ensure access to abortion in the post-Roe era; almost all Republicans were united in opposition.

It was a far different result than just days earlier, when Democrats forced a vote on legislation to enact federal protection for same-sex marriage rights and drew the support of 47 Republicans — far more than expected.

The flurry of legislative action is a direct response by the Democratic-led Congress to the Supreme Court’s ruling last month in Dobbs v. Jackson Women’s Health Organization, which overturned the nearly 50-year-old right to abortion. The decision raised alarm that other longstanding rights could be at risk at the hands of the conservative court.

In a concurring opinion, Justice Clarence Thomas explicitly said that other precedents, including those protecting same-sex marriage and the right to contraception, “should be reconsidered.”

The constitutional right to contraception has been protected for over five decades by the Supreme Court’s 1965 ruling in Griswold v. Connecticut.

Democrats on Thursday tried to paint Republicans as a party of extremists seeking to roll back firmly established rights and as out of step with the views of most voters.

“An extreme G.O.P., an extreme Supreme Court, they want to take away your freedom and your control over your own lives,” said Representative Angie Craig, Democrat of Minnesota. “We are in an absurd time.”

She said before the vote that “quite frankly, I’m appalled that we have to vote on this damn bill at all. This is not an extremist issue. This is an extremist G.O.P.”

Republicans, in turn, claimed that Democrats were intent on finding novel ways to increase access to abortion. Representative Cathy McMorris Rodgers, Republican of Washington, said she supported access to contraception but that she vehemently opposed the bill, which she described as a “Trojan Horse for more abortions.”

Ms. McMorris Rodgers said part of her concern was that the bill would send more taxpayer money to Planned Parenthood, which provides abortion services in addition to contraception.

“Rather than work with us, Democrats again are spreading fear and misinformation to score political points,” she said.

Democrats viewed the vote as a way to show voters that they were doing everything they could to safeguard rights that are broadly popular in the United States — and that Republicans were standing in the way. It came as progressives have harshly criticized Democrats after the demise of Roe for failing to do more to safeguard abortion rights and for being slow to respond when the Supreme Court struck them down in a widely expected ruling.

While the marriage equality bill garnered far more support among Republicans than anticipated, less than one quarter of G.O.P. representatives backed it. Still, the margin was enough to propel that measure from a messaging bill bound to die in the Senate to a legislative vehicle with a chance — albeit a slim one — of enactment.

Senator Chuck Schumer, Democrat of New York and the majority leader, said he was surprised by the amount of Republican support for that bill. He added that he would work to bring it to the floor and muster support from 10 Senate Republicans to ensure that it could move past a filibuster.

From 1999: Roger Welsch on a golf course in Nebraska’s Sandhills 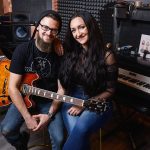 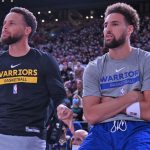