One of the two Republican senators who introduced legislation in February to strengthen abortion rights and codify Roe vs. Wade into law, says her legislation is needed more than ever.

Sen. Lisa Murkowski, Republican of Alaska, said the draft of a Supreme Court opinion that would overturn the landmark Roe v. Wade is “shocking” and “unprecedented.”

“Roe is still the law of the land.  We don’t know what direction this decision will take.  But if it goes in the direction this leaked copy (indicates), it rocks my confidence in the court right now,” Murkowski said.

The Alaska senator said the draft opinion creates a growing need for the Senate to pass the Women’s Health Protection Act, which Murkowski said supports a woman’s right to abortion access.

Murkowski’s co-sponsor, Maine Sen. Susan Collins, declined CBS News’ request for comment at the Capitol on Tuesday.  In a written statement, Sen Collins said: “If this leaked draft opinion is the final decision and this reporting is accurate, it would be completely inconsistent with what Justice Gorsuch and Justice Kavanaugh said in their hearings and in our meetings in my office. Obviously, we won’t know each Justice’s decision and reasoning until the Supreme Court officially announces its opinion in this case.”

In 2018, Collins stated that among the reasons she supported Kavanaugh’s nomination was that she believed he would uphold Roe v. Wade.

“I could not vote for a judge who had demonstrated hostility to Roe v. Wade because it would indicate a lack of respect for precedent,” she CBS News’ “60 Minutes” in 2018. She told him she had questioned Kavanaugh at length about the case and was satisfied with his response.

“What Judge Kavanaugh told me — and he’s the first Supreme Court nominee that I’ve interviewed, out of six, who has told me this — is that he views precedent not just as a legal doctrine, but as rooted in our Constitution,” Collins says. As he said during his confirmation hearing, Kavanaugh reiterated to Collins that Roe v. Wade, which was affirmed by the Supreme Court in a 1992 case, is “a precedent on a precedent.”

In 2017, Gorsuch, too, referred to Roe as precedent. “A good judge will consider it as precedent of the United States Supreme Court, worthy of treatment as precedent, like any other,” Gorsuch said at the time.

At a Tuesday press conference, Senate Democratic leaders said they would bring the legislation to the Senate floor for a vote in short order, but didn’t specify a precise time frame. To pass the legislation, supporters would need 60 votes to surmount a filibuster. Political analysts and senators are deeply skeptical the new revelations would yield the necessary “yes” votes.

The Battle Over Abortion

October 3, 2022
“They cheat like hell, these people”: Trump airs 2020 grievances in Michigan, weeks before midterm elections 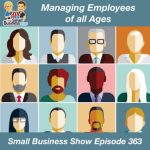 October 3, 2022
How to tell if mental health advice on Tiktok and Instagram is true