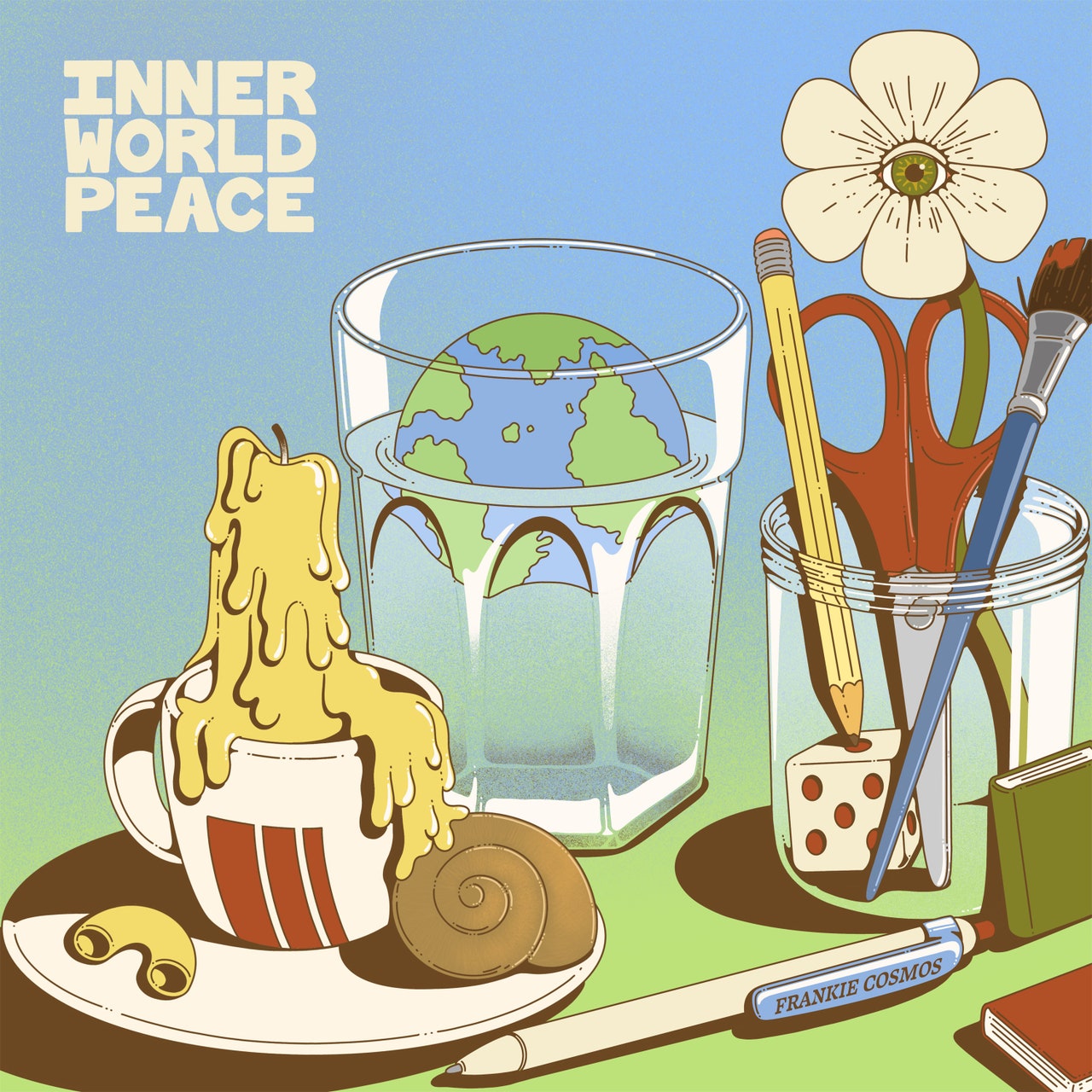 Frankie Cosmos have announced the new album Inner World Peace, scheduled for release on October 21 via Sub Pop. The band co-produced the album with Nate Mendelsohn and Katie Von Schleicher at Figure 8 Recording in Brooklyn, New York; Mendelsohn and Von Schleicher also mixed the LP. Below, watch the music video for the new song “One Year Stand.” The visual—directed and edited by Eliza Lu Doyle—stars the band’s Greta Kline and Alex Bailey.

“It feels like an encapsulation of the record in that it’s strange and vast while also being contained and interior,” Kline said of the new music video. “Clowning and playing are a huge part of collaborating for me and Eliza. We wanted to perform a dance without dancing—the kind of movements you fall into in private, banal moments, playing without even realizing. Choreographing together felt like we were in 6th grade again, all id and giggles. The album and the video were made in these environments of love and pleasure.”

Inner World Peace is the fifth studio LP from Frankie Cosmos. Greta Kline and her band’s previous record, Close It Quietly, arrived in 2019.