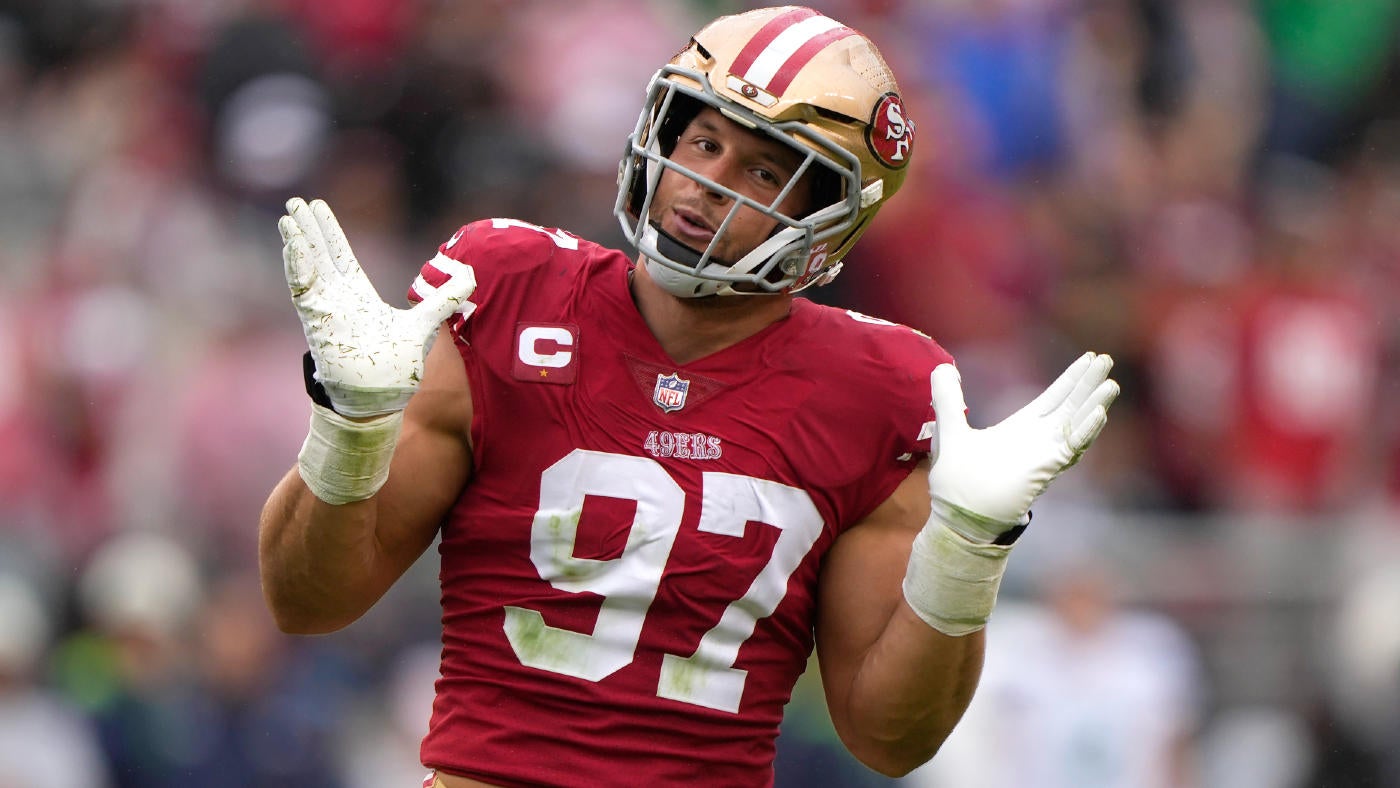 We’re just about a third of the way through the 2022 NFL season. Bye weeks are starting, narratives are taking shape, and we’ve seen just enough games to try to learn some lessons about what football is like this year. With that in mind, we’re taking a look at five of the biggest takeaways through five weeks.

1. Defenses are fighting back

Offense is and has been king in the NFL for quite some time now. But defenses have taken a step forward so far this season, and in a way that seems at least somewhat sustainable — at least against the current version of NFL offenses. More and more teams are playing with light boxes and two-high coverage schemes in an effort to take away explosive plays, which has forced offenses to try to matriculate the ball downfield more often.

As a result, we’re on track for the worst offensive season in five years.

Teams like the Cowboys, 49ers, and (to a lesser extent) Bengals and Patriots are being sustained by excellent defenses carrying scuffling offenses.

Specifically for Dallas and San Francisco, they have absolutely terrifying pass rushes led by Micah Parsons, Demarcus Lawrence, and Dorance Armstrong, and Nick Bosa, Charles Omenihu, Samson Ebukam, and Arik Armstead. They also have stars on the back end with Trevon Diggs, Jayron Kearse, and breakout Donovan Wilson; and Charvarius Ward and breakout Talanoa Hufanga. And they’re both getting fantastic linebacker play from Leighton Vander Esch and Anthony Barr, and obviously Fred Warner and Dre Greenlaw. Those are two units operating at an extraordinarily high level, and they have their teams in the mix with the likes of the best offensive teams to start the season.

Many of the top potential coaching candidates next offseason look like they will be defensive coaches. Guys like DeMeco Ryans, Dan Quinn, Jonathan Gannon, Lou Anarumo, Leslie Frazier, Raheem Morris, Jerod Mayo, and more should all be in the mix.

And that’s before we consider that the 2-3 Jaguars are sixth in the league in point differential (plus-31), three other 2-3 teams have positive point differentials (Bengals, Browns, Patriots), there are four 3-2 teams that have been outscored on the season (Jets, Chargers, Dolphins, Titans), the 4-1 Giants have yet to play a game decided by more than one score, and the 4-1 Vikings have won three consecutive one-score games.

So, yeah, the league is a lot more balanced this season than it has been in the recent past.

3. A bad offensive line can undermine your entire operation

Just look at the Rams. Or the Bengals. Or even the Steelers.

L.A. had one of the league’s best offenses last season. Now, Matthew Stafford and Co. can barely move the ball. The loss of Andrew Whitworth was bad enough, but now they’re dealing with a bunch of injuries along the interior and they just can’t block anybody. They had the misfortune to play the 49ers and Cowboys in back-to-back weeks, and also the Bills in Week 1, but man, it is rough for them up front at the moment.

Cincinnati was efficient and explosive last year despite a porous offensive line. The Bengals had supposedly rectified things this offseason by signing Ted Karras, Alex Cappa, and La’el Collins, but … not so much. Collins has been dreadful, and the rest of the line has struggled right along with him. Joe Burrow is under constant pressure, and Joe Mixon is averaging only 1.2 yards before contact per rush. Meanwhile, Najee Harris is 51st out of 56 qualifiers (25-plus carries) in the same stat. (Cam Akers is 55th, by the way.)

4. You still need stars at premium positions, either to sustain or level up

The lone undefeated team in the NFL, the Philadelphia Eagles, added star-level players at wide receiver (A.J. Brown), edge rusher (Haason Reddick), and defensive back (Chauncey Gardner-Johnson). Brown has helped take the offense to new heights and spurred Jalen Hurts’ ascension as a passer. Reddick is wrecking things up front. CJGJ and James Bradberry have solidified the back end.

The Dolphins added Tyreek Hill to Jaylen Waddle, and suddenly Tua Tagovailoa is one of the most efficient passers in the NFL. The Bills brought in Von Miller, and now he, Gregory Rousseau, Jordan Phillips, Ed Oliver, Carlos Basham, and A.J. Epenesa are destroying opposing offensive lines and the Bills defense still looks elite even without star cornerback Tre’Davious White. The Cowboys have built the entire ship around Micah Parsons, and it has helped Demarcus Lawrence, Dorance Armstrong, Dante Fowler Jr., Sam Williams, Osa Odighizuwa, and Neville Gallimore get off to fantastic starts to the season. (This seems reminiscent of how so many players — including Fowler — have had their best seasons playing alongside Aaron Donald.)

Meanwhile, the Packers are having big problems on offense without Davante Adams. So are the Titans without A.J. Brown. The Chiefs have been able to weather the storm without Hill because, well, they have Patrick Mahomes and Travis Kelce and Andy Reid. The Raiders added Davante on one side of the ball and Chandler Jones on the other… but their offensive line and secondary remain major issues, so they haven’t been able to take the same leap as other teams that added star talent.

5. Patrick Mahomes and Josh Allen are just better than everyone else

These two are tied atop the league leaderboard in EPA per dropback (0.31), according to Tru Media, and they have nearly identical passing statistics to date.

These guys are SHREDDING, and it is outrageously fun to watch.