Harlem is a neighborhood notorious for breeding rap stars, as a number of emcees have achieved greatness after walking its hallowed grounds. Yet, in 2001, Harlem appeared to be falling behind in the ever-present rat race to produce talent that not only moved the streets but the needle on radio and in the clubs. With Brooklyn’s own Jay-Z touted by many as the best emcee in the game, Fat Joe taking his reign of Terror from the Bronx to the Billboard charts, Queens poet Nas having returned to form with a comeback album, and Staten Island and Westchester County keeping some semblance of the gritty golden era vibes that defined the decade prior, Harlem was losing steam.

Around that same time, Harlem rapper Cam’ron was at a career crossroads, a quagmire that had the usually cocksure spitter in a state of uncertainty. After having been discovered by The Notorious B.I.G. and signing to the late rapper’s business partner Lance “Un” Rivera’s imprint Untertainment following Big’s death, Cam released his debut album, Confessions of Fire, in 1998. Scoring the Ma$e-assisted single “Horse & Carriage,” the album was certified gold, a promising start for the Uptown native.

Yet, trouble in paradise quickly arrived in the form of Untertainment’s distribution deal with Epic Records, resulting in Cam’ron’s contract being absorbed by the label. Resurfacing in 2000 with his sophomore effort, S.D.E., despite the album producing the street banger “Let Me Know” and the modest hit “What Means The World To You,” Cam’ron became disillusioned with Epic’s marketing and promotional rollout for the album, leading to the album’s underperformance in comparison to his previous effort.

Reaching out to longtime friend and fellow Harlem native Damon Dash to help facilitate a release from Epic, Cam’ron gained his walking papers in 2001, making him a free agent at an opportune time. Deciding to remain with Dash and sign to the brash mogul’s own label, Roc-A-Fella Records, Cam’ron began to put his plan for domination into motion.

Hungry for a bonafide star to occupy the space vacated by former Bad Boy Ma$e, who had abruptly retired from rap two years prior, Harlem was prime for the taking. And Cam’ron did just that, employing Harlemite DJ Kay Slay to help him and his crew, The Diplomats, feed the streets with mixtape material at a constant clip. Within months, Cam’ron had reemerged as a dark horse contender vying for the title of King of New York, which he would make a major run for with the release of his Roc-A-Fella debut, Come Home With Me.

Released on May 14, 2002, Come Home With Me was an instant success, debuting at No. 2 on the Billboard 200 with 226,000 copies sold in the first week. Powered by the singles “Oh Boy,” “Hey Ma,” and “Day Dreamin,” Come Home With Me was certified platinum by summer’s end, moving over one million copies in the U.S.

Featuring appearances from The Diplomats, Jay-Z, Beanie Sigel, Memphis Bleek, Daz Dillinger, McGruff, DJ Kay Slay, and Tiffany Calin, as well as production by Just Blaze, Kanye West,  Heatmakerz, Ty Fyffe, D/R Period, and more, Come Home With Me is an undeniable classic. Cam and his Dipset brethren’s uptown swagger left listeners around the globe infatuated and helped spark one of the biggest movements of a generation. It remains Cam’ron’s most commercially successful album of his career and is believed by many to be his best to date.

In celebration of the album’s impact and Cam’ron’s cult status, VIBE ranked every song on Come Home With Me for its 20th anniversary to determine how the album stacks up, track-for-track. 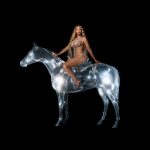 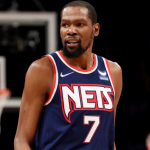