The majority of the talent acquisition period has been exhausted through free agency and the 2022 NFL Draft, but veteran signings (see: top 10 free agents available) may continue to trickle in over the next few months. The NFC’s deficiencies were dissected last week. Here is the biggest position of need for each team in the AFC:

Defensive tackle was also under consideration but the decision ultimately landed on cornerback. The Bengals were able to squeeze the most out of Eli Apple and Chidobe Awuzie last season. They have since added Cam Taylor-Britt. It would be unrealistic to expect a similar level of production out of that group this season. They lack a true lockdown boundary player that opens up so many scheming possibilities for the defense as a whole.

Buffalo’s roster is rather solid across the board. The argument is more about depth in a variety of places rather than the starting lineup itself. Defensive tackle is one position that appears to be lacking depth for the Bills. Ed Oliver was good last season and DaQuan Jones was respectable in his role, but the team has little behind the front line.

Denver did not do much to address the linebacker position this offseason. The Broncos signed Alex Singleton from Philadelphia but he comes from a franchise that viewed the position as being in need of an upgrade too. The return of a healthy Josey Jewell should certainly help, but that is one unit that could benefit from adding some experience prior to the regular season.

Defensive tackle is Cleveland’s biggest need and it is not particularly close. The Browns were in the market, but not desperate, for a veteran. Malik McDowell’s offseason shenanigans essentially assured he will never play in the NFL again. The team signed Taven Bryan to give them a bit of experience, but a lot of pressure is going to be placed on the shoulders of young draft picks like Tommy Togiai, Jordan Elliott and Perrion Winfrey. With questions also present at linebacker, the Browns could be at a disadvantage up the middle.

There is a case to be made for linebacker, but a healthy Drue Tranquill and the addition of free agent Troy Reeder, who has experience with Brandon Staley in Los Angeles, is an upgrade. The Chargers drafted Boston College’s Zion Johnson in the first round, but that fills one of those interior spaces rather than right tackle, which was a big problem for the team at times last season. The starting five should be improved, but there is an opportunity for the opposition to apply pressure from the right side.

Some media members were high on George Karlaftis during the pre-draft process. Others were not. I fall into the first category as having been a believer in the Purdue edge rusher’s potential. At the very least, he should offer more help in run defense. The issue is that he has not produced as a professional and Frank Clark has been woefully disappointing since joining the team in 2020. The ex-Seahawk has seen his sack totals dip each of his three years in Kansas City.

Question marks litter the wide receiver room as the franchise awaits Michael Pittman taking the next step in his career. Parris Campbell and Alec Pierce are two unproven players that will be counted upon heavily. However, cornerback is the biggest need right now opposite Stephon Gilmore, who turns 32 in September. To exacerbate matters, nickel cornerback Kenny Moore II — one of the better slot defenders in the league — is also looking for a new contract. Rock Ya-Sin was traded for Yannick Ngakoue and that forced Isaiah Rodgers into a larger role.

Despite the addition of Terron Armstead, the offensive line remains a work in progress with others stepping into new roles. Linebacker is the bigger issue though. The retention of defensive coordinator Josh Boyer was beneficial for Andrew Van Ginkel, Elandon Roberts and Jerome Baker, but the team has not gotten enough out of that group. Channing Tindall was added on Day 2 of the recent NFL draft, but there is no guarantee that investment pays off.

The offensive line and wide receiver positions are still concerning on offense, but Jacksonville lacks difference-makers along the interior defensive line. The additions of Travon Walker and Arden Key are somewhat neutralized by the limitations of that interior unit. The group — Roy Robertson-Harris, Davon Hamilton, Malcolm Brown and Foley Fatukasi — has had moments of success throughout their careers, but it is time for someone to step up and take advantage of the one-on-one opportunities sure to come from the upgrade in talent on the edge.

Few teams did as much to upgrade their roster this offseason as the New York Jets. They upgraded at edge rusher, cornerback, safety, wide receiver, running back and tight end. The one spot that was hardly addressed is one valuable in Robert Saleh’s defense, but widely considered insignificant — linebacker. San Francisco’s defense corralled opposing offenses with a wide 9 front because they had talented players like Fred Warner and Dre Greenlaw to handle all that was filtered inside. New York is relying upon a converted safety (Hamsah Nasirildeen), Jaguar cast-off (Quincy Williams) and the once highly-regarded C.J. Mosley to fulfill those same obligations.

There is a case to be made that wide receiver or linebacker are the most concerning aspects of Bill Belichick’s roster, but the choice has to be cornerback given the importance of man coverage play to his system’s success. Over the past year, the Patriots have lost Stephon Gilmore and J.C. Jackson. They signed Malcolm Butler and drafted Jack Jones and Marcus Jones to mask the deficiencies at the position. New England’s secondary will no doubt be versatile again, but the absence of a lockdown player on the boundary will be felt across the board.

The choice came down to the offensive line and the linebackers. The team’s overall success is more closely tied to offensive play so the offensive line is the lean. Dylan Parham was added through the draft and is expected to compete for a starting position this summer. His emergence would be a welcomed surprise given the overwhelming concern for that unit.

The future is now for Baltimore’s young receivers. Rashod Bateman and Tylan Wallace need to elevate their play this season in the absence of Hollywood Brown. Devin Duvernay and James Proche are two wide receivers from the 2020 class who will be asked to fill larger roles out of necessity. The Ravens are a franchise that makes a lot of sense as a landing spot for a veteran wide receiver as the team looks to iron out a long-term deal with quarterback Lamar Jackson.

Cornerback was an area of concern because the Steelers lack a top tier option. Levi Wallace and Cam Sutton are solid, however, and Tre Norwood looked the part at times also. They did well to address the interior offensive line, but offensive tackle is still the biggest question mark. Perhaps Dan Moore Jr. takes the next step in his career and Chukwuma Okorafor returns to form following an injury, but that is a lot to gamble on in a division that features Myles Garrett, Trey Hendrickson and other young pass rushers. It is not an ideal situation for a first-year starter at quarterback in their organization.

Houston has several needs on the roster. The team is rather vulnerable up the middle on defense particularly. While the Texans have some promising young edge rushers to develop, defensive tackle and linebacker are more of a concern. The hope is that third-round selection Christian Harris hits the ground running and his potential translates into production.

Tennessee’s roster is pretty solid across the board. There is a larger issue with the offensive strategy long-term, but that is not the question broached here. Frankly, the linebackers can play better than they did last season, but the talent is there. The talent is also present at cornerback but they need more from Caleb Farley and Kristian Fulton. 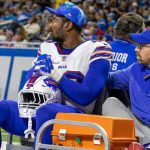