When Tom Coulis ordered ice cream, it wasn’t delivered to his Texas home in a traditional way.

Five minutes after ordering the sweet treat through Wing — owned by Google’s parent company, Alphabet — the item arrived in Coulis’ driveway by drone. Coulis could’ve ordered the item through an online delivery platform like Uber Eats or Doordash, but it would’ve taken a bit longer.

Wing, which recently launched in suburban Dallas, is already facing competition about 90 miles away. A company called Flytrex is focusing on Grandbury, Texas, with drones dropping off coffee in the backyards of people like Matt Bartholow.

“Oh, that’s hot,” said Bartholow, after sampling the coffee once it arrived.

For now, drone delivery is free. Users order from an app, a worker gets the item and loads and launches the drone, monitored by an FAA-certified operator.

Wing’s drones are designed and built in the U.S. and can carry about three pounds. A company study estimates in the Dallas area alone, drones could deliver about 2% of all purchased items. That saves people 39 hours of errand running a year, according to the study.

“We’re expecting to take some of these packages that would have been delivered by a 12,000 pound truck and instead deliver it with a ten pound aircraft,” said Tombo Jones, a Virginia Tech drone expert. “And the huge advantage there that we see is a large reduction in carbon emissions, as well as an increase in safety.”

Coulis hopes it takes off.

“I think the faster you get something, the better,” he said.

October 4, 2022
Occupant’s phone alerts responders to car crash that killed 6 in their 20s 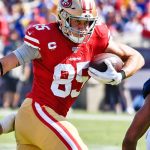