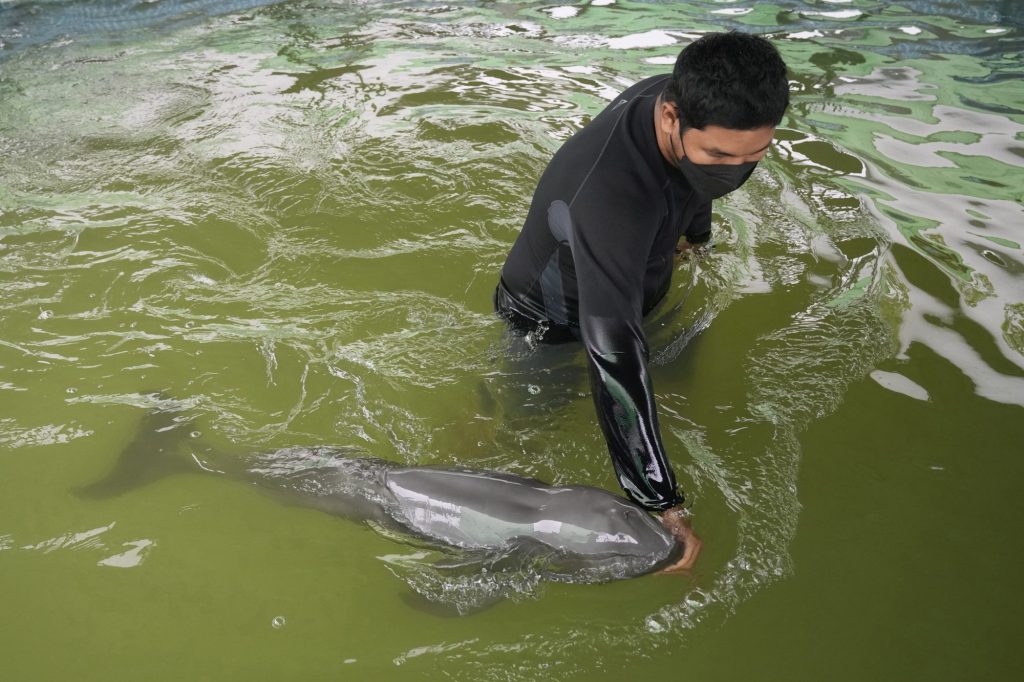 A dolphin calf found sick by Thai fishermen is making a successful recovery with the help of a team of volunteers.

Paradon, whose name means “brotherly burden,” was expected to die from its ailments after being rescued from a tidal pool last month.

Experts gave the dolphin a low chance of survival after it was found to be critically weak. At the beginning, Paradon even needed to be held up in the water by volunteer caregivers.

“We said among ourselves that the chance of him surviving was quite low, judging from his condition,” Thanaphan Chomchuen, a veterinarian at the center, said Friday.

Chomchuen added, “Normally, dolphins found stranded on the shore are usually in such a terrible condition. The chances that these dolphins would survive are normally very, very slim. But we gave him our best try on that day.”

Veterinarians and staff play with Paradon, feed him milk, and help him practice his motor skills in a small habitat. He’s cared for around the clock by a team of volunteers dedicated to walking him through recovery.

Paradon is not out of the woods yet as volunteers struggle to get him to eat every 20 minutes or so.

Thippunyar Thipjuntar, a 32-year-old financial adviser, is one of the many volunteers who come for a babysitting shift with Paradon.

“He does not eat enough but rather just wants to play. I am worried that he does not receive enough nutrition,” she told The Associated Press on Friday as she fed the sleepy Paradon, cradled in her arm.

She continued, “When you invest your time, physical effort, mental attention, and money to come here to be a volunteer, of course you wish that he would grow strong and survive.”

The calf shows no signs of its former infection and veterinarians are preparing for possible long-term care in Thailand until Paradon can hunt for its own prey.

The Associated Press contributed to this report.